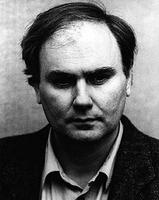 Donald Anstey Steven, composer, professor, performer, arranger (b at Montréal 26 May 1945). He spent several years in the folk and rock music fields before entering McGill to study composition with Bruce MATHER. After further studies with Milton Babbitt at Princeton, he returned to Canada in 1974 to lecture at the University of Western Ontario.

A member of the McGill faculty from 1975 to 1992, Steven then moved on to head the Conservatory of Music at the State University of New York at Purchase. Among his serious compositions are Lost Tracks in Time (1992) for solo MIDI guitar and tape, The Breath of Many Flowers (1986) for string orchestra, and In the Land of Pure Delight (1991) for amplified and electronic ensemble. In 1997 Steven was appointed Dean of the College of the Performing Arts at Roosevelt University, Chicago.