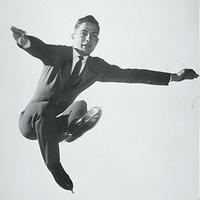 Donald Jackson, figure skater (b at Oshawa, Ont 2 Apr 1940). Winner of the Canadian senior men's figure skating title 1959-62, Jackson won the bronze medal in the Olympic Games and placed 2nd in the world championships in 1960. His greatest achievement was in the 1962 world championships, when he moved from a distant 2nd place after compulsory figures to win the title with a spectacular performance in free skating. His winning routine included the 1st triple-lutz jump in competition. Jackson joined a professional ice show in 1962, and in 1970 won the world professional figure-skating championship. He became a coach in 1969. Some authorities consider him the finest skater Canada has ever produced.