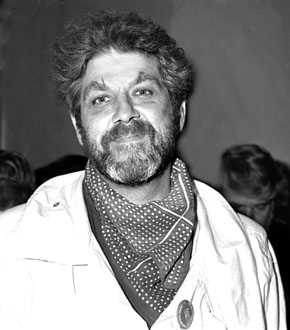 Donald Owen, director, producer, editor, writer (born 19 September 1931 in Toronto, ON; died 21 February 2016 in Toronto). Don Owen was a pioneering filmmaker who made two of the most significant English Canadian films of the 1960s. His first feature, the largely improvised Nobody Waved Good-bye (1964), was an important milestone in the development of narrative filmmaking in Canada, and his third, The Ernie Game (1967), won Canadian Film Awards for best feature film and direction. Owen’s films typically explore the role of artists and outcasts in society, and often blend dramatic, documentary and improvisational elements.

After studying anthropology at the University of Toronto, where he was also a budding young poet, Owen worked as a writer on industrial films and as a stagehand and assistant director at the CBC. He joined the National Film Board in 1960 and contributed cinematography to such seminal short films as La lutte (1961) and À Saint-Henri le cinq septembre (1962). While working with the NFB’s legendary Unit B under executive director Tom Daly, he directed the short films Runner (1962), about Olympic runner Bruce Kidd, and Toronto Jazz (1963), which profiled the jazz bands of Lenny Breau, Don Thompson and Alf Jones.

In 1963, Owen was assigned by Daly to direct a half-hour docudrama about a probation officer and a juvenile delinquent. He instead delivered Nobody Waved Good-bye (1964), a mostly improvised, now legendary feature on teenage angst and the generation gap. After an initially tepid response from the NFB, the film was submitted to the New York Film Festival, where it received critical acclaim. Subsequently it was released theatrically in Canada in 1965 and won the prestigious Robert Flaherty Documentary Award from the British Academy of Film and Television Arts (BAFTA) later that year. 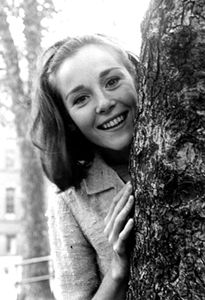 From film, Nobody Waved Goodbye, directed by Don Owen.
(courtesy National Film Board)

Owen followed up Nobody Waved Good-bye with the intriguing but unsatisfactory Notes for a Film about Donna and Gail (1966) and The Ernie Game (1967), a perceptive drama (and a rare NFB/CBC co-production) about the rebellious youthful spirit of the late 1960s. Originally intended as part of a trilogy marking Canada’s centennial, the film won Canadian Film Awards for best feature film and direction and was nominated for the Golden Bear at the Berlin Film Festival.

After a hiatus of nearly a decade from theatrical feature filmmaking, Owen released Partners (1976), an iconoclastic allegory of Canadian-American relations that ran into censorship difficulties over its explicit sex scenes. Unfinished Business (1984), a somewhat lacklustre sequel to Nobody Waved Good-bye, received five Genie Award nominations including best director and screenplay. The made-for-television movie Turnabout (1987) marked the end of Owen’s career as a director. In his later years he focused on painting and writing poetry.

Nobody Waved Good-bye and The Ernie Game remain two of the most significant English Canadian films of the 1960s. An inspired work that blends cinéma-vérité with fiction, Nobody Waved Good-bye is essential viewing for a serious understanding of film culture in Canada. It was named one of the Top 10 Canadian films of all time in a poll conducted by the Toronto International Film Festival in 1984, and was designated a masterwork by the AV Preservation Trust, which was dedicated to the preservation of Canada's audio-visual heritage until 2009.

In 2005, the Toronto International Film Festival held a retrospective of Owen's films and published the monograph Don Owen: Notes on a Filmmaker and His Culture by Steve Gravestock, the festival's senior Canadian programmer.

Following Owen’s death at age 84, government film commissioner and NFB chairperson Claude Joli-Coeur said that Owen’s “dramatic and documentary films were a bellwether of the times,” while Independent Production Fund CEO Andrea Sheffer said Owen “truly was a pioneer — he made Canadian cinema Canadian. He paved the way for future filmmakers where many could suddenly realize ‘wow, we can actually make films about Canada and they don’t have to look American or feel American.’ I think that was a big turning point in the 1960s.”

General Information (Notes for a Film about Donna and Gail), Canadian Film Awards (1967)