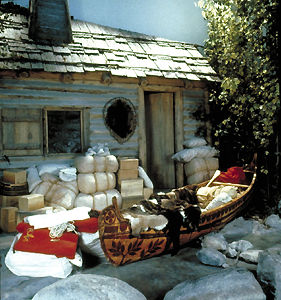 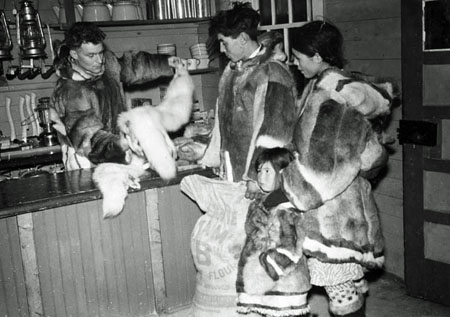 Most manufacturers make coats and most specialize in 2 or 3 types of fur only. Before the coat can be finished, it must go through a fur-cleaning process and some companies do only this. Some cleaners also maintain cold fur-storage vaults to house furs during the summer, but many retail furriers also have their own vaults. Fur factories are generally small, with 279 of the 280 factories employing fewer than 50 people; only one of the 280 operating factories employed more than 100 people in 1986. In that year there were 3700 furriers in the manufacturing work force, with about 2950 in Québec, 675 in Ontario and 75 in Manitoba. Almost all fur companies are Canadian owned; there is some foreign ownership, mainly American, in the retail sector and some Japanese investment in the manufacturing sector.

Fur garments have been made using hand techniques for more than 100 years, although new technologies have been introduced in the last decade. Innovations include cutting machines, an attachment to guide fur through the wheels of the fur-sewing machine, and a German invention for finishing a coat, ie, installing the lining, as well as German and Japanese machines that cut and sew a mink skin into a "let-out" stripe. Almost no research and development is done anywhere except in Germany and Japan, but innovation exists in Canada in dressing, dyeing and cutting.

Canada is known internationally as the producer of the world's finest furs. Jacques Cartier was met in 1534 on the shores of the St Lawrence R by Indigenous chiefs wearing the robes of their rank, hand sewn from beaver and bear pelts. Western Europeans wintering in Canada found it essential to tan and sew pelts they had obtained by trapping or barter, although the resulting garments could hardly be called fur coats, since there was no styling. A modest custom-fur business sprang up to meet the demands of voyageurs and traders who wanted better garments. Exported pelts were used mainly for men's hats, but gradually fur fashions began to appeal to women in Europe and Canada.

This demand created a market for custom furriers, who designed, made and maintained fur garments. The Hudson's Bay Co, formed in 1670 to collect pelts from Rupert's Land, slowly developed a garment business as well. From 1880 to 1920, many of the immigrants from Ukraine, Poland and Austria, as well as young men from England and Scotland, had had experience with the needle in Europe and went into Canadian fur stores and workrooms. The early custom furriers were Anglo-Saxon, but by 1930 Jewish immigrants had developed a wholesale manufacturing industry to serve the custom trade and the developing retail trade.

In 1933, as the Great Depression created financial chaos, manufacturers formed the Fur Trade Credit Assn of Canada, later the Fur Trade Assn of Canada. Retailers formed the Retail Furriers Guild of Canada. Each May the Fur Trade Assn and Trade Fair Entrepreneurs sponsor great fur fairs and international shows in Toronto and Montréal, where retailers order coats for August fur sales. The 1950s and 1960s brought many trained furriers from Greece, almost all being from the small town of Kastoria which had been totally employed in manufacturing fur items for 2000 years. The Greek furriers congregated in Montréal, Toronto and New York, and they are becoming a major factor in Canadian fur manufacturing. They have developed their own trade association in Toronto.

Fur-production workers can be trained on the job or at Toronto's George Brown College to become cutters (who cut the pelts to fit the pattern, using a pointed razor-bladed knife), operators (who sew the pieces together), blockers (who tack or staple the sewn sheets of fur to the tracing of the pattern) and finishers (who close the coat and install the lining, buttons, etc). The fur industry consumes relatively little energy because so much of the work is done by hand. Synthetic fur uses much more energy and its manufacture creates chemical pollution.