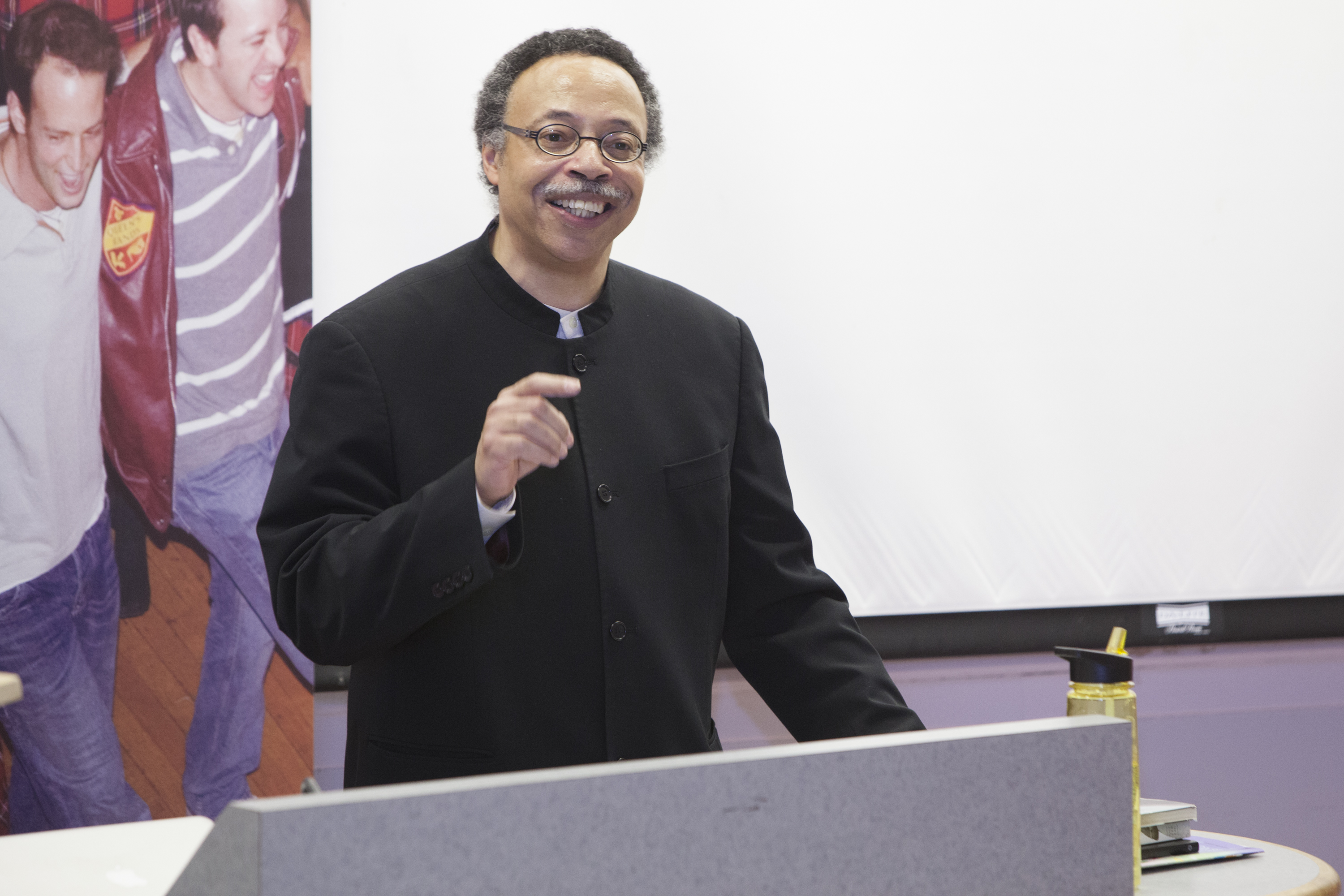 George Elliott Clarke was born near Three Mile Plains, a Black Loyalist community, and grew up in Halifax. He earned a BA at the University of Waterloo, an MA at Dalhousie and a PhD at Queen's University. Clarke taught at Duke University and McGill before joining the Department of English at the University of Toronto in 1999, where he was later appointed the first E.J. Pratt Professor of Canadian Literature.

Clarke's poetry, prose, drama and criticism document the history and culture of Black people in Canada, especially Nova Scotia, by interfacing the archival with the personal. George Elliott Clarke calls himself "Africadian," a term he coined to describe the descendants of Black United Empire Loyalists who came to the Maritime provinces in the late 18th century.

George Elliott Clarke's first book, the poetry collection Saltwater Spirituals and Deeper Blues (1983), reflects his interest in a Black historical consciousness and concludes with a sequence of poems written in the persona of Richard Preston. Lush Dreams, Blue Exile: Fugitive Poems 1978–1993 was published in 1994. Clarke won the Governor General's Literary Award for poetry for his 2001 collection, Execution Poems: The Black Acadian Tragedy of George and Rue. A prolific poet, Clarke published Illuminated Verses in 2005 and Black in 2006.

George Elliott Clarke has adapted many of his poetic subjects to other genres. His book Whylah Falls (1990) combines multiple voices and generic forms that constitute a community portrait. The book's poet protagonist, Xavier Zachary, struggles to find an authentic speech that reconciles his white education with his Black heritage. Clarke adapted Whylah Falls for radio (1996) and the stage (1997). Beatrice Chancy (1999) is a verse play that portrays slavery in early 19th-century Nova Scotia. Clarke wrote the libretto for the opera Beatrice Chancy, which premiered in Toronto in 1998 with Measha Brueggergosman in the title role and was later filmed for CBC television. His 2003 play Québécité began as a jazz libretto that he was commissioned to write for the 2003 Guelph Jazz Festival. The tragic subjects of Execution Poems are revisited and expanded upon in Clarke's 2005 novel, George and Rue. His dramatic poem Trudeau: Long March, Shining Path (2007) originated as an opera libretto.

George Elliott Clarke is also recognized as an important scholar and advocate for the study of Black Canadian literature. He edited an anthology of Black Nova Scotian, or "Africadian," writing, Fire on the Water (two volumes, 1991–92), which samples a wide variety of work from 1785 to the present, and Eyeing the North Star: Directions in African-Canadian Literature (1997). His critical study Odysseys Home: Mapping African-Canadian Literature was published in 2002.