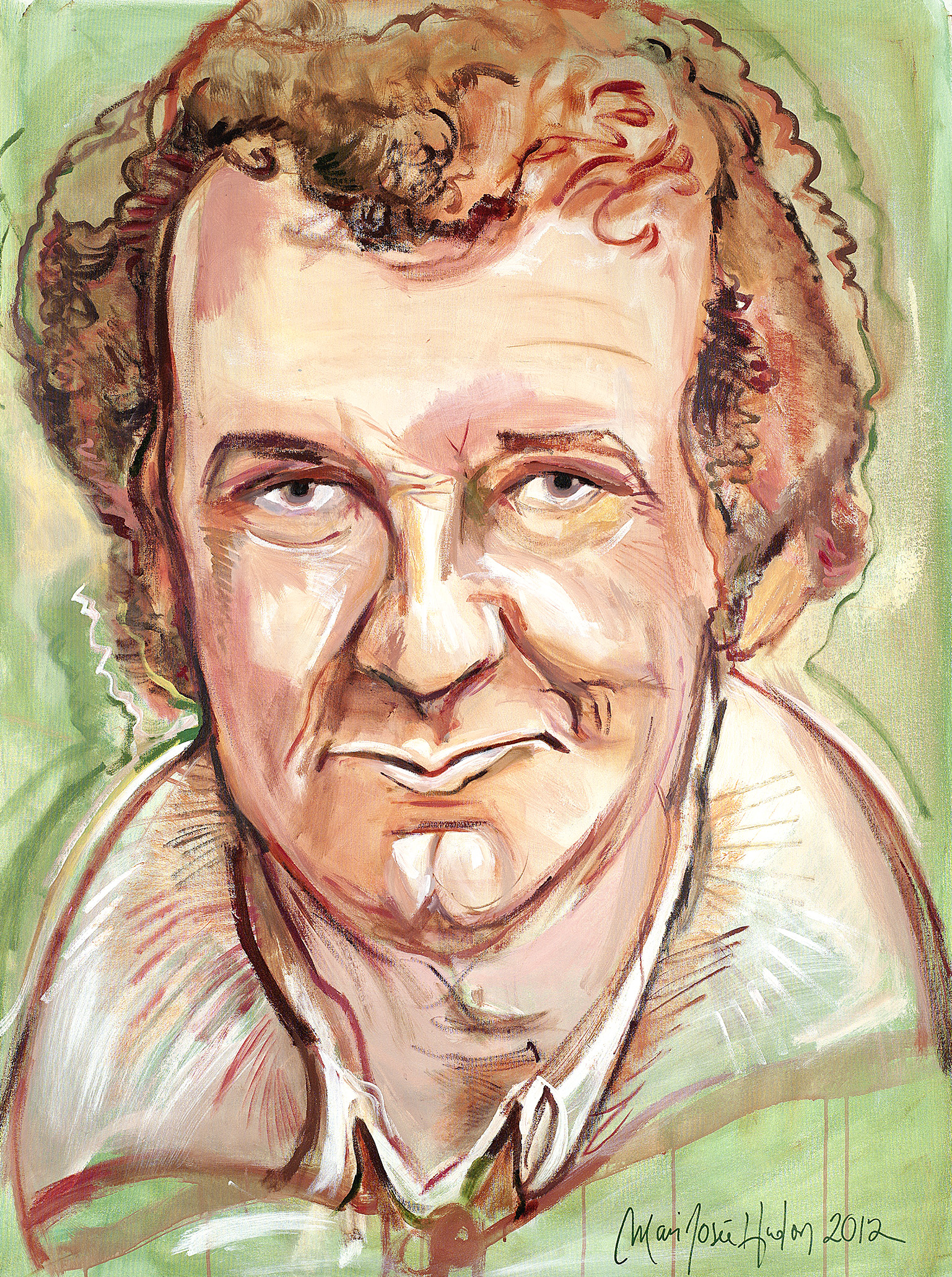 The son of Paul Godin, an ear, nose and throat doctor (an otorhinolaryngologist) who composed alexandrines (traditional French verse) in his spare time, Gérald Godin’s early life was steeped in poetry and art. He completed his studies at the Séminaire Saint-Joseph in Trois-Rivières in 1958 and finished a course at L’Université du Thêatredes Nations in Paris, France, in 1962.

Godin became interested in journalism early on. He worked at the Nouvelliste (Trois-Rivières) from 1958 to 1963, the Nouveau Journal (Montréal) from 1961 to 1962, then as a researcher and head of news at Radio-Canada from 1963 to 1969. In 1963, with other writers, he founded the magazine Parti pris, and headed the publishing house of same name from 1969 to 1976. He served as Director of Communications at Québec-Presse and was the interim director from 1973 to the beginning of 1974. He also wrote for Maclean’s (in English, a language in which he was fluent) from 1963 to 1969.

Godin published his first books of poetry in the early 1960s in the context of the Quiet Revolution. He published in total nine collections of poetry, including Chansons très naïves (1960), Poèms et Cantos (1962), Nouveaux Poèmes (1963), Les Cantouques (1967), Liberté surveillées (1975), and Sarzènes (1983). Soirs sans atout was published in 1986 and was reprinted under the title Ils ne demandaient qu'à brûler (1987), winning several awards including le prix Duvernay. In 1990, he published the novel, L'ange exterminé (tr. The Exterminated Angel), and in 1993 a final collection of poetry, Les botterlots.

While Godin was sympathetic to the concept of joual — the idea that the French of Québec is singular, accountable to neither — advocated by writers such as Jacques Renaud and André Major, he was also open to influences from such modernist writers as James Joyce and Ezra Pound. Godin’s first book, as one would expect from its title, remains relatively close to traditional themes and forms in French poetry. In a section of Chansons trés naives, for instance, Godin writes:

By the late 1960s, with the collection Les Cantouques, his work had become overtly political. In “Cantouque menteur,” for example, he writes:

In the years following the October Crisis in 1970, in which Godin, along with fellow writers such as Gaston Miron, was arrested and detained in the Parthenais Dentention Center in Montréal, his tone becomes more bitter and strident. The title poem of Libertés surveillées begins:

As a poet, Godin was a lover of words who revelled in rich regionalisms — from everyday English to casual Québec slang — to express, often violently, the profound discontent of those less fortunate. A keen observer of daily life, he depicted a seemingly simple world, in which opposition to injustice and the expression of human feelings are present on every page.

Gérald Godin’s poem “Tango de Montréal” is reproduced on a wall beside the Mont-Royal subway station in Montréal.

A Parti Québécois candidate in the Montréal district of Mercier in 1976, Godin defeated Robert Bourassa, then the departing premier and leader of the Québec Liberal Party. He served variously with the Ministry of Cultural Affairs and the Ministry of Justice, eventually becoming the Minister of Immigration in 1980. Re-elected in 1981, Godin was named Minister of Immigration and Cultural Communities and was a member of the Treasury Council. From 1982 to 1983, he was responsible for the passage of the French Language Charter (Bill 101) and by 1984 he was the minister responsible for the protection of the French language in Québec. Re-elected in both 1985 and 1989, he stepped down in 1994 as a result of his battle with cancer.