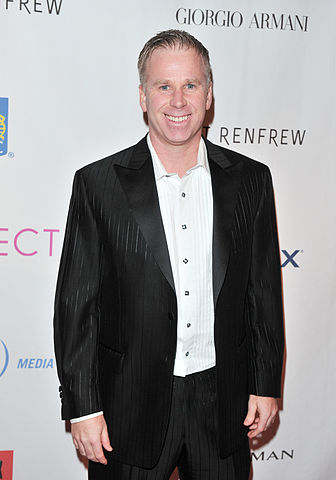 Gerry Dee attended De La Salle College, a Catholic high school in Toronto’s Summerhill neighbourhood. He graduated from York University with a degree in kinesiology and received his teaching degree from St. Francis Xavier University in Nova Scotia. An avid sports enthusiast, he played hockey, tennis and golf while pursuing his studies.

The combination of his athleticism and education put Dee on a path to become a phys. ed. teacher. He began his career working as a substitute teacher, and experience he later likened to “pulling teeth.” However, he credits pretending to be an authority on subjects he learned specifically for the class with allowing him to develop his skills as a performer. Substitute teaching led to a full-time job in 1994 when Dee became a gym teacher at his alma mater, De La Salle College. He also coached the school hockey team and led hockey schools in Toronto.

Dee’s career as a comedian began in 1999 when he took the stage at Yuk Yuk’s Comedy Club during an open mic night. He kept his day job, but began moonlighting as a comic, often for free. He eventually worked his way up to landing coveted Friday night gigs and won Toronto’s Funniest New Comic competition in 1999.

After recording a half-hour special for CTV and the Comedy Network’s Comedy Now in 2001, Dee made appearances at multiple comedy festivals, including the Montréal Just For Laughs Festival. He also found work in commercials and appeared on television shows such as Just for Laughs and National Lampoon Live. His breakthrough came in 2002 when he became the first Canadian to win the San Francisco International Comedy Competition. In 2003, Dee quit teaching to pursue comedy full time. He moved to Los Angeles and landed a spot on CBS’s Star Search, hosted by Arsenio Hall.

After auditioning unsuccessfully for the previous two seasons, Dee made his biggest appearance on American television in 2007 in the reality TV competition series Last Comic Standing. Dee finished in third place and later landed a gig on the sports network The Score as an irreverent interviewer who caught athletes off guard with hilarious questions. Dee’s star continued to rise in 2008 when he won Canadian Comedy Awards for Best Male Stand-Up and Best Taped Live Performance for his gig at the 2007 Just for Laughs gala.

Dee’s stand-up material typically draws on his former career as a teacher, while his teaching experience lends credibility to his jokes. He is known for his deadpan delivery and his squeaky-clean image, which partly stemmed from his effort to be discreet while working as a teacher during the day and performing in clubs at night. Dee capitalized on the wide appeal of his material, and the cachet of his result on Last Comic Standing, with the 2007 tour No Reading Ahead, the 2012 tour and DVD Life After Teaching, the 2014 live DVD Let’s Be Honest and the memoir, Teaching: It’s Harder than It Looks (2012), which offers a cautionary tale for aspiring teachers. The book became a national bestseller.

Dee popularized the role of Gerry Duncan when Mr. D premiered on CBC TV in January 2012. Mr. D lampoons Dee’s experience as a cocky, clueless and innocently ineffective high school teacher. The show is one of the broadcaster’s most successful and highly rated comedy series, with its popularity sustaining multiple seasons after debuting to 1.3 million viewers. Dee won a Canadian Screen Award in 2013 for his performance in the series.

In 2015, Dee sold the rights for the show to CBS for an American adaptation to be developed by Canadian-born actor Will Arnett. Dee also made a deal with CBC TV in 2015 to develop a new half-hour comedy series called My Scottish Family following the completion of Mr. D.