Gilles Carle, OC, GOQ, director, screenwriter (born 31 July 1928 in Maniwaki, QC; died 28 November 2009 in Granby, QC). A key figure in the development of Québec cinema, Gilles Carle was one of the most prolific and important talents in the Canadian film industry. An anti-elitist social satirist — he once described his movies as “social fables, allegorical tales rather than films of social protest” — he helped Québec embrace a more modern image as it emerged from the Quiet Revolution. Noted for their groundbreaking use of the joual dialect, his films typically centre on a beautiful, defiant woman, and are generally concerned with sexual themes and the lives of the working class. An Officer of the Order of Canada, a Grand Officer of the National Order of Québec and a Knight in France’s Légion d'honneur, he received numerous international prizes, Genies, Canadian Film Awards and a Governor General’s Performing Arts Award.

A Renaissance man with eclectic tastes and interests, Carle grew up in a dairy-farming and mining community in Abitibi, and earned a degree in advertising and marketing, painting and art history from the École des beaux-arts de Montréal. After further studies in art history in Paris, Rome and Bruges, he received a certificate in printing, engraving and photography from the École des arts graphiques de Montréal and a certificate in literature from the Université de Montréal.

He founded the publishing company Les Éditions de l'Hexagone with Gaston Miron and Louis Portugais in 1953, and was also involved in the creation of the magazines Écran and Liberté. While writing novels, plays and short stories, he worked as a publicist at the newspaper Le Soleil, as a literary and film critic for various magazine and newspapers, and as a graphic artist at the CBC (1955–60), where he also wrote screenplays.

Carle began working as a researcher at the National Film Board (NFB) in 1960, when the French production unit was expanding, and quickly moved into screenwriting and directing. He was part of a group of young Québécois filmmakers at the NFB — which also included Claude Jutra, Michel Brault, Pierre Perrault, Marcel Carrier, Claude Fornier and Gilles Groulx — who revolutionized the practical, ethical and artistic approach to documentary filmmaking while capturing the burgeoning identity of Québec’s Quiet Revolution.

Carle directed a number of short films, mainly documentaries, at the NFB before turning a short documentary about a snowplow driver into his first dramatic feature, La Vie heureuse de Léopold Z (1965). This affable comedy about a man trying to complete his Christmas Eve errands while clearing the streets of Montréal during a snowstorm featured groundbreaking use of the working class joual dialect and captured Québécois society of the day. The film won the Grand Prize at the International Festival of Montréal and was a box office hit in Québec.

After the NFB rejected several of his projects, Carle left to pursue work independently. He created audio-visual material for the Québec pavilion at Expo 67, directed the short documentary Le Québec à l’heure de l'Expo (1967) and directed television commercials. He then directed three feature films in three years with the independent company Onyx Films, beginning with the Godard-influenced Le Viol d'une jeune fille douce (1968), culminating in Red (1969) and Les Mâles (1970), both of which portray Métis and Aboriginal peoples adjusting to contemporary Québec society. These three films, combining Carle's commentary on Québec society with scenes of sex and violence, were commercially successful and generated a large popular following in Québec.

Following on this success, Carle embarked on a series of films starring his then-partner, Carole Laure. The humorous, titillating and tragic La Mort d'un bûcheron (1973) screened in competition at the Cannes Film Festival, and was a critical and popular success in Québec and France. Les Corps célestes (1973) portrayed a pimp establishing a brothel in 1940’s Québec. The fresh and original La Tête de Normande St-Onge (1975) blended eroticism, romanticism and fantasy. The low-budget box office failure L'Ange et la femme (1977) defied the conventions of commercial cinema and divided critics, and the musical comedy Fantastica (1980) presented an uneven mix of genre-bending and ecological activism.

Adapted from Roger Lemelin's famous novel, Carle’s Les Plouffe — a $5 million production that was broadcast as a six-hour television mini-series in 1980 and released as a feature film in 1981— was enthusiastically received and won seven Genie Awards, including nods for best screenplay and direction for Carle. He then tackled another Québec literary classic, Louis Hémon's Maria Chapdelaine (1983), starring Laure as the iconic heroine.

Carle spent much of the 1980s and 1990s alternating between a number of fine documentaries — Jouer sa vie (1982), about chess players; Cinéma, cinéma (1985), commemorating the 25th anniversary of French production at the NFB; O Picasso (1985), about artist Pablo Picasso; Le Diable d'Amérique (1990), a comic-historic piece on the Devil made for the 350th anniversary of Montréal; and Épopée en Amérique: une histoire populaire du Québec (1997), a powerful 13-episode series on Québec history — and a number of middling commercial films starring his partner, the actress and singer Chloé Sainte-Marie. He also won the Palme d'Or for best short film at Cannes for ONF 50 ans (1989), celebrating the 50th anniversary of the NFB. 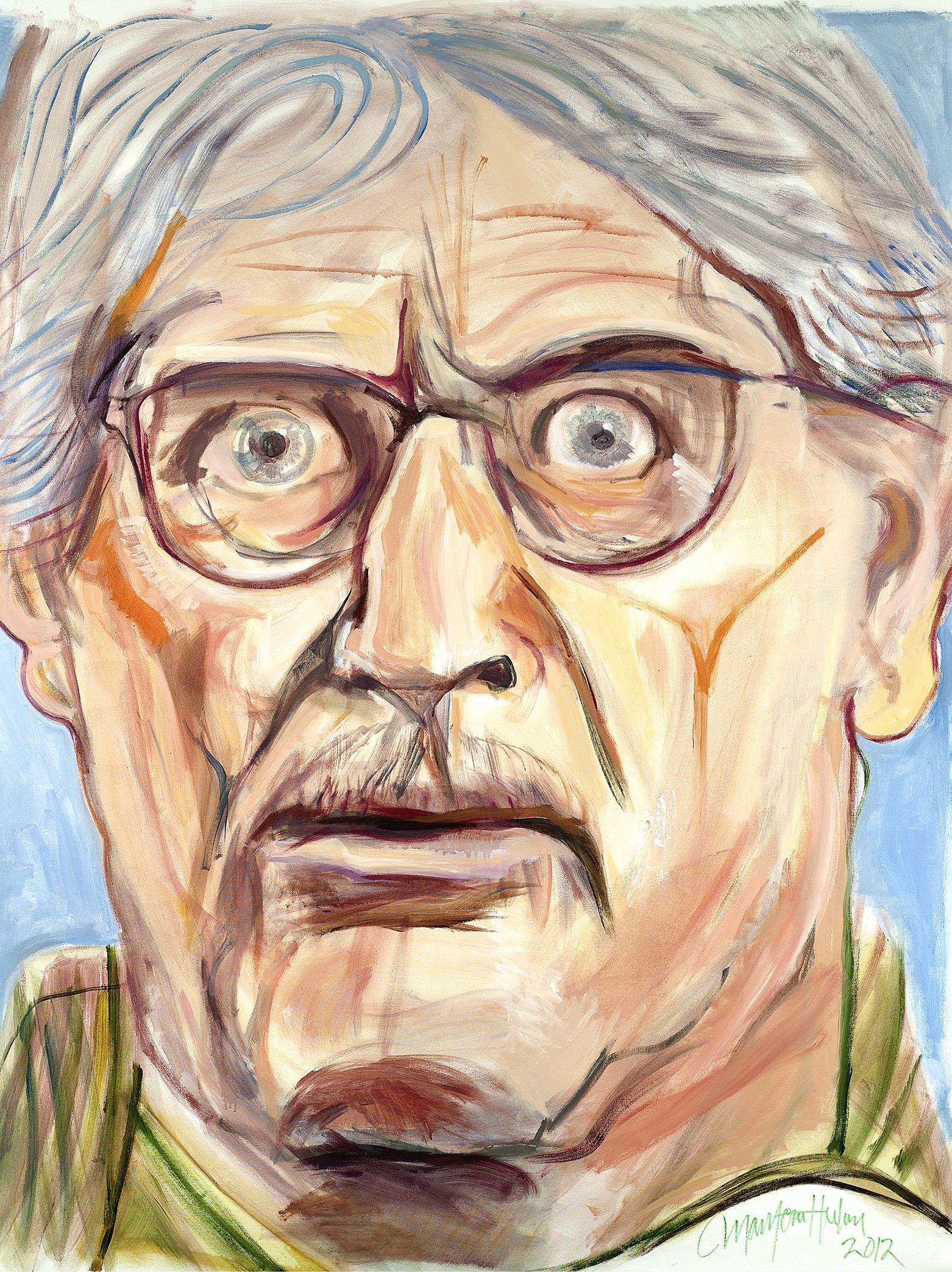 In 1994, Carle was diagnosed with Parkinson’s disease, though he continued to work for several more years. In 1998, he released an autobiographical documentary called Moi, j'me fais mon cinéma, in which he used his own films as archival material to tell his life story, comment on his work and retrace the development of his cinematic legacy. In 1999, the Cinémathéque Québécoise presented a complete retrospective of his work, consisting of 50 films and videos made since 1961.

Carle’s final screenplay — the autobiographical Mona McGill et son vieux père malade, written in 2000 — was used as the basis for Charles Binamé’s Prix Jutra-winning television documentary, Gilles Carle ou l’indomptable imaginaire (2005). Also in 2005, an exhibition of Carle’s paintings titled Gilles Carle: The Filmmaker, the Painter and the Man was presented in Montréal. An exhibition of his photographs and drawings, Parce-que c’est lui, was held at Montréal’s Bonsecours Market in 2010.

Carle’s 17-year-battle with Parkinson’s left him mute and confined to a wheelchair in the final years of his life. He died in 2009 at age 80 following a heart attack and complications from pneumonia. Saint-Marie supported him through his illness and, shortly before his death, opened the Maison Gilles-Carle, a nursing home in Montréal for chronically ill patients. In 2012, she founded the Fondation Maison Gilles-Carle, a charity that lobbies for support for caregiving facilities throughout Québec.

A state funeral for Carle was held at Montréal’s Notre-Dame Basilica on 5 December 2009. More than 2,000 people attended. Governor General Michaelle Jean said, “His style and inspiration place Gilles Carle among the pioneers who have given Québec and Canadian cinema its national and international dimension and luminous modernity.” Québec Premier Jean Charest called Carle “the founder of Québec cinema and one of the fathers of modern Québec,” while Bloc Québécois leader Gilles Duceppe noted Carle’s indelible contribution to the Quiet Revolution, saying, “He expressed what Quebec was during all those years, the transformation between the 50s. He opened the door for a lot of young people who are now on the international scene.”

See also: The Cinema of Quebec; Top Ten Canadian Films of All Time. 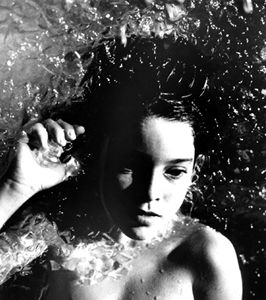