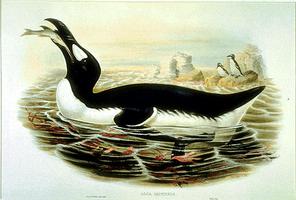 The great auk was destroyed by early explorers for food, by fishermen for bait and by hunters for feathers (artwork by John Gould).

The great auk (Pinguinus impennis), the largest and only flightless auk, is extinct. All auks are expert divers which swim underwater using their wings, but the great auk had flipperlike wings, too short for flight. It was the original penguin (true penguins are unrelated birds native to the Southern Hemisphere), and the largest recent member of the family Alcidae, probably weighing 5500-8000 g and stretching 65 cm long.

Great auks bred in large colonies at a few offshore islands in low arctic and boreal waters of the North Atlantic, from the Bird Rocks in the Gulf of St Lawrence to northern Britain. In winter, birds ranged offshore from southern Greenland to southern Spain and Florida. They were especially numerous on the Grand Banks. The main food was probably fish.

The great auk laid a single, large egg on bare rock and the breeding cycle was completed in about 7 weeks. Their pattern of incubation and chick-rearing may have resembled that of the razorbill, their closest living relative.

The great auk was destroyed by humans. Flightless, and colonial when breeding, it was heavily exploited by early explorers for fresh food, by fishermen for bait and, in the late 1700s, by commercial hunters for feathers. The largest and best-documented colony, on Funk Island, Nfld, had been destroyed by about 1800. The last known breeding pair was collected (3 June 1844) on Eldey Rock off southwestern Iceland. 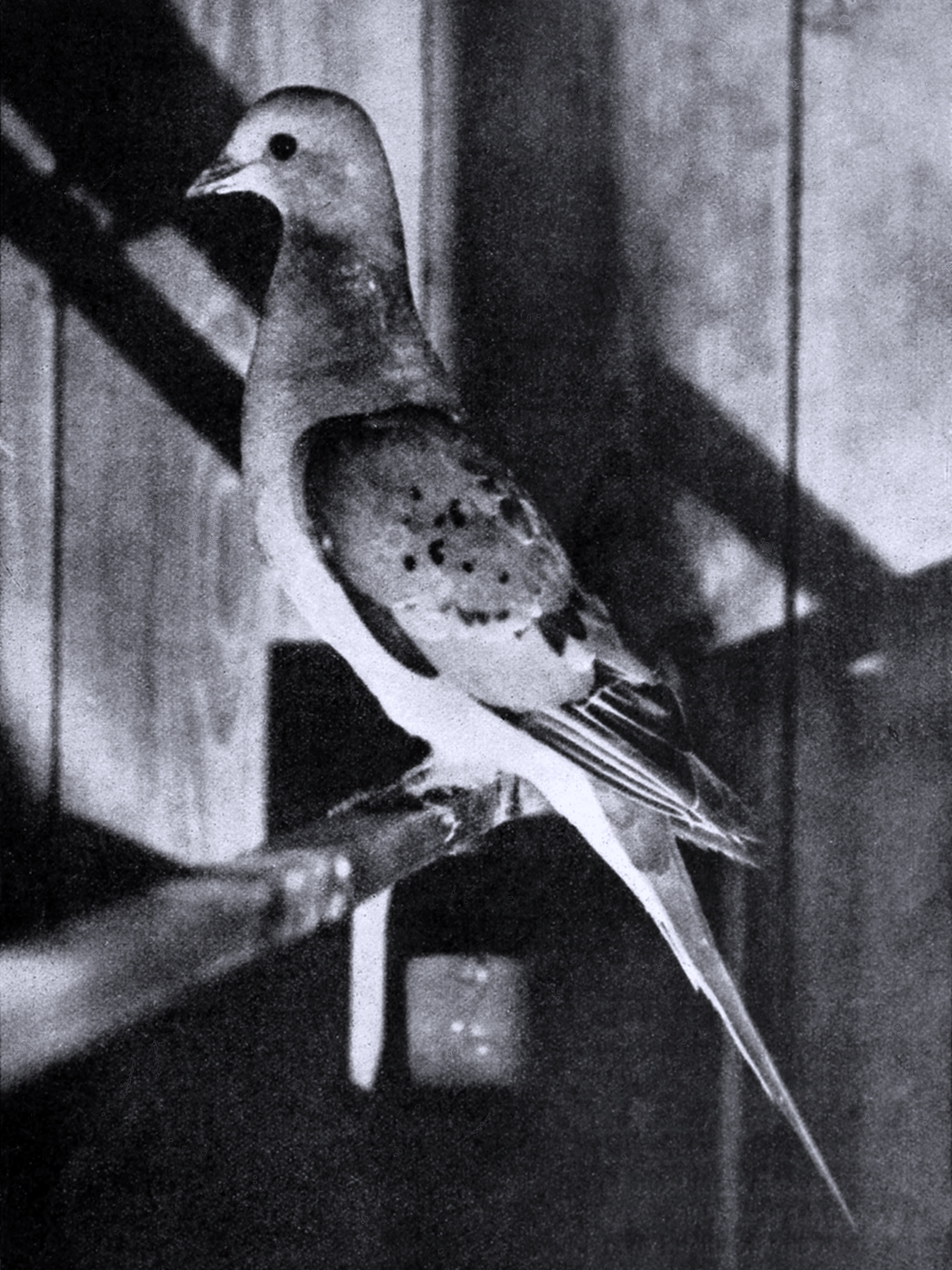