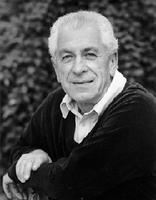 Harry Freedman , composer, English horn player (b at Lodz, Poland 5 Apr 1922, d at Toronto, 16 Sept 2005). He was one of the first nationally known composers to have trained almost entirely in Canada. Initially disposed to a career as an artist, Freedman attended the Winnipeg School of Art at age 13. After an interest in big band jazz led to clarinet lessons at age 18, he was introduced to the symphonic repertoire by teacher Arthur Hart. He also took up the oboe with Perry Bauman and studied composition with John WEINZWEIG, 1945-51. Freedman was with the TORONTO SYMPHONY, playing the English horn, 1946-71. In 1971 he was appointed the orchestra's first composer-in-residence, and thereafter devoted most of his time to composing.

Weinzweig's influence was manifest in Freedman's use of various aspects of the 12-tone technique, strictly in The Tokaido (1964) for chamber ensemble, and more informally in Tangents (1967) for orchestra. Several compositions were inspired by Canadian paintings: Tableau (1952), Images (1958) and Klee Wyck (1970). Freedman described Images as "an attempt at translating into musical terms the style of each of the three artists."

Freedman first won critical acclaim for his superb orchestration, a legacy of his symphonic experience, with Symphony No 1 (premiered 1961). Wit and humour are displayed in The Explainer (1976), a satire on the jargon of the music-appreciation lecturer. Freedman was declared Canadian Music Council Composer of the Year in 1980. Later works include Touchings (1989), commissioned by the percussion ensemble NEXUS (premiered with the ESPRIT ORCHESTRA 1992), and Town (1991), an orchestral tribute to Canadian painter Harold TOWN. Freedman also wrote music for theatre, television and film - notably for Paul ALMOND's Act of the Heart. He collaborated with Brian MACDONALD on Rose Latulippe, a ROYAL WINNIPEG BALLET commission, and on several other Royal Winnipeg ballets.

Freedman was named to the ORDER OF CANADA in 1984. He was appointed to the Jean A. Chalmers Chair, Faculty of Music, University of Toronto, in 1990-91, succeeding fellow composer John BECKWITH.