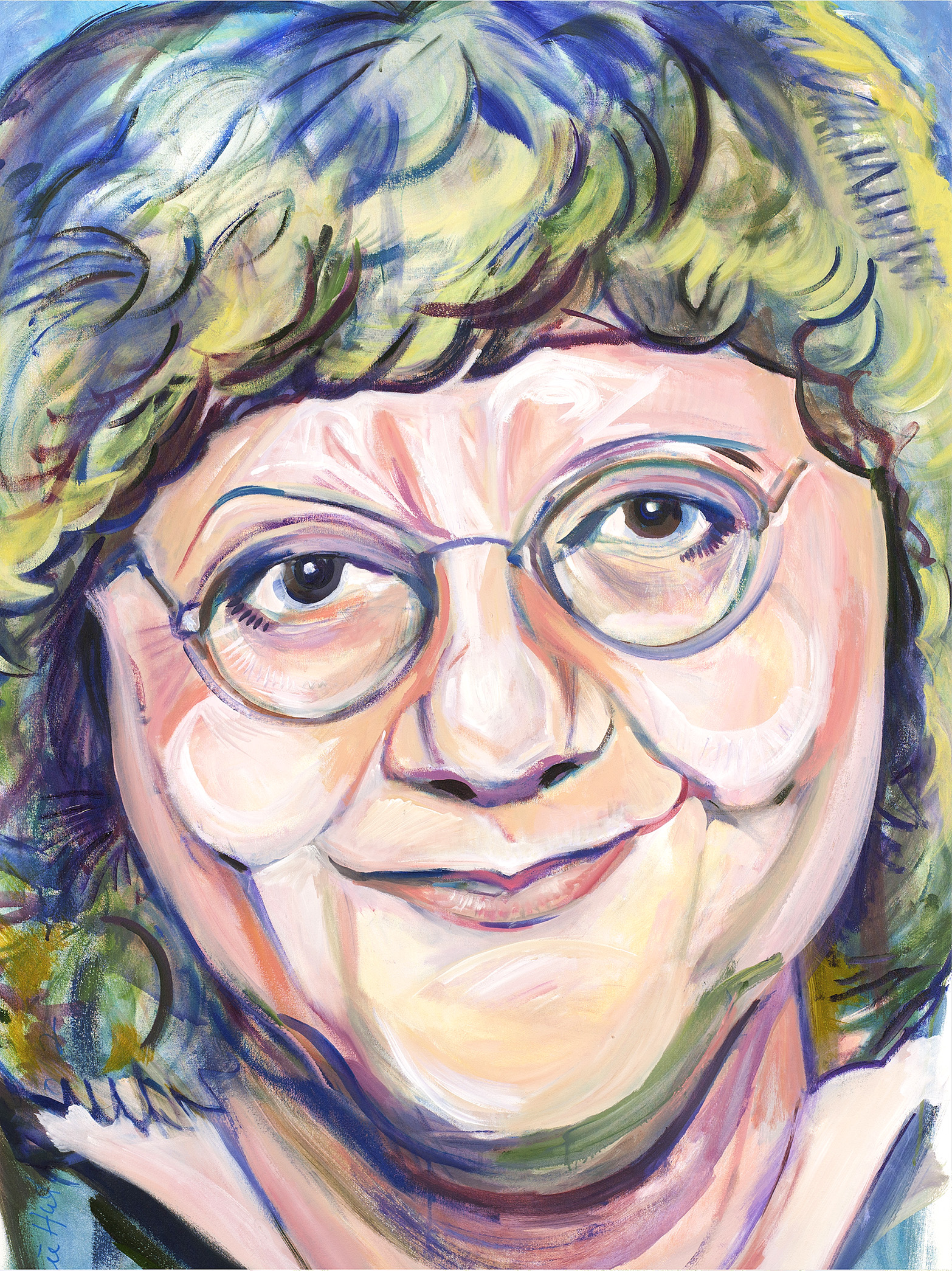 Hélène Pedneault, writer, columnist, journalist, scriptwriter, activist (born 14 April 1952 in Jonquière, QC; died 1 December 2008 in Montréal, QC). Hélène Pedneault was a writer and activist who was deeply involved in causes including environmentalism, feminism and Québec sovereignty. Her diverse body of work included journalism, news, biography, music, theatre and television. She was a founding member of the Council on Québec Sovereignty and was posthumously named Patriot of the Year in 2009 by Montréal's St-Jean-Baptiste Society.

Passionate about all forms of writing, Pedneault began her career in journalism in the Saguenay after studying literature at the CÉGEP in Jonquière. She gained prominence through her columns, Les Chroniques délinquantes, which appeared in the feminist magazine La Vie en Rose and were published as a collection in 1988 (republished in 2002).

Throughout her career, she wrote numerous editorials and commentaries for such Radio-Canada programs as Christiane Charrette, Indicatif Présent and Pensée libre. She wrote two biographies on actress and humorist Clémence Desrochers — Notre Clémence (1989) and Tout Clémence (1993) — and published a compilation of her columns written between 1984 and 2003, Mon enfance et autres tragédies politiques (2004), as a personal and political diary.

Pedneault wrote the lyrics for many songs by Marie-Claire Séguin, Richard Séguin and Sylvie Tremblay, as well as the song Du pain et des roses, which served as the theme for the Woman's March in Québec in 1995. In 1996, she wrote Robert Gravel, L'Homme qui avait toujours soif and adapted Françoise Loranger's Sous le signe du lion for television.

She also wrote for the theatre. Her play La Déposition (published in English as Evidence to the Contrary) premiered in Montréal in 1988. It has since been translated into five languages and has been performed in such countries as France, Italy, Belgium, Switzerland, Germany, Holland and the United States.

Pedneault managed a number of artists and organized several productions, including a show in 2013 highlighting the 30th anniversary of the Council on the Status of Women. She also produced several long-running television series for Radio-Canada, including Signé Loranger and Éloge de l'indignation.

Pedneault was a co-founder of Eau-Secours, a coalition for the protection of Québec's aquatic environment. She also co-founded the Council on Québec Sovereignty and served as vice-president to the executive of the board of directors in 2003. She was one of the signatories of the Manifeste pour un Québec solidaire in 2005, which led to the creation of the Québec solidiare party in 2006.

Throughout her career, Pedneault championed the cause of women, endorsing the values of equality, freedom and independence. She died of cancer at age 56 and bequeathed more than 100 books on drama, theatre and art to the Bleviss Family Library at the National Theatre School of Canada. Her papers are held at the Bibliothèque et Archives nationales du Québec. The book Qui est Hélène Pedneault? Fragments d'une femme entière — featuring reflections on Pedneault’s life and work from 68 prominent Quebeckers, including Lise Payette, Suzanne Jacob and André Brochu — was published in 2013.

The Société Saint-Jean-Baptiste of Montréal awarded the Prix Hélène-Pedneault for the first time in 2015. The prize honours a woman from Québec for her outstanding achievement in advancing the cause of women in civil society.