The playwright first gained recognition with his play The Rez Sisters 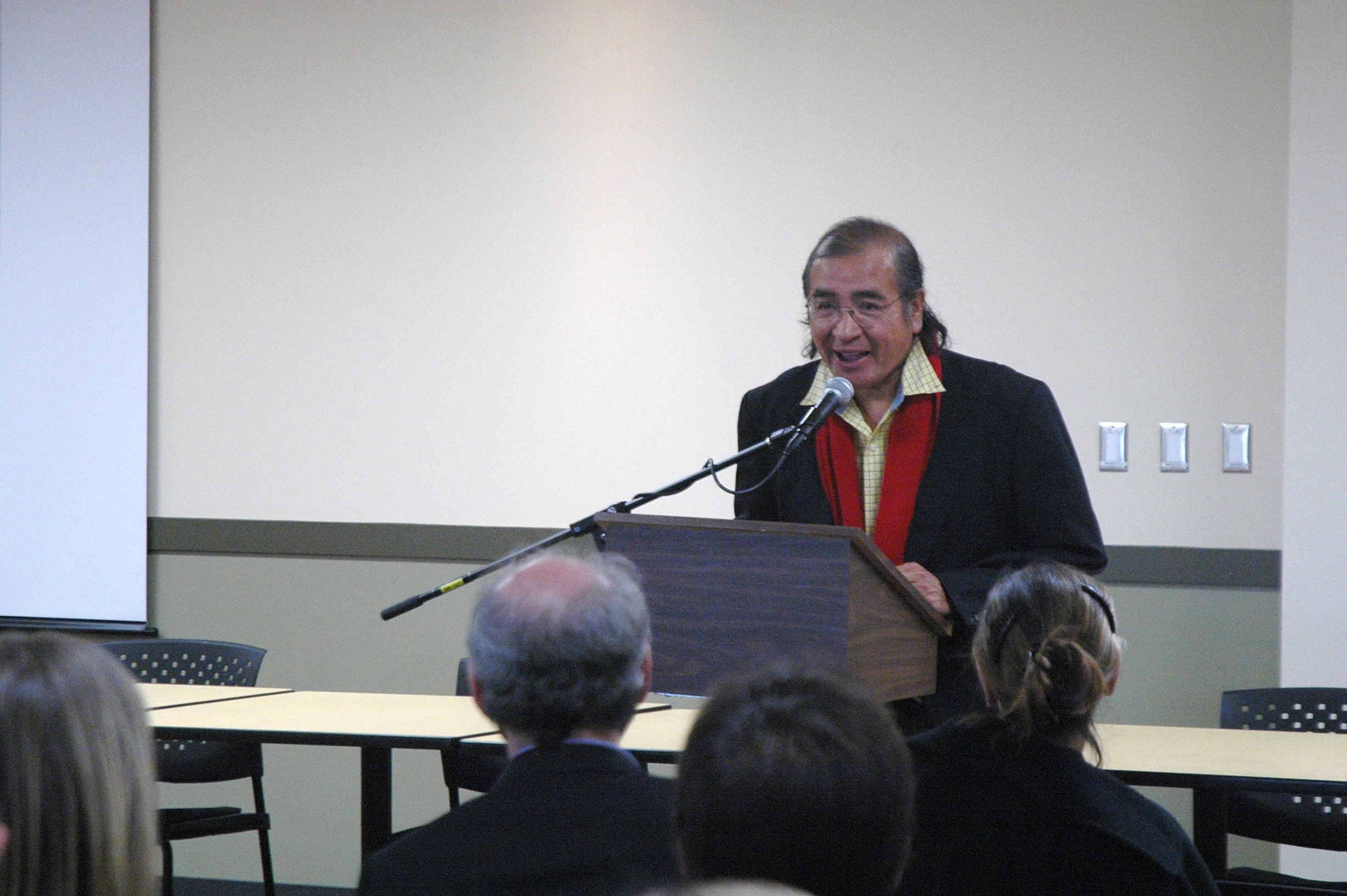 Tomson Highway was raised in northwestern Manitoba, the 11th of 12 children, to a family of caribou hunters. At the age of six, Highway was taken from his family by the Canadian government and placed in Guy Hill Residential School, which he attended until he was 15 (see Residential Schools). He completed his high school education in Winnipeg, boarding with white families, and later attended the University of Manitoba and the University of Western Ontario, where he studied music and English literature and worked with playwright James Reaney.

After graduating in 1976, Highway immersed himself in social work for the next seven years, working on reserves and in urban centres across Ontario. At the age of 30, compelled to record his wide-ranging experience of Indigenous life and to put his artistic training to use, he began writing plays.

Tomson Highway’s early plays — which concern Indigenous society and dramatize the beauty, durability and optimism of Aboriginal culture — include The Sage, the Dancer and the Fool (1984), A Ridiculous Spectacle in One Act (1985), New Song…New Dance (1986), Aria (1987) and Annie and the Old One (1988).

Highway’s two best-known works, The Rez Sisters (1986), which focuses on the dreams and fears of seven female characters, and its flip-side sequel, Dry Lips Oughta Move to Kapuskasing (1989), which features seven males struggling with various preoccupations, both won the Dora Mavor Moore Award and the Floyd S. Chalmers Canadian Play Award. Both were also nominated for Governor General’s awards. Set on the fictional reserve of Wasaychigan Hill in Ontario, the two plays include a highly theatrical Trickster who, as Highway describes it, is “as pivotal and important a figure in the Native world as Christ is in the realm of Christian mythology.” In contrast to the life-affirming impulse and humour of The Rez Sisters, Dry Lips is a darker, more violent and disturbing drama, though it offers hope that healing can take place. It was the first Canadian play to receive a full and extended run at Toronto’s Royal Alexandra Theatre. In 2010, Highway republished Rez Sisters and Dry Lips in the Cree language.

Some other Highway plays include The Incredible Adventures of Mary Jane Mosquito (1991); Rose (2000), which features characters from The Rez Sisters and Dry Lips;and Ernestine Shuswap Gets Her Trout (2004). In 2013, Highway wrote The (Post) Mistress,a one-woman musical about the post office clerk of a small Northern Ontario town who shares the stories of the letters she handles every day.

Other Writings and Activities

From 1986 to 1992, Tomson Highway was artistic director of Native Earth Performing Arts, one of Canada’s most prominent Indigenous theatre companies. His brother René, a dancer and choreographer, was also heavily involved in Native Earth. In 1990, René died of AIDS, a personal loss that triggered Highway to write his autobiographical first novel, Kiss of the Fur Queen (1998), about two Cree brothers who are removed from their homeland in northern Manitoba and enrolled in a boarding school. Subjected to abuse, hostility and humiliation, followed by violent confrontations on the racist streets of Winnipeg, the boys suffer a harsh transition to city life. The novel, however, also traces the brothers’ artistic destinies and their lifelong triumph over tragedy. The book was shortlisted for the Canadian Booksellers’ Association Fiction Book of the Year Award and the Chapters/Books in Canada First Novel Award.

Aside from numerous plays and his novel, Highway’s work notably includes three children’s books — Caribou Song (2001), Dragonfly Kites (2002) and Fox on the Ice (2003) — and the critical essay Comparing Mythologies (2003),which explores how Canadian culture is defined by a fusion of Indigenous and Western mythologies.

In 2005, he wrote the libretto for an opera in Cree and English, Pimooteewin, an adaptation of an Indigenous myth about the Trickster’s visit to the land of the dead, which premiered at the St. Lawrence Centre in Toronto.

In addition to honourary doctorates from universities across Canada, Tomson Highway’s many distinctions include the following:

A Ridiculous Spectacle in One Act, Rene Highway Collection, 1990

Ernestine Shuswap Gets Her Trout, 2005