Indigenous territory — also referred to as traditional territory — describes the ancestral and contemporary connections of Indigenous peoples to a geographical area. Territories may be defined by kinship ties, occupation, seasonal travel routes, trade networks, management of resources, and cultural and linguistic connections to place. 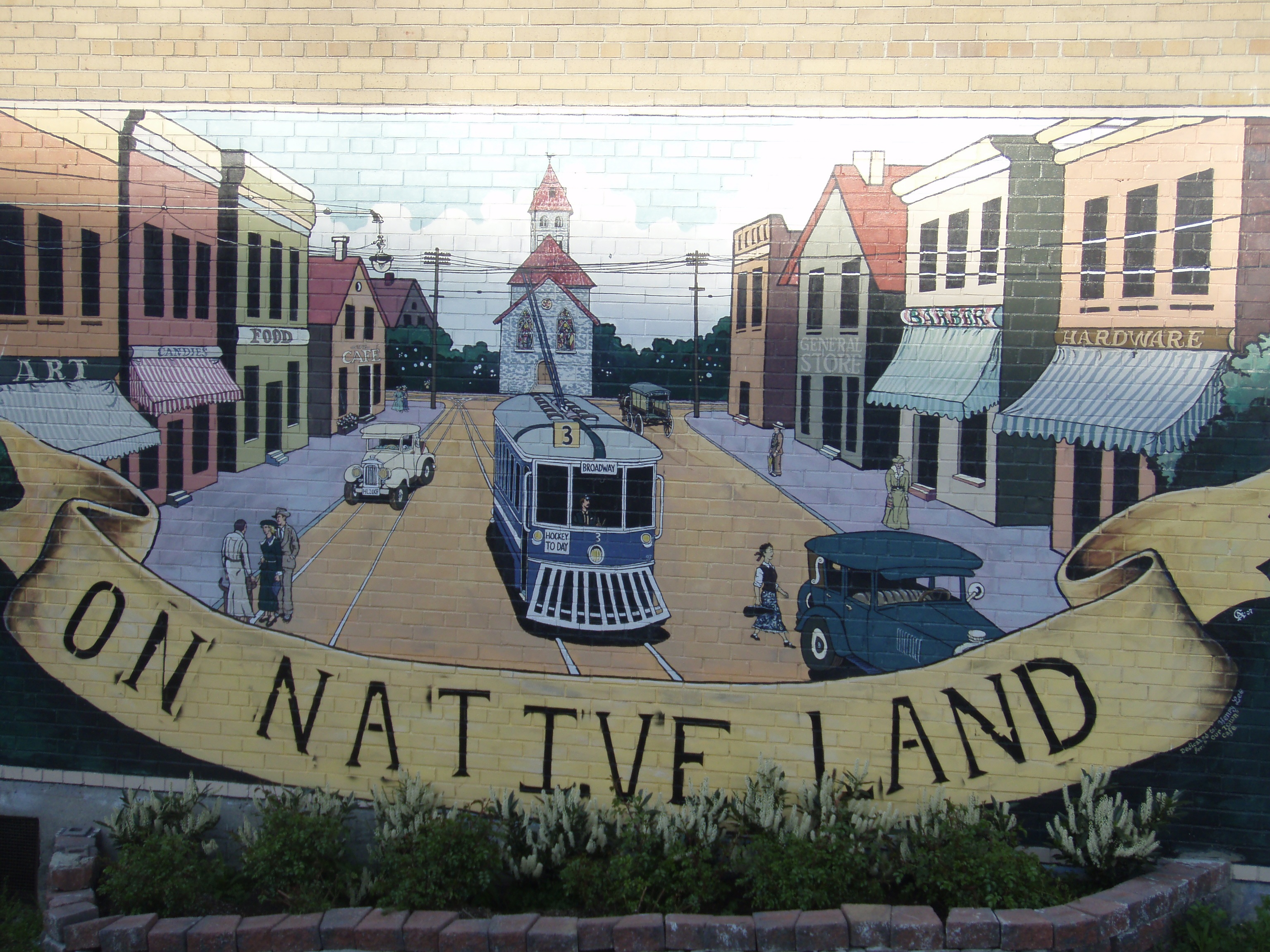 Mural on a building around the intersection of Main and Broadway in Vancouver, British Columbia, 2008. Artist unknown.

The accompanying map, developed by Native-Land.ca, is a resource that can be used to identify the traditional territories of Indigenous peoples across Canada. It was created using a variety of resources, including consultation with Indigenous communities. The map is a work in progress and is constantly under review. Users are invited to submit feedback and corrections by clicking the link on the map.

There are many differences between Indigenous views on territory and Canadian legal and political definitions of territory. Indigenous understandings of territory are based on worldviews that are both complex and culturally specific, and represent a variety of multi-faceted relationships and ancestral connections to place since time immemorial. Territorial boundaries and protocols around resource use differ between Indigenous nations, and have a strong emphasis on kinship ties.

Kinship ties can determine who has access or authority over resource management or harvesting sites in certain areas, e.g., through hereditary chiefs, family ties, marriage or clans. Since relationships are constructed in different ways, boundaries between territories can be fluid and complex. In an example from British Columbia, some First Nations, such as the Coast Salish, have less rigid hierarchies of kinship ties that determine land use and occupancy within a territory shared by families. Other First Nations, such as the Tsimshian, have a more strict system of ownership and use defined by descent groups and clans.

Oral histories shared between generations also contain traditional knowledge about ancestral territories. These stories provide information about an Indigenous nation’s territory through knowledge of use patterns and observations about ecological systems and past events that have occurred through thousands of years of occupation. Seasonal resource use and travel involve an intricate knowledge of the land, informed by oral histories and traditional knowledge. For example, Inuit hunters tell stories about their travels to inform other hunters about the locations of villages and food. The Inuit also use inuksuks as a means of marking where they have been and who they are. This experiential way of knowing a place gives a living definition to territorial boundaries. 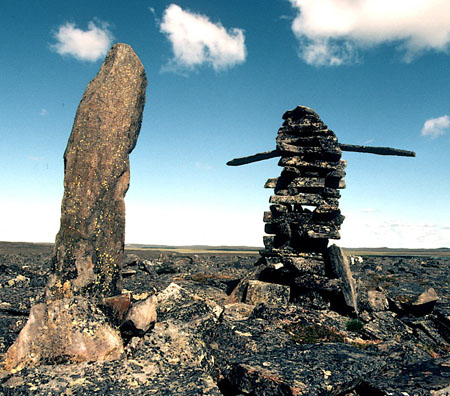 While Indigenous definitions of territory are generally more fluid than colonial interpretations — depending on relationships between neighbouring Indigenous nations — Canadian legal frameworks of understanding territory are based on geographical areas that are divided and defined by major political units, such as provinces and cities. Prior to the colonial settlement of Canada, the idea of the nation-state as defined by Western political science did not exist in Indigenous political understandings. Various Indigenous nations had their own political structures which varied depending on the complex cultural history of each region and group. Colonial settlers imposed the concept of the nation-state, and its territorial definitions, upon Indigenous communities.

Today, First Nations recognized by the Canadian government operate as bands defined by the Indian Act, while simultaneously incorporating aspects of their traditional governance and ruling systems. The Inuit are also recognized by the Canadian government as Indigenous peoples, and govern their own territory. This is defined as Inuit Nunangat, which includes 53 communities across four regions: Inuvialuit (in the Northwest Territories and Yukon), Nunavut, Nunavik (in Northern Quebec) and Nunatsiavut (in Labrador). The recognition and establishment of self-governing Indigenous bands on traditional territories has changed the face of Canadian territory. The creation of Nunavut in 1999, for instance, significantly altered the political and territorial boundaries of the Canadian North. While many Indigenous nations still struggle to have governments recognize their traditional territories, there is increasing recognition of Indigenous concepts of territory and mapmaking. (See also History of Cartography.)

Colonial maps can be both helpful and harmful to Indigenous peoples. Maps produced by explorers and early settlers are some of the best documentation of which nations were living where at time of contact, and can help Indigenous peoples demonstrate their claim to their territory. However, these maps rely on fixed boundaries and distinct borders, and do not adequately reflect complex social systems with shared or braided territories between Indigenous nations. The mapping of territorial boundaries between Indigenous nations, which continues today, can cause tension and conflict between kinship groups that have relationships extending across these boundaries.

Difficulties mapping Indigenous territory can also arise when the researcher and Indigenous knowledge holder do not share the same language and worldview. Europeans with little knowledge of Indigenous languages and cultural practices produced colonial maps, so they must be understood as incomplete reflections of the reality on the ground at the time. For example, if an explorer in an area shared by multiple Indigenous nations made a map based on information they received from an informant from one nation, their map would reflect that individual and that community’s understanding of the area and would not include the perspectives of other nations in the area. That same map used today may privilege one nation’s claim to territory over the others because only one was documented on the map, even though multiple nations shared the territory at the time the map was made.

People working with colonial maps today must remember this when interpreting the data on the map, and understand that no map can ever fully or accurately reflect the reality of what was happening in an area when Europeans arrived. Some boundaries are not drawn correctly due to distortions on colonial maps. For example, Algonquin traditional territory in the Ottawa River watershed of Ontario was excluded on maps after the drawing of the boundary line between Upper and Lower Canada in 1791. Some Indigenous nations, including the Algonquin, have started projects to remap their territory, and have found that original maps were not drawn accurately. This remapping of territory through an Indigenous lens is also known as counter-mapping. This is significant, as these colonial maps continue to be used to assert political boundaries.

Since Europeans began mapping traditional territories, there have been disputes between Indigenous peoples and provincial and federal governments over the boundaries of traditional lands, and the rights to own, govern and use resources on those lands.

Regardless of whether a First Nation has signed a treaty, each group’s understanding of its traditional territory is more detailed and specific than what is defined by the Canadian government. First Nations governments and their land management offices define their traditional territories based on the oral history and knowledge of their Elders and community members. The community itself is the best source of information regarding its territory. (See also Indigenous Self-Government in Canada).

Aboriginal title in Canada refers to Aboriginal rights to land based on long-standing land use and occupancy by contemporary Indigenous peoples and their ancestors as the original peoples in Canada. In the Canadian legal system, Aboriginal title is recognized as sui generis, meaning it is the unique collective right to use of, and jurisdiction over, ancestral territory and is separate from the rights of non-Aboriginal Canadian citizens under common law.

Recent developments in Indigenous law have made Traditional Land Use (TLU) studies essential tools for environmental assessments and regulatory processes as well as litigation related to Aboriginal title and rights. These studies create map biographies of knowledge and use by documenting information such as fishing sites, hunting sites, gathering sites, trails and cultural areas. They translate historical, social and geographical evidence of use and occupation into a language familiar to a non-Indigenous Canadian audience by capturing spatial data about lived experiences.

This sign welcomes newcomers to Iqaluit, Nunavut. In 1987, the town of Frobisher Bay changed its name to Iqaluit, which means "fishes " in Inuktitut. Iqaluit was the term that the Inuit used before the location was renamed after Martin Frobisher, the English explorer who navigated the region in the 1500s. It was selected as the capital of Nunavut on 19 April 1995.

From the time European explorers first came to North America, they gave names to the places they were exploring, and this process of naming continued as settlers arrived and colonization began. The Indigenous peoples living in these places already had names for these places in their own languages, but these names were rarely recorded by explorers and settlers, and almost never used as the official name. As a result, Indigenous place names were largely erased from the landscape because they were not shown on maps.

Because Indigenous cultures use oral history to document and transmit knowledge, however, these place names have been maintained in communities through oral tradition, and many people still use these names to refer to places that have colonial names on maps. In recent years, there has been a resurgence of Indigenous place names in Canada as Indigenous nations have worked with local governments to restore these names to places by officially changing them on maps and public signage. 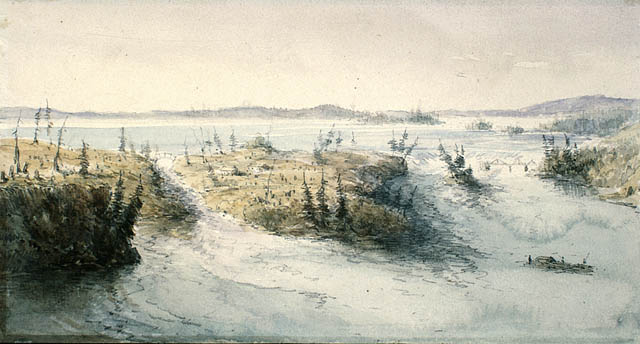