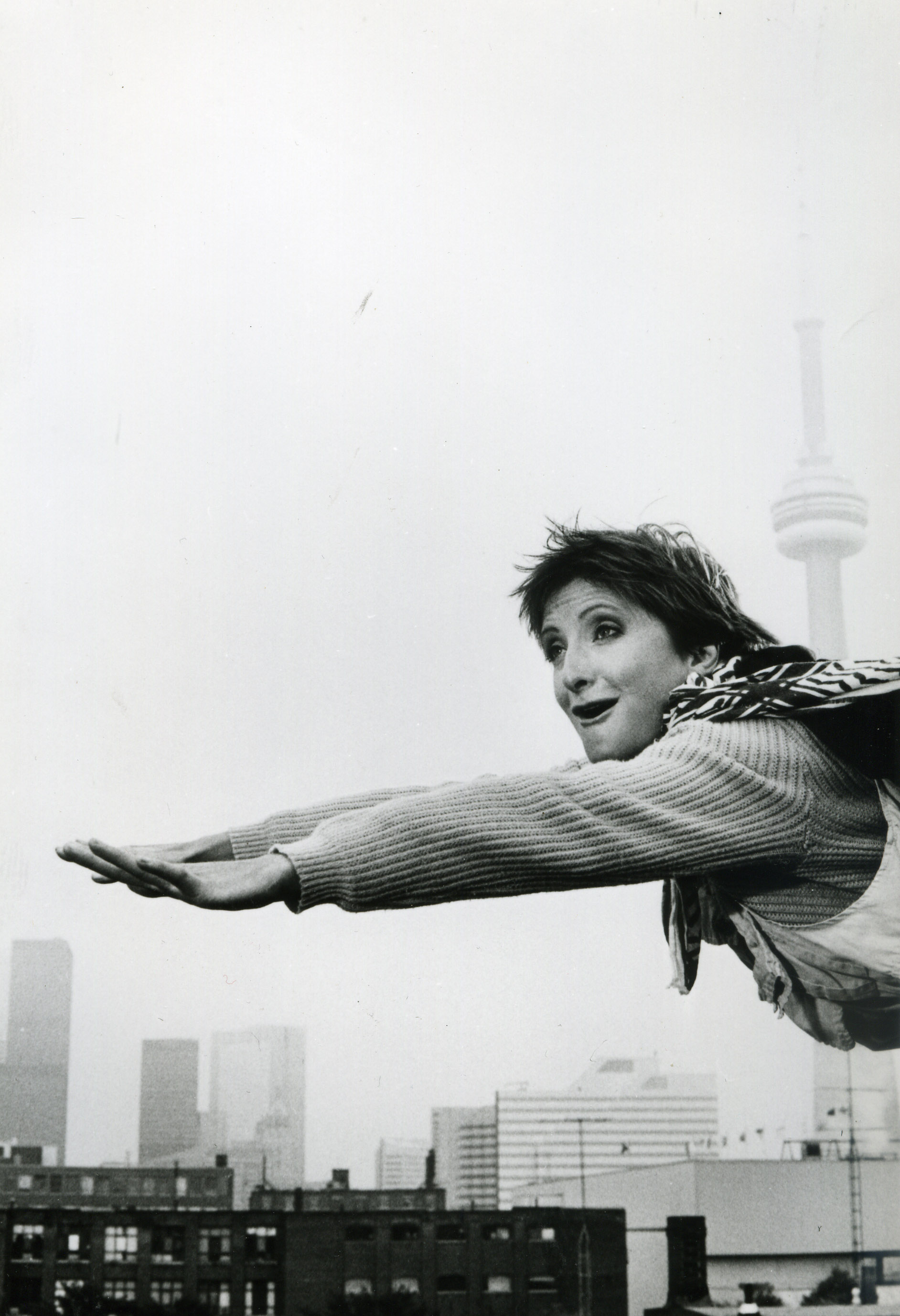 Made for around 0,000 and grossing more than million worldwide, Mermaids became one of the most profitable Canadian films ever. It helped legitimize the pursuit of artistic, auteurist cinema, which ran counter to the tax-shelter era.

Rozema, a Calvinist who didn’t see any films until she was 16, started out in the film industry as an assistant to Don Owen before working as an assistant director under Ken Finkleman and David Cronenberg. After working in television and enjoying some success with her first short film, Passion: A Letter in 16mm (1985), she and producing partner Alexandra Raffé secured funds from the Ontario Film Development Corporation (OFDC) and Telefilm Canada to film her first feature. It was shot in 23 days and borrows its title — a reference to a yearning for artistic genius — from the T. S. Eliot poem “The Love Song of J. Alfred Prufrock,” which reads: “I have heard the mermaids singing each to each. I do not think that they will sing to me.”

I've Heard the Mermaids Singing centres on the engaging and whimsical Polly Vandersma (Sheila McCarthy), a naive and “organizationally impaired” temporary secretary and amateur photographer in Toronto. Polly tells the story of her unwitting involvement in art fraud to a video camera stolen from her workplace. Though timid and gauche on the outside, she leads an intense inner life. Her fantasies of flying, walking on water and conducting a Beethoven symphony are represented in black and white sequences which punctuate the film.

Polly falls in love with the beautiful and sophisticated Gabrielle St. Peres (Paule Baillargeon), who hired her to assist in the running of a trendy art gallery. Motivated by adoration, Polly smuggles a picture by Gabrielle into the gallery for display, initiating events which eventually reveal a conspiracy between Gabrielle and her lover, Mary Joseph (Ann-Marie McDonald), to pass off Mary's artwork as Gabrielle's. After an angry confrontation, Polly returns to her apartment to complete the video of her confession. The film ends on an ambiguous note with Polly either having achieved a reconciliation with Gabrielle and Mary, or having launched into another of her dream fantasies.

With its emphasis on an eccentric, single woman, its non-sensational representation of lesbianism and its imaginative use of video-in-film to construct Polly's retrospective narrative, Mermaids emerged as an unusual mainstream Canadian film. Yet Patricia Rozema uses these strategies, often associated with experimental and feminist counter-cinema, to tell the story not of a radical, self-confident woman, but of an endearing, gamine-faced klutz. Polly's qualities of innocent good-heartedness, read by some viewers as essentially Canadian, earned the film international legions of charmed viewers. 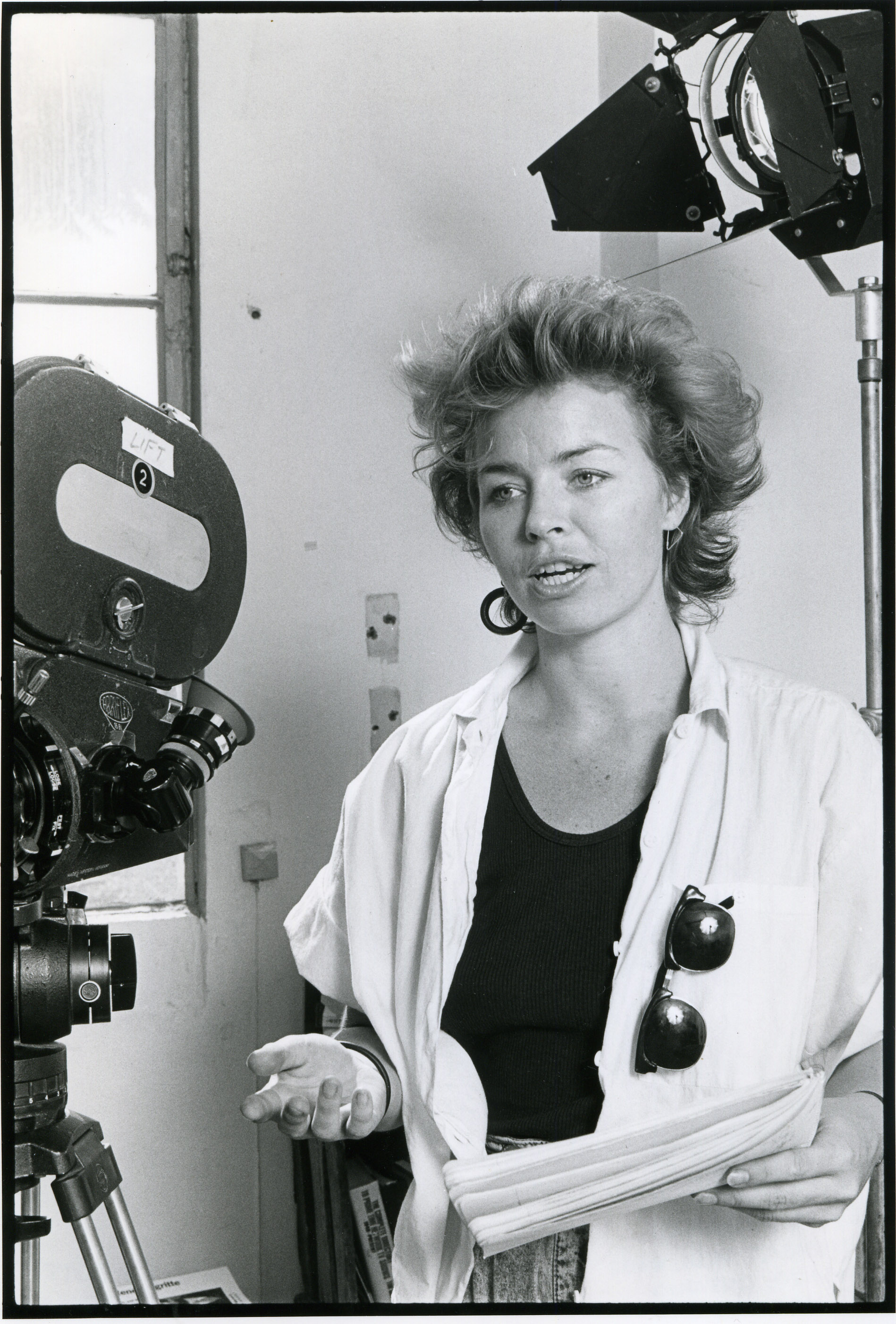 A Calvinist who didn't see her first film until she was 16, Patricia Rozema started out as an assistant to Don Owen. She shot I've Heard the Mermaids Singing, her first feature, in 23 days.

Mermaids was invited to premiere in the Directors Fortnight program at the 1987 Cannes Film Festival, where it received standing ovations and won the coveted Prix de la Jeunesse for best first feature. After Rozema and Raffé secured distribution in the United States (through Miramax) and more than 30 other countries, the film became an international art-house sleeper hit. It was also well-received by critics. The Washington Post’s Desson Howe called it “a delightful mix of fable and passion play.” Roger Ebert praised McCarthy’s “extraordinary performance” and Rozema’s ability to use “a seemingly simple style to make some quiet and deep observations.” However, some critics faulted Rozema for the allegorical and quasi-religious themes of the film, and for her hesitancy to represent the lesbianism of the major characters more directly.

David L. Pike has noted that Mermaids was “seen by many as the first salvo of the Ontario new wave,” which emerged in the late 1980s. Made for around $350,000 and grossing more than $6 million worldwide, Mermaids became one of the most profitable Canadian films ever made. Its success helped legitimize the OFDC’s pursuit of artistic, auteurist cinema, which ran counter to the philosophy of the tax-shelter era and led to the support of other Toronto New Wave filmmakers such as Atom Egoyan, Bruce McDonald, Peter Mettler and Don McKellar.

Performance by an Actress in a Leading Role (Sheila McCarthy), Genie Awards (1988)

Performance by an Actress in a Supporting Role (Paule Baillargeon), Genie Awards (1988)