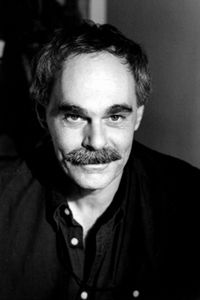 One of the best features ever produced by the National Film Board (NFB), J.A. Martin, photographe (1977) is a beautifully photographed, marvellously observed film about a strong-willed wife (Monique Mercure) who accompanies her photographer husband (Marcel Sabourin) on a trip through rural Québec in the late 19th century. The film won seven Canadian Film Awards, including Best Feature Film, and earned Mercure the Best Actress award at the Cannes Film Festival.

J.A. Martin (Marcel Sabourin) photographs the usual events of family life — births, marriages and group portraits — etching them for all time on little pieces of mirrored glass. Once a year, he packs his apparatus into a rickety wagon and heads down the narrow country paths to his more remote customers. Even though the trip is extremely difficult, it represents an annual escape from his wife and large family. This year, however, his strong-willed wife, Rose-Aimée (Monique Mercure) makes a courageous decision to leave her five children at home and accompany him. In 19th-century rural Québec, such a thing was scandalous. Their saga is both scenic and emotional, for the trip pulls them together and helps them revive their stale 15-year marriage.

Described by director Jean Beaudin as “a tribute to our grandmothers, our mothers and all the women of Québec,” J.A. Martin, photographe is a marvellously observed, beautifully photographed, slow-paced and delicate film. It has little plot but many rewarding interludes and extraordinary performances from the two leads, especially Mercure, who is alive, fiery and sympathetic.

In a 2008 interview with Le Soleil, Beaudin stated that, when the film was first released in Québec in February 1977, critics for major publications such as Le Devoir and La Presse were very tough on the film and gave it negative reviews. However, after the film won praise at the Cannes Film Festival, critical opinion in Montréal became more positive.

J.A. Martin, photographe was Canada's official entry at the 1977 Cannes Film Festival, where Mercure tied for the Best Actress award — the first Canadian to receive the honour. The film also won seven Canadian Film Awards, including for feature film, director, actress and cinematography. American director Robert Altman — whose film 3 Women (1977) also screened at Cannes that year (its star Shelley Duvall tied with Mercure for the Best Actress prize) — was such a fan of J.A. Martin, photographe that he hired cinematographer Pierre Mignot on nine of his subsequent films, including Come Back to the 5 & Dime, Jimmy Dean, Jimmy Dean (1982), Secret Honor (1984) and Prêt-à-Porter (1994).

J.A. Martin, photographe was ranked No. 7 on the list of the Top 10 Canadian Films of All Time compiled by the Toronto International Film Festival in 1984. In 2011, the Québec current affairs magazine L’actualité ranked it No. 1 on its list of 35 Québec films most worth seeing. In 2016, it was named one of 150 essential works in Canadian cinema history by a poll of 200 media professionals conducted by TIFF, Library and Archives Canada, the Cinémathèque québécoise and The Cinematheque in Vancouver in anticipation of the Canada 150 celebrations in 2017.

The NFB released J.A. Martin, photographe on DVD in 2007. It was also screened at Québec City’s Musée national des beaux-arts du Québec (October–December 2008) as part of an exhibition of Québec photography from 1850 to 1908.

National Film Board of Canada