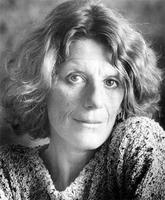 Award-winning Canadian actress Jackie Burroughs has been praised for the intensity of her performances as well as for her immense range (photo courtesy Jackie Burroughs).

Jackie Burroughs, stage and film actor, director, playwright, (b at Southport, Lancashire, Eng 2 Feb 1939, d at Toronto 22 Sept 2010). Burroughs was one of Canada's genuine stars, celebrated for the intensity of her performances as well as for her immense range. An experienced stage, screen, and television actress, she worked with several of Canada's most accomplished directors, such as David CRONENBERG, Guy MADDIN, Don MCKELLAR, Deepa MEHTA, and Lea POOL.

Burroughs moved to Canada with her family at the age of 13. She attended a private girls' school, Branksome Hall, in Toronto, and then took an undergraduate degree at the University of Toronto, graduating in 1962. She first worked in film under the direction of Don Owen (best known for the film Nobody Waved Goodbye) in the short feature Notes for a Film About Donna & Gail (1966) and the full-length feature The Ernie Game (1967). During this time, for Patricia Watson (who later adapted W.O. Mitchell's Who Has Seen The Wind for the screen), Burroughs appeared in a short film called The Purse (1966). Thus began a film career that lasted more than four decades.

Burroughs spent many years as a stage actor, performing at Toronto's CREST THEATRE, TARRAGON THEATRE, and at STRATFORD, SHAW, and the NATIONAL ARTS CENTRE, while at the same time forging a stellar reputation as a film actor of remarkable energy, integrity, and bravery. It was in The Grey Fox (1982), directed by Philip Borsos, that she turned in a breakthrough performance as Kate Flynn, winning a GENIE AWARD for work that, in the late movie critic Pauline Kael's opinion, gave the film "some artifice and some musk."

Burroughs won another Genie the following year for her role in The Wars (1983).

Work with Cronenberg in the film adaptation of Stephen King's The Dead Zone (1983) and with Gordon PINSENT in John and the Missus (1987) followed. In the mid-80s Burroughs starred in the television series Anne of Green Gables, and went on to play the character Hetty King in the series Road to Avonlea, for which she won three GEMINI AWARDS.

It was in the film A Winter Tan (1987) that Burroughs made her most personal and unforgettable mark as a movie actress. The film had its beginnings in Burroughs' performance, at an anti-censorship event, of excerpts from Maryse Holder's posthumously published collection of letters Give Sorrow Words, a record of Holder's self-exploration through sexual tourism. Burroughs worked with several collaborators to turn the letters into a screenplay, and to co-direct herself in the leading role as the self-destructive but brutally honest Holder. While reviewers commented that the harrowing story of the heroine's sexual degradation, alcoholism, and eventual murder was painfully difficult to witness, Burroughs was lauded for her ferocious, consuming performance. A more stark contrast to the role of Hetty King cannot be imagined, and Burroughs herself was most proud of her work associated with bringing A Winter Tan to the screen.

Burroughs continued her work on both the big and the small screen in films such as Careful (1992), Last Night (1998), Lost and Delirious (2001), The Republic of Love (2004) and Small Town Murder Songs (2010), and in television shows ranging from Further Tales of the City to Dudley the Dragon, Sophie and Slings and Arrows.

She won the EARLE GREY AWARD from the Academy of Canadian Cinema and Television in 2001. In 2005 Burroughs was given a GOVERNOR GENERAL'S PERFORMING ARTS AWARD for lifetime artistic achievement. 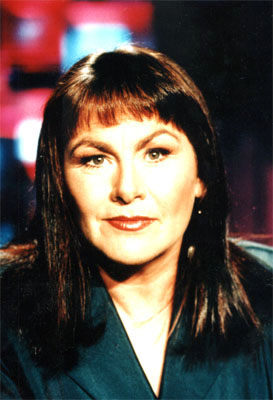