The James Bay and Northern Quebec Agreement (JBNQA) is a legal agreement signed on 11 November 1975 by the government of Quebec, the government of Canada, Hydro-Québec and two of its subsidiaries, the Grand Council of the Crees of Quebec and the Northern Quebec Inuit Association. Described by many as the “first modern treaty,” the JBNQA redefined and framed land management as well as the relationship between the Quebecois state and the Indigenous peoples of the James Bay and Northern Quebec region (see James Bay Project, Treaties with Indigenous Peoples in Canada).

The James Bay and Northern Quebec Agreement (JBNQA) is a legal agreement signed on 11 November 1975 by the government of Quebec, the government of Canada, Hydro-Québec and two of its subsidiaries, the Grand Council of the Crees of Quebec and the Northern Quebec Inuit Association. Described by many as the “first modern treaty,” the JBNQA redefined and framed land management as well as the relationship between the Quebecois state and the Indigenous peoples of the James Bay and Northern Quebec region (see James Bay Project, Treaties with Indigenous Peoples in Canada).

The Agreement was set within a dual historical context: the government’s ambition to increase the James Bay hydroelectric potential and that of the region’s First Nations to advocate for their rights on these lands (see Hydroelectricity). 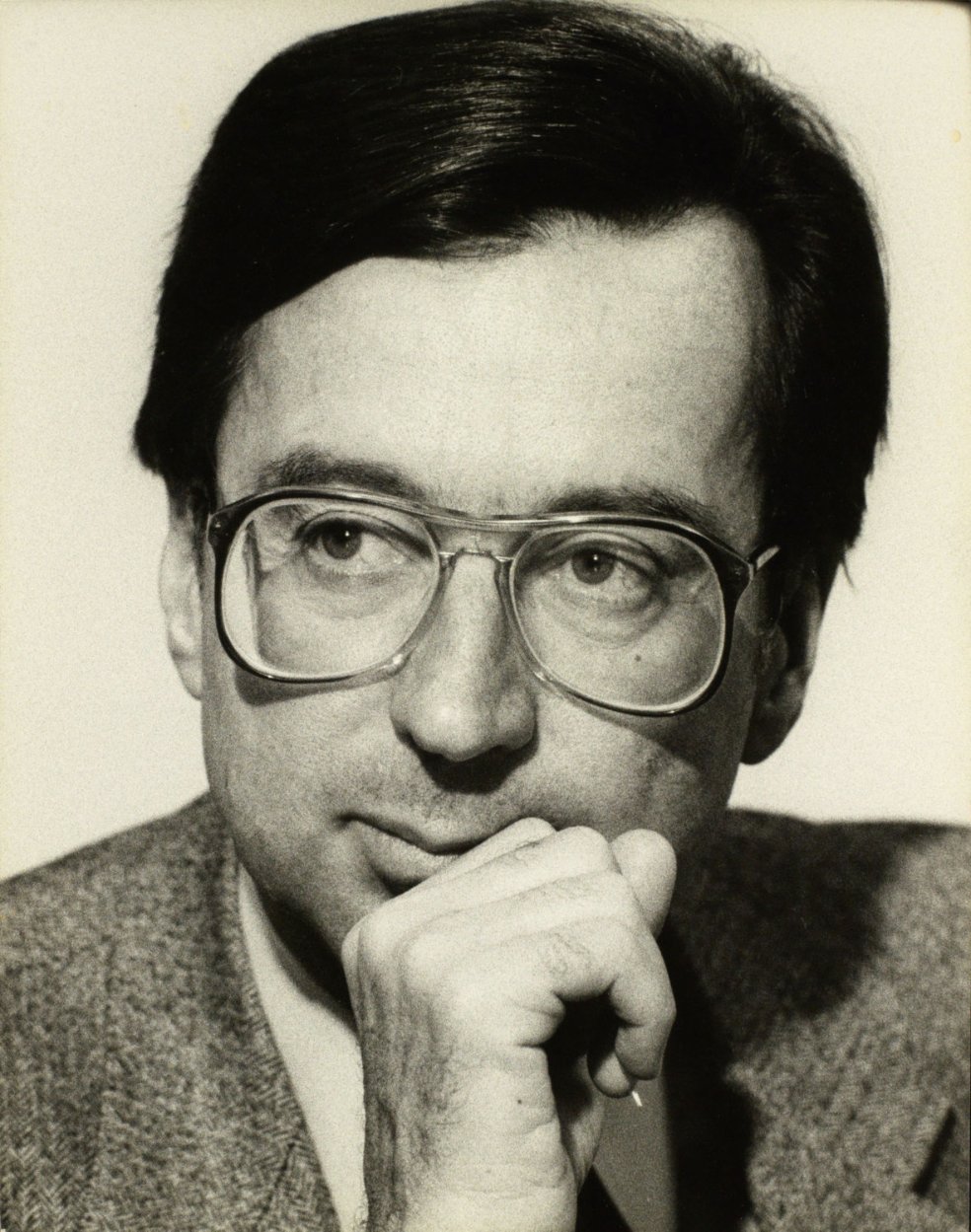 In the 1970s, the Quebec government under Robert Bourassa undertook a vast development of the James Bay region. The prime minister announced the construction of several hydroelectric dams with the goal of expanding the province’s energy potential and reviving its economy. Quebec did not consult the Indigenous peoples inhabiting the land (mostly Cree and Inuit), despite the potential impact on their way of life (see Indigenous Peoples in Canada).

The Cree and Inuit then decided to retaliate and defend their unceded rights over the land affected by the hydroelectric development project. With the help of the Indians of Quebec Association (IQA), a pan-Indian political organization created in 1965, the Cree attempted to communicate with the Quebec government to voice their grievances.

When the government refused to address the issue and insisted on building the dams, the Cree and the IQA joined forces with the Northern Quebec Inuit Association (NQIA). In November 1972, they took legal action to slow the project down and force the province into negotiations. Their main argument rested on the fact that the land transfer agreements for the James Bay and Northern Quebec, struck in 1898 and 1912 respectively, stated the obligation to negotiate the surrender of land rights. The Quebec government, scarcely interested in its northern territories before 1960, did not deem it necessary to meet this obligation.

To mark the 40th anniversary of the JBNQA, Makivik Corporation produced a documentary entitled Napangunnaqullusi: So That You Can Stand. Canada. 2015. 84 min. Documentary by Olé Gjerstad.

On 15 November 1973, after a trial spanning several months, judge Albert Malouf rendered his decision to the Superior Court. He ruled in favour of the Indigenous peoples and demanded that the provincial government stop building the dams, recognize the unceded Indigenous rights and negotiate in good faith. Despite its desired effect, the ruling was quickly suspended by Quebec’s court of appeal. Nevertheless, negotiations started between late 1973 and early 1974.

Significant difficulties hindered a final resolution among the Cree, the Inuit and the Quebec government. For example, the IQA, representing Quebec’s other Indigenous nations in the negotiations, demanded the complete settlement of the land claims in the entire province. The relationship between the Cree and the IQA deteriorated until the Cree disengaged from the organization and formed their own national network: the Grand Council of the Crees of Quebec. In the summer of 1974, the IQA left the negotiation table and the province, the Cree and the Inuit struck a tentative agreement.

With this arrangement in place, the Indigenous peoples stopped all legal action and agreed to negotiate with the government directly. The latter committed to reach an amicable settlement on the issue of Indigenous land rights for the James Bay and Northern Quebec region through a bilateral treaty (see Charlie Watt).

Senator Charlie Watt (2012). Opposed to the James Bay Project, Charlie Watt was among the negotiators who established the final agreement signed in 1975
(courtesy ZacharyMannWikimedia CC)

In November 1975, after four years of disputes and negotiations, the James Bay and Northern Quebec Agreement was signed. This “modern treaty” allowed the Quebec government to resume and complete the construction of hydroelectric dams in the James Bay region. In return, the province recognized the specific rights of the Cree and Inuit and committed to paying $225 million in compensation over 20 years.

The JBNQA is a complex legal and political document which redefines the organization of the James Bay and Northern Quebec territories between the Quebecois state and the Cree and Inuit nations. The Agreement formulates and codifies the specific recognized rights of the Indigenous peoples, whether territorial or cultural, with the core idea of preserving their independence and including them in the region’s economic development while protecting their traditional harvesting activities. Similarly, the JBNQA provides a framework for the scope of Quebec’s authority in the region.

The lands are divided into three categories. Category I lands cover a little over 14,000 km2 in and around the Indigenous communities and are administrated by them. Category II defines lands which span 70,000 km2 and 82,000 km2, which belong solely to the Cree and to the Inuit respectively, and where these nations hold exclusive hunting, fishing and trapping rights. Category III lands represent almost two-thirds of Quebec’s surface area, where the Indigenous peoples enjoy exclusive and non-exclusive rights to use their traditional hunting and gathering grounds. The Agreement includes a minimum family income program for the Cree who live on wildlife harvesting. On a political level, the Cree and the Inuit hold the rights to local administration in Category I lands.

The Indigenous peoples also gained the rights to education in Indigenous languages as well as in English and French. With provincial assistance, they created the James Bay Native Development Corporation. The mandate of the Corporation is to encourage the economic development of the Cree people and to allow them to have a say in any future development of the region, especially when it concerns the environment. They also obtained the right to express their opinions in the justice and social service arenas within their territories.

The Agreement’s scope and comprehensiveness regarding the redefinition of Indigenous rights on a specific territory had major repercussions on Quebec and the rest of the country. While the Canadian government saw a foundation on which to build future resolutions for Indigenous lands, other parties held a more negative view of the accord. George Manuel, Indigenous activist from British Columbia and president of the North American Indian Brotherhood, considered the JBNQA as the onset of a wave of treaties through which the rights of Indigenous peoples would dissolve in exchange for simple financial compensation.

In 1976, the IQA, former ally of the Cree against the James Bay project, pursued legal action for the recognition of rights of nations who had not signed the treaty but whose hunting grounds had been affected. However, the IQA was disbanded in the following years and replaced by a plethora of regional organizations.

Yet, more than thirty amending agreements, subsidiary agreements and relevant laws illustrate the Agreement’s complex and dynamic nature. In 1984, the Canadian parliament held its promise for Indigenous self-government and adopted the Cree-Naskapi (of Quebec) Act, the first of its kind nationwide (see Indigenous Self-Government in Canada). The Naskapi had joined the JBNQA in 1978 by signing the subsidiary Northeastern Quebec Agreement.

However, the relationship between the Cree and Quebec was not completely harmonious after the Agreement was signed. In the 1980s and the 1990s, the Cree repeatedly accused the province of failing to fulfill its obligations as set out in the Agreement. These tensions culminated in 1995 when, in the context of the referendum on Quebec sovereignty, the Cree stood with Ottawa and declared having the right to politically decide their own future (see Quebec Referendum [1995]). They claimed that, in the event of a win for the “Yes” camp, they would want to stay part of Canada. This would threaten the territorial integrity of a future independent Quebec.

Ultimately, in 2002, the Grand Council of the Crees of Quebec and the provincial government under Bernard Landry signed the agreement La Paix des braves (Peace of the Braves), ending a period of tension between the region's two stakeholders. In exchange for a significant amount of money and increased independence, the Cree agreed to end their opposition to the JBNQA and communicate with Quebec in good faith.