Jeanne Mance, co-founder of Montreal, founder and director of the Hôtel-Dieu de Montréal (baptized 12 November 1606 in Langres, France; died 18 June 1673 in Montreal, New France). Mance was the business head behind a missionary settlement on Montreal Island in 1642. She recruited wealthy sponsors in France and became the settlement’s treasurer, director of supplies and hospital director. When the nascent colony was under threat, she offered hospital funds to raise troops, which allowed the settlement to survive.

Jeanne Mance, co-founder of Montreal, founder and director of the Hôtel-Dieu de Montréal (baptized 12 November 1606 in Langres, France; died 18 June 1673 in Montreal, New France). Mance was the business head behind a missionary settlement on Montreal Island in 1642. She recruited wealthy sponsors in France and became the settlement’s treasurer, director of supplies and hospital director. When the nascent colony was under threat, she offered hospital funds to raise troops, which allowed the settlement to survive. 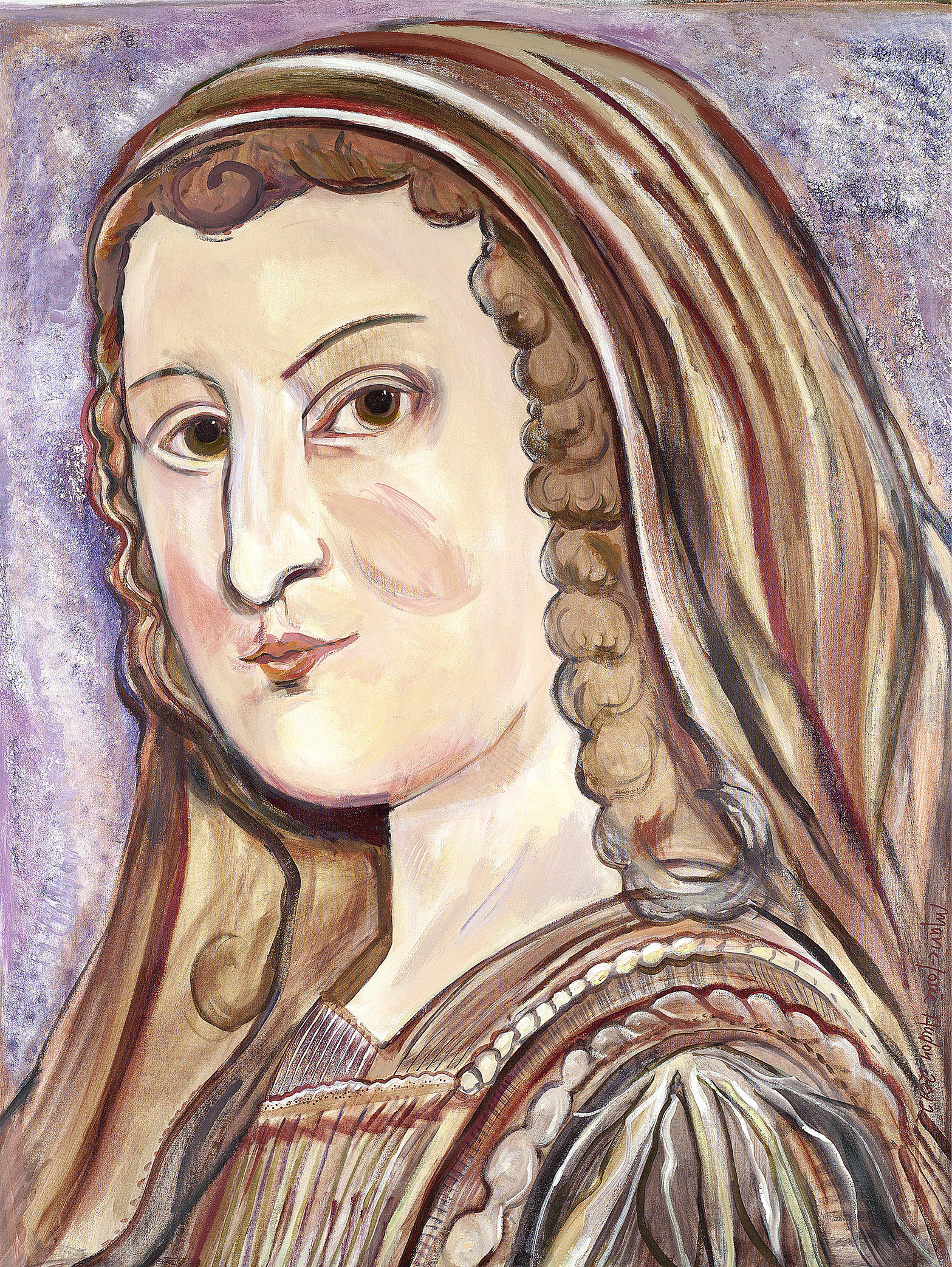 Jeanne Mance was the daughter of an attorney at Langres in the Champagne province. She is thought to have developed nursing skills working with charitable local societies during the Thirty Years War (1618–1648). A famous portrait portrays her as a beautiful young woman with doe-like eyes and flowing hair. She was not drawn to marriage, preferring to emulate the laywomen and Ursuline nuns who had founded a school and hospital at Québec in 1639. She was also inspired by a cousin who was a missionary priest. Clergymen helped introduce her to devout circles at the French court. She also met Paul Chomedey de Maisonneuve and other members of the Société Notre-Dame de Montréal. The group had acquired Montreal Island with a view to turning it into a missionary hub for converting Indigenous peoples to Catholicism. Their plan was to push westward past the existing settlement at Quebec and set up a wilderness mission astride the trade routes of the powerful Haudenosaunee (Iroquois).

An eloquent speaker, Jeanne Mance inspired confidence in potential donors and colonists. A late addition to the Society as it was preparing to sail from La Rochelle in 1641, she placed the visionary group on a more solid footing. She convinced them to contact Angélique de Bullion (widow of a French finance minister) and other wealthy Parisians about their project. As a result, donations more than doubled, and the Company of Montreal expanded from 8 members to 38, including 9 women. Mance herself — at that stage of her life an ascetic who lived on bread and water — paid four successive visits to the lavish mansion of Madame de Bullion, The latter was the venture’s leading donor and commissioned Mance to found a hospital.

In May 1642, Jeanne Mance and her companions arrived on Montreal Island. (See also Population Settlement of New France.) There, they pitched tents and began living in the woods. 55 of them (including 10 women) remained on the Island as winter fell. The next year Mance set up a small hospital within the fort’s palisades. The hospital quickly attracted ailing Wendat (Huron), who were allied with the French. They became Christian converts as well as patients. Some beds had to be reserved for French settlers wounded by Haudenosaunee warriors resisting French encroachment on their trade routes.

Contemporaries acknowledged Jeanne Mance’s vital role in this early chapter of Canadian history. Later accounts have not always recognized her importance, however. 17th-century historian Dollier de Casson described Jeanne Mance and Governor de Maisonneuve as co-founders of Montreal. Mance was the colony’s official treasurer, director of supplies and hospital director. In 1649, she took it upon herself to sail back across the Atlantic to revive waning French support for the settlement.

It was Mance’s idea to use her hospital’s endowment to recruit more men to protect the town. When the outlying Jesuit mission of Sainte-Marie-des-Hurons collapsed in 1649, Montreal became the front line in the Franco-Iroquois conflict. More than a third of the colonists were killed. Fear drove the survivors to abandon their houses and live in the fort. By mid-1651, there were only 17 militiamen left to face 200 Haudenosaunee warriors. Jeanne Mance persuaded Governor Maisonneuve to visit her benefactor in France and secure permission to use the hospital’s endowment to raise French troops. He agreed, warning her he would not return if he failed to get reinforcements; but the benefactor consented, and relief arrived in 1653. Dollier de Casson argues that Mance’s actions to raise troops saved the settlement.

As the little settlement grew, its hospital flourished. In 1659, Jeanne Mance made a trip to France and recruited three Sisters of Saint Joseph to help at the Hôtel-Dieu. (See Hospitallers of St. Joseph.) The hospital soon grew to three stories and became a much-loved institution. Today, a large metal statue of Jeanne Mance stands guard outside the former hospital.

In 2014, Jeanne Mance was made Venerable by the Catholic Church. In 2020, she was inducted into the Canadian Medical Hall of Fame.