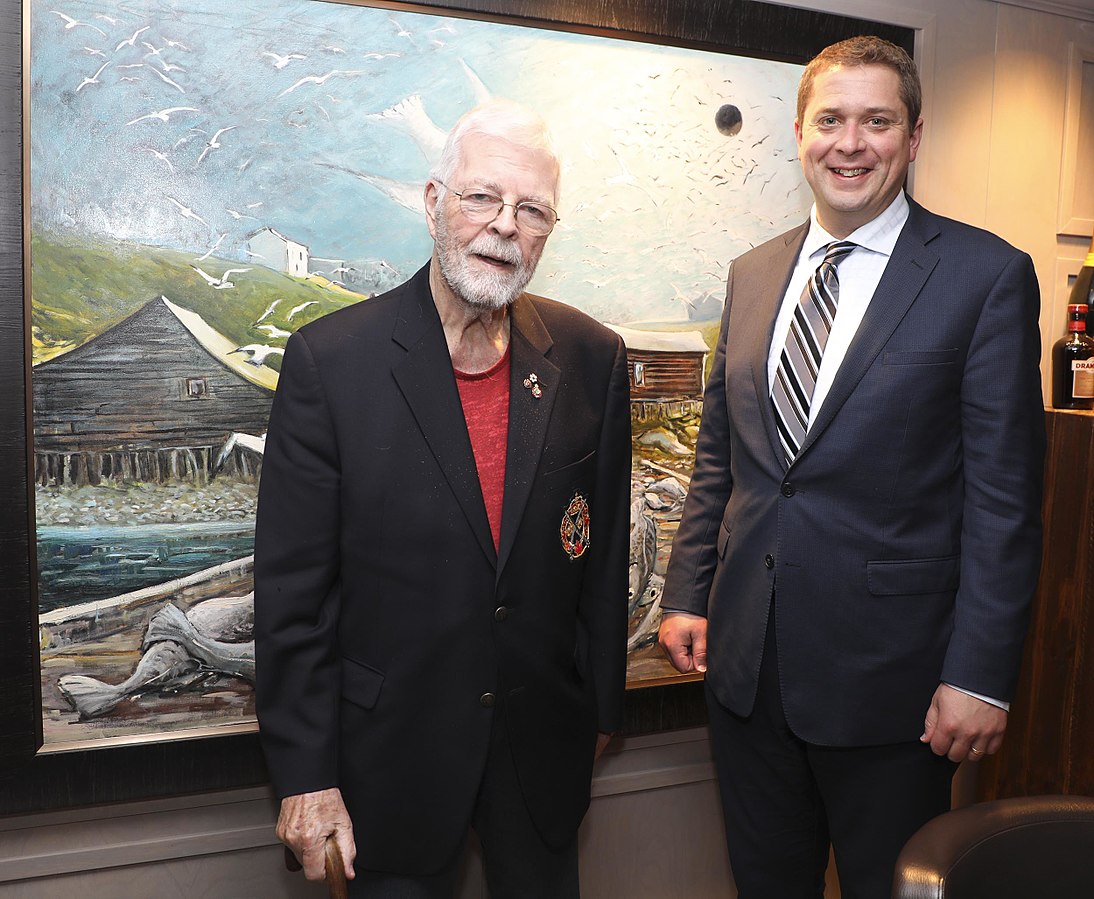 John Crosbie was elected to the St John's City Council in November 1965 and appointed deputy mayor on 1 January 1966. He resigned that July to join the cabinet of Liberal Premier Joey Smallwood and won election to the Assembly in September. In 1969, he unsuccessfully challenged Smallwood in a party leadership convention. He joined the Progressive Conservatives led by Frank Moores in June 1971 and his support helped Moores win the 1972 election. Crosbie held several senior cabinet portfolios and was the main advocate of the government's policy of greater local control and management of Newfoundland's resources.

Elected to the House of Commons in 1976, John Crosbie was minister of finance in the brief 1979 minority government of Joe Clark, which on December 13 lost a nonconfidence vote when Crosbie's budget was defeated. In 1983, he contested the leadership of the Progressive Conservative Party, finishing third behind Brian Mulroney. He was appointed minister of justice in the new Conservative government in 1984 and was moved to the ministry of transport in 1986 and to the ministry of international trade in 1988. In February 1991, he committed Canada to participating in negotiations for a proposed North American free trade agreement between Canada, the United States and Mexico.

In 1991, Crosbie became minister of fisheries and oceans, where he had the unenviable task for a minister representing Newfoundland of imposing a two-year moratorium on the badly overexploited cod fishery in order to save the staple from extinction. Crosbie retired from politics before the 1993 federal election. He returned to the practice of law and was named chancellor of  Memorial University and honorary consul for Mexico in Newfoundland in 1996. In 1997, he published his hard-hitting memoirs, No Holds Barred, with great success.

Crosbie served on numerous boards, community-based organizations and as counsel for the firm Cox and Palmer. He was made an Officer of the Order of Canada in 1998. Crosbie was sworn in as Newfoundland and Labrador's lieutenant-governor on 8 February 2008, succeeding Edward Roberts. He was succeeded by Frank F. Fagan in 2013.