Juan Francisco de la Bodega y Quadra, naval officer, explorer, administrator (bap at Lima, Peru 3 June 1743; d at Mexico City 26 Mar 1794). In 1775 he made a difficult voyage of exploration from San Blas, Mexico, to 58° 30´ N and Bucareli Sound, Alaska. In 1779 he commanded the frigate Favorita to Alaska in the expedition of Ignacio de Arteaga. Following naval duty, he was given command in 1789 of the naval department of San Blas, which controlled Spanish activities on the NORTHWEST COAST.

In 1792 he took charge at the Nootka post and negotiated with Captain George VANCOUVER over implementation of the 1790 Nootka Convention. Bodega y Quadra was polite but firm in defending Spanish sovereignty. He returned to Mexico in 1793, where he died suddenly. 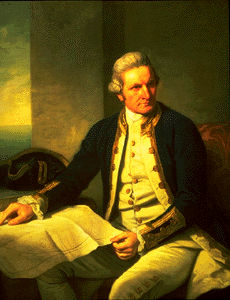