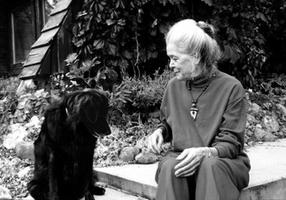 Kathleen Shannon, film director, producer (b at Vancouver 11 Nov 1935; d at Kelowna 14 Jan 1998). She joined the NATIONAL FILM BOARD in 1956. Seven years and about 115 films later, she became interested in film editing. In 1970 she participated in the celebrated Challenge for Change, a production program that dealt with social and economic change in Canada. Shannon then directed I Don't Think It's Meant for Us (1971), followed by Working Mothers (1974-75), a series of 11 films about women's work.

In 1974 she became the executive producer of Studio D, an NFB production unit primarily staffed by women whose principal function has been to examine the role of women in society. In 1983 she returned to production with the documentary Dream of a Free Country: A Message from Nicaraguan Women.

From debates among Christians, Arabs, Jews, Aboriginals and feminist theologians at an interfaith conference, she made a series of 7 one-hour films called Faithful Women (1990). At this time, she also worked on the production of films by other directors. Shannon's activism has advanced the cause of female filmmakers and helped to produce films denouncing sexism, racism and violence.

Shannon was awarded an honorary doctorate by Queen's University in 1984 and the Order of Canada in 1986. The NFB named a prize after her in 1987: it is awarded at the Yorkton Film Festival and is intended to foster the independent production of documentaries.