Kenneth Robert Lum, artist (born 26 September 1956 in Vancouver, BC). Ken Lum is widely known for work that draws upon traditions from pop and conceptual art, as well as a broad range of motifs from mass culture. His art, which has variously included painting, sculpture, installation, photography, and video, has been recognized in Canada with a 30-year retrospective at the Vancouver Art Gallery and exhibited abroad at major international art galleries and festivals. He was awarded a Guggenheim Fellowship in 1999.

Ken Lum studied at Simon Fraser University, completing a bachelor of biological sciences degree in 1980. He then graduated from the University of British Columbia with a master of fine arts degree in 1985.

One of Lum’s earlier pieces was the performance Entertainment for Surrey (1978) in which Lum stood for four days in morning rush hour traffic on the eastern side of an overpass that links one of the main streets of Surrey, British Columbia, with the Trans-Canada Highway. On the fifth day he replaced himself with a cardboard cutout. Entertainment for Surrey is especially resonant for Lum and anticipates the concerns of his later work. The piece relates the immigrant eastern suburbs of Vancouver, where Lum grew up, with the Trans-Canada Highway and by extension the Canadian Pacific Railway, which Lum’s grandfather immigrated to Canada to work on as a labourer in 1908.

Lum began to attract widespread attention in the 1980s. At that time he was associated with an influential group of artists known as “the Vancouver School” — which also included Ian Wallace, Jeff Wall, Rodney Graham, Stan Douglas and Roy Arden — who have been central in positioning photography as an important field in contemporary art. Working in a geographically isolated centre, these artists were drawn together by a shared interest in the strategies of the modernist avant-garde and what Wallace referred to as its “melancholic response to the insufficiency of the world.”

While the work of Lum, Graham, Wall, Wallace, Douglas and Arden, among others, undeniably shares a bond with the critical traditions of modernism and conceptual art's interrogation of the autonomy of the art object, the geographically based label applied to their work has sometimes obscured differences in their production. Lum's work is consistently differentiated from that of his colleagues through its orientation toward the everyday, its ironic humour and especially its use of forms, genres and motifs taken from popular culture to insistently occupy a sometimes ambiguous territory between art and non-art. His Portrait-Logo series from the mid-1980s, for instance, consists of generic oversized portraits of individuals or families of the kind that used to be commonly taken in neighbourhood photography studios, combined with stylized versions of their names, which serve as logos. Steve (1986) has a young, smiling East Asian man in a V-neck sweater with a brown curtain in soft focus behind him; above him is a red sunburst with his name in block yellow letters. The Portrait-Logo series suggests the degree to which the way we see ourselves has become similar to advertisements for commodities; we are marketable brands. 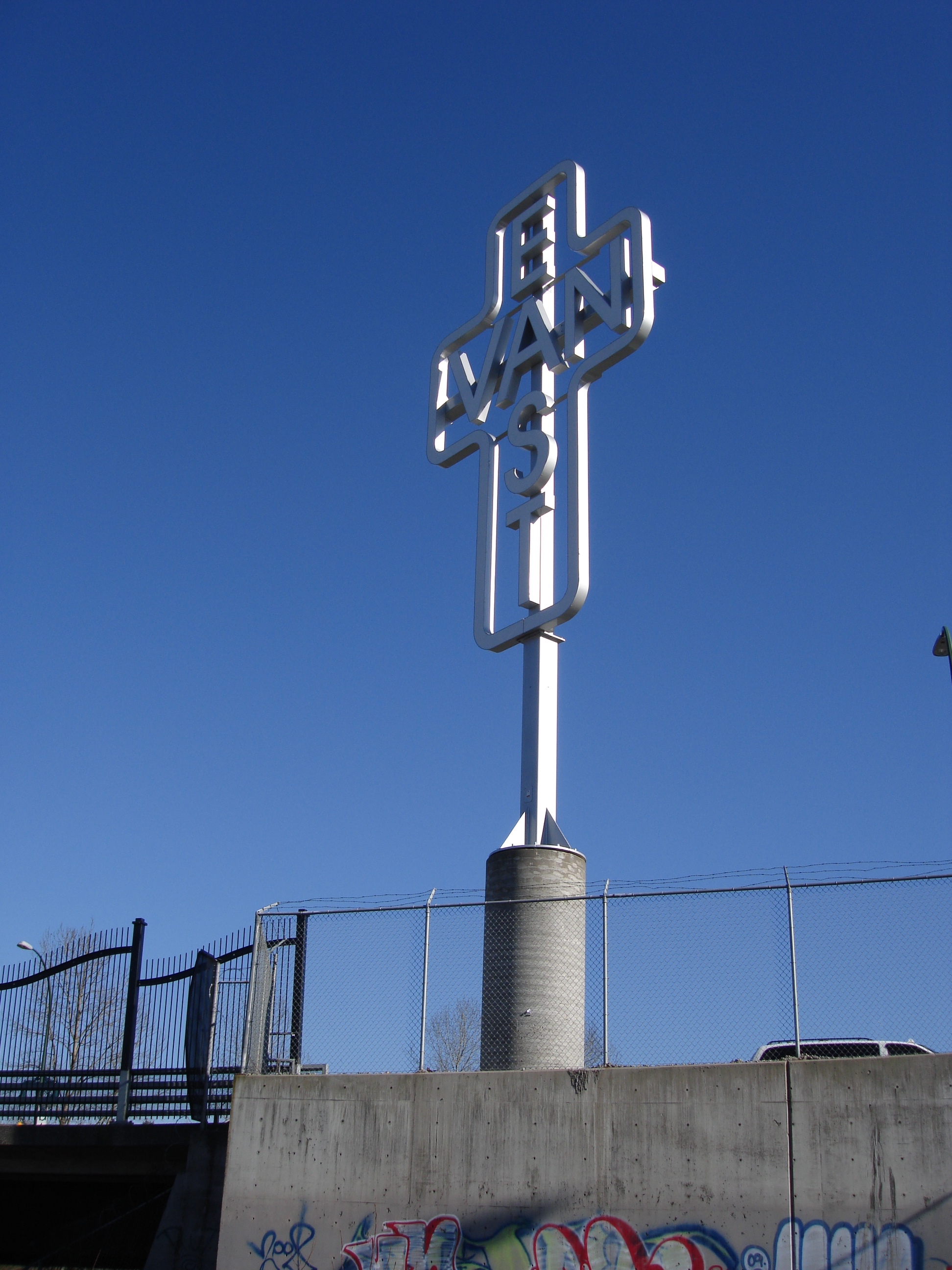 Beyond the Vancouver School

Lum’s strategies often involve manipulating the mechanisms deployed to attract attention in consumer culture — by using an unexpectedly personal or political statement on a commercial business sign, for example — in order to articulate the anxieties and contradictions that mark those social spaces in which disparate traditions collide and mutate in a globalized world. His work consistently focuses on the micro conditions — the gestures, utterances and often mundane exchanges — that mark the intersection between public and private space in everyday life and evoke the tension between our desire for individual autonomy and the conditions that shape us as social subjects.

Lum has also produced several major works of public art, including Four Boats Stranded: Red and Yellow, Black and White (2000) on the roof of the Vancouver Art Gallery, II Museum Buolf Mus-chin (2003) in the country near St. Moritz, Switzerland, Monument to Napoleonic Soldiers and Other Things In Common (2006) for the Liverpool Biennial in Liverpool, England, and Pi (2006) in the Karlsplatz Westpassage in Vienna, Austria. Completed in time for the 2010 Winter Olympic Games, from Shangri-la to Shangri-la is a clutch of wooden cabins on stilts, which is meant to evoke the West Coast utopian tradition of living off the grid. Monument for East Vancouver (2010) is a large white LED sculpture spelling out “East Van” in the shape of a cross. An homage to a longstanding Vancouver symbol, the piece suggests the ways in which Canada has largely ignored the ethnic and religious diversity of the neighborhood in which the artist grew up. Vancouver Especially (2015), on the other hand, is a small-scale replica of the kind of iconic Vancouver Special Lum grew up in, but which is now coveted by affluent hipsters interested in the retro-look of the building. Vancouver Especially is also a comment on the ways in which the overwhelming expense of housing in Vancouver has alienated and pushed out the very communities that made the city what it is.

Ken Lum held a teaching position at the University of British Columbia, Vancouver, from 1990 to 2006. He joined the faculty of the Milton Avery Graduate School at Bard College, Annandale-on-Hudson, New York in 2005 and stepped down in 2007. While on leave from UBC he taught at the École nationale supérieure des beaux-arts, Paris from 1995 to 1997. He has also taught at the Academy of Fine Arts, Munich, Germany, the China Art Academy, Hangzhou, China, the L’École d’arts plastiques, Fort de France, Martinique, the Rijksakademie, Amsterdam, Netherlands, the Maine College of Art, Portland, Maine, the California College of Arts, San Francisco, California, and the Banff Centre for Arts and Creativity in Banff, Alberta. He became a member of the faculty at the University of Pennsylvania School of Design in 2012 and in 2013 he became a Fellow of the Penn Institute of Urban Research.

Lum has actively pursued a writing career, writing an online journal for London Art from 1999 to 2001, co-founding the Yishu Journal of Contemporary Chinese Art with Zheng Shengtian, serving as editor-in-chief until 2004, and also writing numerous catalogue essays for exhibitions in galleries and museums around the world.

Lum has also curated and co-curated exhibitions, including PoCo Rococo in the Coquitlam Mall, the North West Annual for the Centre of Contemporary Art in Seattle (2004), Shanghai Modern 1910-1945 in Shanghai, China (2005), the 7th Sharjah Biennial in the Emirate of Sharjah in the United Arab Emirates (2005), and Monument Lab: Creative Speculations for Philadelphia in the courtyard of Philadelphia City Hall (2014).