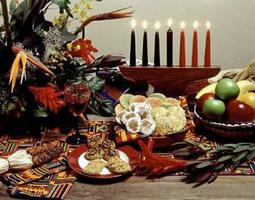 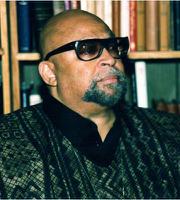 Kwanzaa is an African-American cultural holiday that has been adopted around the world including in Canada to celebrate African family, community and culture.

Created by Dr. Maulana Karenga (born Ronald McKinley Everett) of the Organization Us (an American Black-Nationalist group; "Us" refers to "Us Black people"), Kwanzaa was established to affirm African-American culture and unite Black communities after the devastating race riots in the Watts area of Los Angeles in 1965. The first Kwanzaa was celebrated in 1966-1967 and has been celebrated December 26 to January 1 since then.

The name Kwanza is derived from a Swahili phrase (matunda ya kwanza) meaning "first fruits," and is a seven-day celebration that comprises traditional African harvest festivals and draws on activities from cultures across Africa. Since "Kwanza" had only six letters, an extra "a" was added to make seven letters to parallel the seven principles of nguzo saba or Kwanzaa. The seven-day celebration represents the seven values of nguzo saba: Umoja (Unity), Kujichagulia (Self-determination), Ujima (Collective Work and Responsibility), Ujamaa (Cooperative Economics), Nia (Purpose), Kuumba (Creativity), and Imani (Faith).

The seven symbols displayed during Kwanzaa represent the community values: a straw mat as the community's foundation; fruits and vegetables to represent abundance and corn to symbolize growth and prosperity; a cup for sharing; a Kinara or candle holder for seven candles; and homemade gifts to represent creativity and purpose. The seventh symbol comprises the candles; three red, three green and a black candle to represent the colours of the Pan-African flag symbolizing unity among African people.

To avoid mixing the values and meaning of Kwanzaa with other holiday festivities, and to ensure the principle of kujichagulia or self-determination, many families celebrate Kwanzaa in addition to other celebrations such as Christmas and other holiday observances.

Kwanzaa spread to Canada by 1993. Although it was created, as Karenga has said, to "give Blacks an alternative to the existing holiday and give Blacks an opportunity to celebrate themselves and history rather than simply imitate the practice of the dominant society," the celebration may be marked by anyone.