Leatherworking in New France began in the 17th century when the first groups of colonists began farming around Québec City and Ville-Marie [Montréal]. In the young colony, trades were not governed by the statutes and regulations of French guilds, despite repeated attempts by Intendant Jean Talon to establish such regulation (see apprenticeship in early Canada).

At first, Québec leatherworkers were supplied with skins processed in the royal factories of France and by local private tanners; the first tannery in the colony was established at Pointe-Lévy in 1668. Headed by a master tanner from France, the company quickly achieved success and sparked enthusiasm among other master tanners and merchants, including Johan, Thibierge, Larchevêque, Perthuis, Fornel and Bégon.

The Québec government's 68 tanners and merchants obtained their raw materials on contract mainly from butchers, the principal suppliers of sheepskin and cattle hides. Hunting and fishing supplied other types of skins, eg, walrus, seal, moose, deer, bear. Tanning operations were modelled on methods used in France, with local modifications. Tanning mills were driven by wind, water or animal power. Tanners prepared the skins in the traditional manner by washing the leather, soaking or softening it, placing it in a lime pit, and then graining, scraping and trimming it. The tanners of New France prepared their tannin using the bark of hemlock or spruce, rather than oak or chestnut as in France. Most production was of tough leather for the local manufacture of shoes, work boots and harnesses. The tanneries grew and prospered in New France. Despite the owners' high operating costs, the pressing local need for leather goods and the availability of various skins helped the tanneries survive. Originally established and run by master craftsmen from France, tanneries quickly became the preserve of merchants and dealers who could assume the extremely high investment costs.

Between the arrival of British craftsmen after the Conquest, 1759-60, and the end of the 18th century, the art and techniques of the leather trade underwent little change. The 19th century saw developments in tanneries, including innovations in the forms of energy used, technology and work organization, as well as a concentration of capital. During the 1880s, American tanneries broke new ground by abandoning vegetable tannin in favour of the chrome-tanning process. This process reduced the tanning period from 9 months to 5 or 6 weeks, thereby saving time, lowering production costs and even improving product quality. The tanneries of Ontario quickly adopted the new method, but those of Québec did not begin to do so until 1910. This situation may have been a factor in the decline of Québec's tanneries which, until then, had been the leading Canadian producers of leather goods.

In Ontario, the Davis tanneries in the Kingston and Toronto areas exemplify the evolution of this industry. In the mid-19th century, Andrew Davis operated a tannery where craftsmen produced leather goods for local farmers and independent cobblers. Around 1860 he and his son became interested in mechanization. In the next decade, the family installed steam power and began introducing machines. Then, as the shoe industry began to expand in Ontario, the market grew to the point where mass production and the wholesale trade became viable propositions. New machinery helped accelerate production, reduce costs and provide variety in the colour and types of leather of the finished products. At the end of the 19th century, the Davis family experimented successfully with chrome tanning; in the first decade of the 20th century, running water and electricity were installed. Finally, direct access to the Canadian National Railway resulted in lower transportation costs. The Davis tanneries continued to prosper, entering American and world markets in the 1930s.

The tanning industry originated in Québec but did not develop to its fullest extent in that province. In 1949, Canada had 70 tanneries, 33 in Québec and 28 in Ontario. Québec's tanneries employed 606 workers and supplied 11% of Canada's leather production; Ontario's 3852 workers supplied 86%. Today, Ontario tanneries have production capacities 4 times greater than those of Québec. In 1985 Canada had 40 tanneries, 32 of which were divided equally between Ont and Qué. Of the total number of workers, 2153, Ont had 1512. The stagnation of Québec's tanneries had been seen as one of the factors in the decline of the footwear industry.

Between 1660 and 1760, 132 craftsmen were employed as cobblers or harness makers in Québec. Of that number, 55 independent craftsmen with their own shops were known as "masters." The rest were employed on a fixed-salary or contract basis in shops or tanneries, some of which had their own cobbler's workshop. The cobblers of New France made French shoes, moccasin-style shoes and boots, mules and slippers; harness makers produced harnesses, backstraps, saddles, hame straps and collars for dogs and horses. Because of the severe climate, cobblers had to adopt styles that would offer their customers warm as well as hardy footwear. They thus adopted native moccasins and high, soft boots.

The effectiveness of Indian footwear lay in the cut and assembly of the pieces: the upper and the sole formed a single piece joined on the upper part to a tightly sewn, rounded tongue, thereby preventing water from leaking in through seams underfoot. The moccasin boot was a variation of the shoe, with the addition of a knee-high, sewn upper. A lace held the boot snugly against the leg. Cobblers also made more delicate shoes by imitating the styles of French footwear brought to the colony by boat. After the Conquest, new models of army-style boots and shoes were introduced.

Cobblers remained shop craftsmen or eventually became employees of combined shoemaking and tanning factories because no large cobbling enterprises could compete with the firmly established, government-funded tanneries. Cobblers were subject to the requirements and decisions of tanneries, which were made on the basis of the availability and quality of leathers and contracts with the army. As they changed from being employees to owners of small shops, tanners and merchants were establishing control over leatherworking. This situation developed despite the cobblers' complaints and their appearance before the Conseil souverain to try to eliminate the discriminatory power of tanneries over the free enterprise of independent cobblers.

In the first half of the 19th century, Canada's cobblers preserved the trade practices of their ancestors. However, such craftsmen were progressively replaced by cobbler-merchants, journeymen hired by factories and specialized workers in the large 20th-century footwear factories. From about 1810 to 1860, 2 types of shoe production coexisted in Québec: the traditional system, in which independent craftsmen produced the entire shoe to a client's order; and the system in which cobbler-merchants employed journeymen who each produced different parts of the shoe, thereby increasing production. Cobbler-merchants stocked both imported and locally produced shoes.

During this period, workshops began to grow in size; fabrication was divided into a series of distinct tasks; journeymen worked as paid employees in workshops or at home; and a concentration of capital was organized to meet rising production costs. Hence, the introduction of a new approach to labour relations (eg, the close master-journeyman-apprentice relationship was replaced by a hierarchical labour-management relationship), of piecework and of a shorter apprenticeship period. Journeymen faced competition from untrained, poorly paid workers and were financially unable to open their own workshops.

In the first half of the 19th century, the technological revolution, fed by discovery of new forms of energy and by mechanization, transformed the cobbler's trade. Perfected in 1845, sewing machines were used to sew vamps and "Howe" uppers and thus replaced work previously performed by women working at home. By 1860 the capacity of these machines increased with the introduction of steam power. A few years later, a worker could sew 90 pairs of soles with the McKay "Soles Sewing Machine" in the time it took to sew one by hand. A favourable economy allied with technological progress led to a boom in the footwear industry. Proof of this rapid growth is the fact that Québec City had 9 shoe factories in 1861, 73 by 1871.

With the exception of refinements of mechanization and greater division of labour, the physical organization of factories at the turn of the 20th century remained essentially unchanged. The ground floor of a 3- or 4-storey building would house several departments: the assembly room, where pins or nails would be used to attach the upper to a false sole on a form; the fitting area, where the sole was joined to the upper; the heel-cutting division; and the finishing and shipping department. The second floor housed the administration, management and sales departments; the third floor was reserved for cutting the leather into uppers, for machine assembly of the handcut parts of the upper, and for storage of rolls of fine leather and cutting patterns.

The industrialization of shoe production produced major changes in organization and labour relations and required a concentration of capital and cost-effective production methods. Owners had to instill a team spirit among managers, production heads and foremen in order to have workers produce at full capacity. This hierarchical structure was motivated by profit.

Employees worked in difficult conditions: unsanitary workshops, long days and fatigue induced by the need to earn a decent income from piecework. They also had to face the danger of accidents, the lack of job security at a time of chronic unemployment and the loss of qualifications formerly required of members of a traditional trade. This last phenomenon, the result of increasingly specialized duties (150 manufacturing operations existed in 1910), required workers to accept low wages since they could no longer use their qualifications to compete with unskilled workers (particularly women and children).

Traditionally, Québec's leatherworkers were not members of trade guilds established to defend their rights. Trade unions, the offshoots of American unions, gained ground in the 1860s but were not legally recognized until the 1870s. Under the influence of Monseigneur Louis-Nazaire Begin, the first national Catholic unions appeared in 1901. The arbitration cases and strikes of that era reveal that workers were fighting mainly for the right to union membership, higher salaries and a slowdown in the introduction of machines. 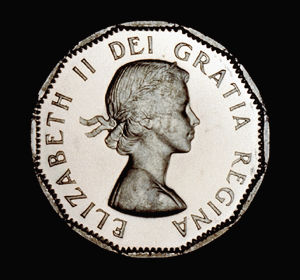