Literary and Historical Society of Quebec 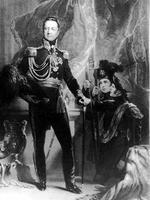 Literary and Historical Society of Quebec

The Literary and Historical Society of Québec, founded 6 Jan 1824, is Canada's oldest HISTORICAL SOCIETY. The earl of DALHOUSIE, governor in chief of Canada between 1820 and 1828, was a driving force in establishing the bilingual society, which received its royal charter in 1831. It had as its objective the preservation, care and dissemination of the colony's historical records and was one of the first bodies to collect archival material for these purposes. It achieved considerable success and shared its findings through an active publications program. By its centennial in 1924 the society had published 35 volumes of its Transactions series, containing scholarly essays, along with numerous volumes of primary sources related to early Canadian history.

For its first century the Literary and Historical Society of Québec made important contributions to higher learning as a museum and reference library, through its publications and as a platform for lectures on historical and scientific subjects. It also fostered the establishment of the Geological Survey of Canada, Library and Archives of Canada and the Historic Sites and Monuments Board of Canada. In the 20th century, the society gradually abandoned many of its initial functions and evolved into a private community library.

Since 2000 the Literary and Historical Society of Québec moved beyond its library services to take on an important cultural centre project, publicly known as the Morrin Centre. This cultural centre expands on the society's general-interest English-language library by introducing a complete restoration of the national historic site it calls home, guided tours and educational programs throughout the building, a regular series of cultural events in English and a new mission to foster and share English-language culture and heritage in the Québec City region. The city of Québec has shown its commitment to the society's project by turning over the heritage building, which includes the society's library, in 2004, through the signing of a 99-year lease. The Morrin Centre was officially inaugurated in June 2006.