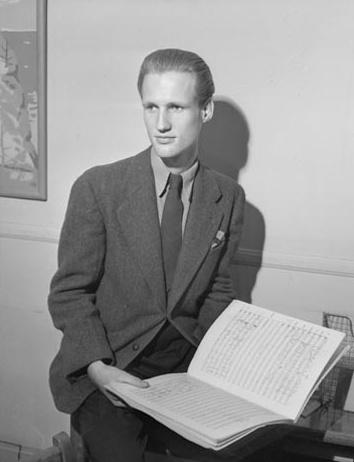 Consisting of 18 scenes, the opera covers 16 years in the life of Manitoba school teacher and Métis hero Louis Riel, from the Red River Rebellion (1869­–70) to the North-West Rebellion (1884–85), and his trial and hanging in Regina in 1885. It also dramatizes the political scheming in Ottawa that resulted from Riel’s actions, as well as several confrontations between Riel and his family, friends and foes.

Harry Somers’s diverse score differs from customary orchestral writing due to its electronic sounds and abstract or atonal music (i.e. music not written in any key). Somers also incorporates traditional Indigenous music, European folk music, popular songs and church music. The libretto includes actual quotes, such as Sir John A. Macdonald’s statement, “He shall hang, though every dog in Québec bark in his favour.”

Louis Riel had its first performances at the O’Keefe Centre (now the Sony Centre for Performing Arts) in Toronto on 23 and 28 September and 11 October 1967. It was also performed in Montréal as part of Expo 67, at the Salle Wilfrid-Pelletier, Place des Arts, on 19 and 21 October. Victor Feldbrill conducted, Leon Major directed, and Murray Laufer and Marie Day designed the sets and costumes. The original cast included Bernard Turgeon as Riel, Cornelis Opthof as Sir John A. Macdonald, Joseph Rouleau as Monseigneur Taché, Patricia Rideout as Riel’s mother, Mary Morrison as his sister, Roxolana Roslak as his wife, Howell Glynne as William McDougall and Ermanno Mauro as Baptiste Lépine. This production had six repeat performances (with the assistance of the Chalmers Foundation) in Toronto in 1968, and was adapted by Franz Kraemer in 1969 for broadcast on CBC TV.

In 1975, Louis Riel was revived by the COC for several performances, including one in Toronto on 27 September honouring the International Music Council’s 16th General Assembly. There were also performances that year at the National Arts Centre (NAC) in Ottawa on 14, 16 and 18 October, and the US premiere at the Kennedy Center in Washington, DC, on 23 October, which was presented as part of Canada’s contribution to the United States’ bicentennial celebrations.

Louis Riel was not presented again until Opera McGill gave a full staging at Montréal’s Place des Arts on 27 and 28 January 2005, in celebration of the 100th anniversary of McGill University’s music program (see also Music at McGill University). Riel was played by Luc Lalonde, Macdonald by Michael Meraw and Bishop Taché by John Taylor; François Racine was stage director and Alexis Hauser music director. The revival won an Opus Award as event of the year.

The Western Canadian premiere of the opera was presented in Vancouver, 4–6 and 7 February 2010 by the UBC Opera Ensemble and the UBC Symphony Orchestra, in collaboration with UBC Theatre and the Chan Centre for the Performing Arts. Dwight Bennet was music director and Nancy Hermiston was stage director. Riel was played by Andrey Andreychik. The premiere was preceded by a symposium exploring Métis and other Indigenous cultures and their contemporary influence, which included an address by Canada’s Chief Justice Beverly McLachlin and a performance of the Trial Scene featuring Bernard Turgeon as Louis Riel.

In 2013, the COC and the NAC announced that they would be mounting a 50th anniversary production of the opera in 2017 under the direction of director Peter Hinton. Faced with difficult questions about telling the story of a Métis hero in a “Eurocentric form” (an opera) in an era of truth and reconciliation, Hinton made some changes to the original. He added new roles, such as the Land Assembly (a silent chorus of Indigenous actors bearing witness during the performance), and The Folksinger, a character who frames the opera (played by Jani Lauzon).

While the lead roles of Louis Riel (Russell Braun) and his wife (Simone Osborne) are played by non-Indigenous people, other cast members are Indigenous, including Everett Morrison (Wandering Spirit) and Joanna Burt (Sara Riel). Hinton also includes dialogue in Michif (provided by Norman Fluery) as well as new translations of sections in the Cree language (by Billy Merasty). Louis Riel will be performed by the COC in Toronto from 20 April to 13 May, and by the NAC in Ottawa from 15 to 17 June.

Following the opera’s 1967 premiere, Kenneth Winters described it in the Toronto Telegram as a “pastiche... big, efficient, exciting, heterogeneous... It had no ring of eternity but it was a vigorous harnessing of current and choice; a brash, smart, cool hand on the pulse of a number of fashions, social, dramatic and musical.” Reviewing the 1975 performance in Washington, the Washington Star’s Wendell Margrave described the opera as “one of the most imaginative and powerful scores to have been written in this century.” A broadcast tape from that performance was used by Centrediscs to produce a three-record set of the complete opera.

Most of the opera’s productions drew criticism for a lack of Indigenous representation in terms of the performers and creative direction. The 2017 revival by Peter Hinton set out to address some of those concerns. Métis actor-singer Jani Lauzon has said that she hopes the revival will be a “stepping stone,” for Indigenous people in the opera and for non-Indigenous opera-goers.

“Kuyas,” the lullaby sung in Act III by Riel’s wife to their child, was used prior to the opera’s premiere as the test piece for the 1967 Montreal International Competition. It was recorded in 1983 by Roxolana Roslak on Centrediscs.

CBC TV’s 1969 adaptation was released on DVD in July 2011. Reviewing the opera at that time for the Globe and Mail, Robert Everett-Green wrote, “It’s both a personal story and a national epic, and the libretto is as taut and thrilling as a well-written play.”