That stark inscription welcomes visitors at the entrance of a large, timber-framed house overlooking Juno Beach, in the village of Bernières-sur-Mer, France. “La Maison des Canadiens," or Canada House, is one of the most iconic buildings in Canadian military history. It was one of the first houses liberated by Canadian soldiers on D-Day, 6 June 1944, and has since become a familiar historic landmark, standing in the backdrop of the many black-and-white photographs showing troops landing on the sands of this village in Normandy.

The house is, and has always been, two semi-detached homes in a single building. Attractive summer houses like this were once common along the Normandy coastline, until the Germans, after occupying France in the Second World War, levelled hundreds of them to construct the concrete defences of the “Atlantic Wall,” designed to resist an Allied invasion. This particular house was one of the few left intact, perhaps because it was the favoured home of an occupying German officer.

The left-hand side is owned by the family of Hervé Hoffer, whose grandfather owned the home during the war but was evicted by the Germans.

In 1984, the 40th anniversary of D-Day — when large numbers of surviving veterans first began returning on pilgrimages to Juno Beach — Hoffer met some of the Canadians who had actually liberated his house. 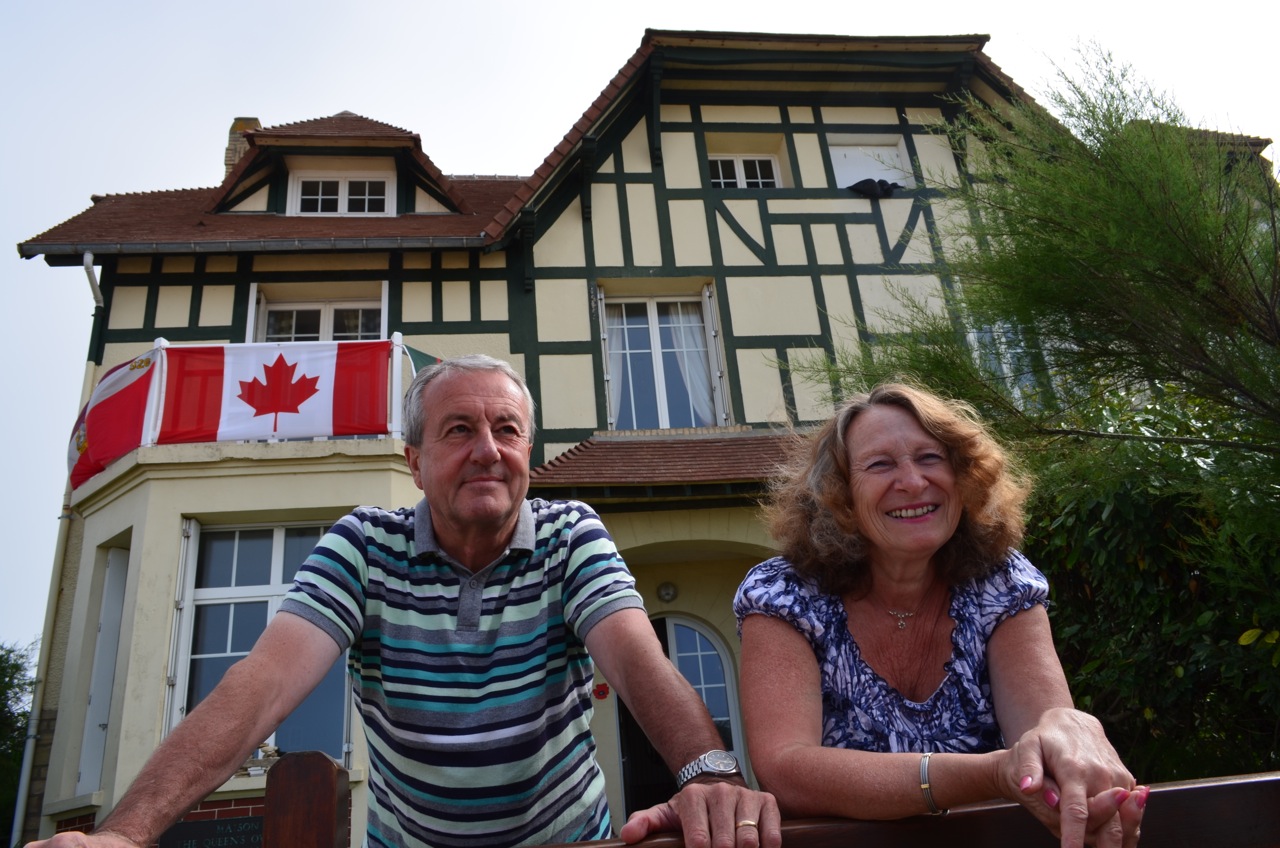 “The veterans were still young and healthy [in 1984], and many of them stopped to chat and have a beer,” Hoffer remembered. “Some asked if they could see inside the house. I made many friends, and my interest just grew from there.”

For decades after that moment, Hoffer lovingly maintained the spirit of his home's wartime history, and the memory of Canada's sacrifice. Today, visitors are almost always welcome, and inside they will find a living shrine to remembrance — a summer home festooned with maple leaf flags, regimental insignia and a large collection of wartime maps, photographs, uniforms and other artifacts.

The house has also become a place of pilgrimage for past and present members of the Queen’s Own Rifles (QOR), a Toronto-based army regiment whose members came ashore directly below the house. “The Queen’s Own Rifles were in this house 20 minutes after the landings started,” said Hoffer.

In 2004, one visiting QOR veteran presented Hoffer with a bloodstained, 100-French franc note, which now sits in a frame in the home’s front parlor. The vet told Hoffer that he was given the money on D-Day by a wounded German soldier after a firefight in a nearby church, as the German begged the Canadian to spare his life in exchange for the cash.

There was also fighting inside the Hoffer house, as Canadians cleared the building of enemy troops. Another veteran, who returned to visit in 2009, left this message in Hoffer’s guest book: “Ernie Kells, Queen’s Own Rifles — one of five soldiers who arrived at this house on D-Day, now 84 years old. Sorry about throwing grenades into your cellar.”

Every year on 1 June, Hoffer would light and hang a paraffin lantern on the balcony of his house. After sunset on 6 June, he carried the lantern over the sand and down to the water, where waded to his waist in the English Channel before throwing the lantern into the sea — often with a bagpiper serenading. He called it “a symbolic gesture to the Canadians who came that day from the sea to give us back our freedom.”

Hoffer died in January 2017, leaving the house and its artifacts to his wife and children, and in the care of L'Association la Maison des Canadiens, a private organization dedicated to the maintenance of the house and its role in Canadian remembrance.