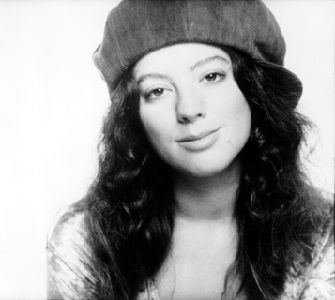 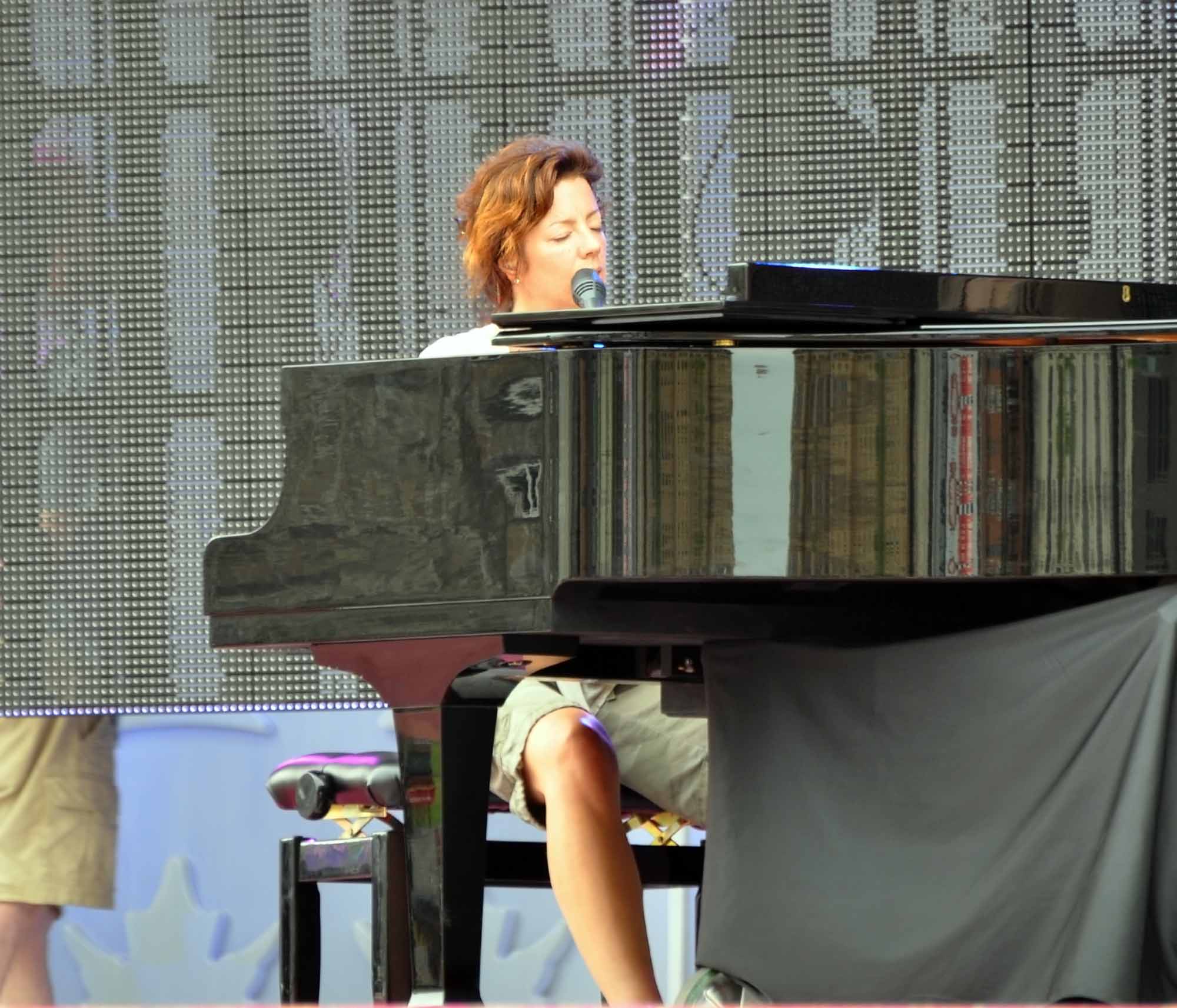 Sarah McLachlan rehearses for her Canada Day performance on Parliament Hill. June 30, 2009 in Ottawa. 13503111 \u00a9 Paul Mckinnon | Dreamstime.com
PreviousNext
Sarah McLachlan, singer, songwriter (b at Halifax, 28 Jan 1968). Sarah McLachlan studied classical guitar, piano and voice at the Nova Scotia Conservatory of Music, winning one Kiwanis Music Festival vocal contest as a girl by singing "Where the Bee Sucks, There Lurk I." Pop music was more to her liking, though; "I was your average teenage rebel with a skateboard and a bad attitude," she told The Record. At 17, she made her debut with the Halifax new-wave group October Game.

At the urging of her adoptive parents, McLachlan rejected an initial offer from Vancouver-based Nettwerk Productions in 1985, but accepted a second one 2 years later and relocated to the West Coast. Her debut album, Touch (1988), offered early hints of a signature style marked by deeply personal lyrics, sweeping melodies and ethereal vocals that critics have frequently likened to the music of Kate Bush, Enya and Tori Amos.

Solace (1991) began an ongoing collaborative partnership with Daniel LANOIS protégé Pierre Marchand, her producer and occasional co-writer. Touring extensively in Canada and the United States, she began to develop a loyal grassroots fan base. These fans call themselves "The Fumblers" in honour of McLachlan's third album, Fumbling Towards Ecstasy (1993); it sold 3 million units without the benefit of significant radio airplay.

Nettwerk has been a trailblazer in interactive technology, and McLachlan's live-in-the-studio The Freedom Sessions (1994) is widely recognized as the first compact disc to feature CD-ROM bonus material. In the mid-1990s she contributed songs to a variety of benefit album projects, including No Alternative (AIDS research) and Lit from Within (Canadian rape crisis centres). While her album sales were impressive, McLachlan didn't have her first bona fide radio hit until she recorded "I Will Remember You" for the 1995 film The Brothers McMullen.

In 1996 McLachlan tested the concept of an all-female music festival billed as Lilith Fair. (According to Jewish extrabiblical folklore, Lilith was Adam's first wife; she was rejected by Adam for refusing to be submissive.) Lilith Fair became the most successful North American concert tour of 1997, earning $16.4 million from 37 concerts with a constantly changing artist line-up that included Jewel, Fiona Apple, Sheryl Crow, Tracy Chapman, Suzanne Vega and Paula Cole. In 1998 the tour was extended to 47 cities and a first-ever European show was held in London, England.

The 1997 Lilith tour was preceded by Surfacing, recorded at Marchand's Wild Sky studio in the Laurentian Mountains north of Montréal. It sold more than 5 million copies in North America and included the hit singles "Building a Mystery,""Sweet Surrender" and "Adia." McLachlan married Ashwin Sood, her Calgary-born drummer, in early 1997. The live album Mirrorball was released just prior to the final Lilith Fair Tour, which began on 8 July 1999. "I Will Remember You," from that album, earned her a Grammy for Female Pop Vocal Performance in 2000. That same year she was invested as an Officer of the ORDER OF CANADA.

Taking a break from concert touring, McLachlan remained on the charts with Remixed (2001), a collection of dance reworkings of some of her familiar songs. Her version of the Paul McCartney classic "Blackbird" was the lead cut on the soundtrack for the acclaimed Sean Penn film I Am Sam; "Don't Let Go," a duet with Bryan ADAMS, was featured in the 2002 animated film Spirit: Stallion of the Cimarron. McLachlan gave birth to her first child, India, in 2002 and in 2003 released Afterglow, another collection of richly melodic originals that became an instant bestseller in Canada and debuted high on the US album charts. In anticipation of a busy Australian, North American and European touring schedule in 2004, she released the 5-song Live Acoustic EP in May of that year; the same songs were originally available exclusively in the United States through the iTunes music store, where they were downloaded more than 100 000 times in total and helped establish Apple Computer's online service as a legitimate music retailer.

Bloom Remix Album, her second collection of dance remixes, was released in 2005. In early 2006 she earned a Grammy nomination for the Sophie Muller-directed video of "World On Fire," a track from Afterglow. According to her record company, she spent just $15 on the video clip and donated the remainder of its anticipated $150 000 budget to such relief agencies as CARE, Comic Relief, War Child and Engineers Without Borders.

Family has been Sarah McLachlan's clear priority in recent years; she gave birth to a second daughter, Taja Summer, in 2007. In an exceedingly rare concert appearance, she peformed at the Unite Against AIDS fundraising concert for UNICEF at Montréal's Bell Centre that year. Her Christmas album, Wintersong, was released in 2006 and has sold more than a million copies worldwide; it includes versions of Joni Mitchell's "River" and John Lennon's "Happy Xmas (War Is Over)" along with McLachlan's own title track. A second edition of Rarities, B-Sides and Other Stuff, was released by Nettwerk Productions in 2008. The lead track is "Ordinary Mind," Sarah McLachlan's contribution to the 2006 Charlotte's Web movie soundtrack. Her 2010 album Laws of illusion was nominated for pop album of the year at the 2011 Junos. That year, she was also nominated for songwriter of the year and artist of the year. In 2012 she was awarded a star on Canada's Walk of Fame.