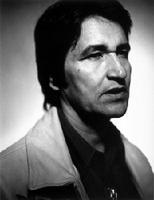 A skilled and resolute negotiator committed to the belief that getting constitutional recognition of native rights was the necessary first step to solving natives' problems (photo by Graham Law).

Ovide William Mercredi, lawyer, Indigenous leader (born at Grand Rapids, MB 1946). After graduating from the University of Manitoba, Mercredi practised law at The Pas until 1982, when he became legal adviser and then director of the Assembly of First Nations at Ottawa. In 1990 he helped to co-ordinate the successful effort by the Assembly of Manitoba Chiefs to block the Meech Lake Accord (see Meech Lake Accord: Document) in the Manitoba legislature. A year later, he succeeded Georges Erasmus as national chief of the AFN. A skilled and resolute negotiator, committed to the belief that getting constitutional recognition of Aboriginal Rights was the necessary first step to solving the problems of Indigenous peoples, he was a prominent participant in the constitutional discussions of 1991-92.

The Charlottetown Accord (see Charlottetown Accord: Document) produced a commitment to Aboriginal Self-Government but no concrete details and its failure to obtain passage left Aboriginal self-government on the constitutional back-burner. Mercredi's leadership of the AFN came under fire over his administrative style which did not include consulting the chiefs on a regular basis. He was elected to another term as national chief in a very close vote in 1994 and was defeated in July 1997 by Phil Fontaine.