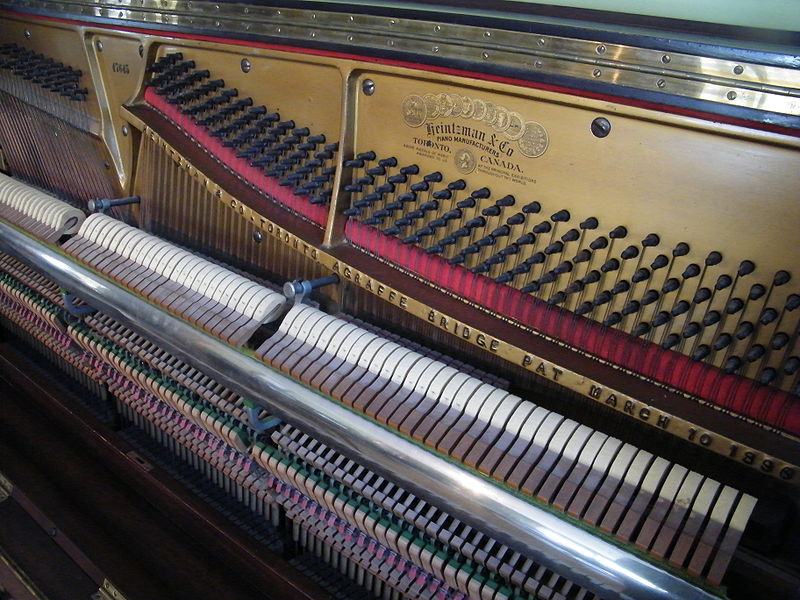 In the early 19th century, demand for musical instruments increased with Canada’s growing population. However, importing pianos from Europe was impractical because of the high cost of transporting such large instruments, and the risk of damage during long transport in damp cargo holds. Moreover, imported pianos, made primarily in Germany and Great Britain, reacted unfavourably to the Canadian climate.

The first builders in Canada — skilled British or German craftsmen — worked in small workshops with few assistants, producing probably no more than one or two pianos per month. Most of their time was likely spent tuning and repairing. One of the earliest builders was Frederick Hund, active in Québec City in 1816 and later in partnership with Gottlieb Seebold. The firm of G.W. Mead (Mead, Mott & Co.) was active in Montréal from about 1827 to 1853. John Morgan Thomas was established in Montréal by 1832 and moved to Toronto in 1839, but it is not known when he began to build pianos.

The dates above have been taken from the documentation of surviving instruments (e.g., a Laurilliard piano in the New Brunswick Museum in Saint John; one from Mead, Mott & Co. in the Château Ramezay in Montréal; and a Richard Owen piano in the Royal Ontario Museum in Toronto), or from contemporary advertisements or city directories. The 1851 census lists four individual piano builders or companies in Upper Canada (all in Toronto) and 13 in Lower Canada (10 in Montréal, three in Québec City).

By the time of Confederation in 1867, larger piano manufacturing firms were being established. The company of John C. Fox (formerly of New York, located 1862–68 in Kingston) produced about 500 pianos a year (see Weber Piano Co.). In Montréal, Mead Bros & Co. had evolved from Mead, Mott & Co., and the Craig Piano Co. was established in 1856. Theodore Heintzman, trained in Berlin and New York, began building pianos in Toronto in 1860 and formed a company in 1866 (see: Toronto Feature: Heintzman & Company). Though not active as manufacturers until around 1890, A. & S. Nordheimer began a business in 1842 as agents for pianos and dealers in musical merchandise in Kingston, and in 1844 moved to Toronto.

The new industry prospered in the favourable conditions following Confederation. The population of Eastern Canada was growing rapidly in size and wealth, and the completion of the Canadian Pacific Railway in 1885 made it possible to ship pianos to the newly settled Western provinces.

With a few exceptions, piano manufacturers were primarily centred in Southern Ontario and the Montréal region. The most important names at the turn of the century were: Theodore Heintzman, his nephew Gerhard Heintzman, Mason & Risch, Mendelssohn Piano Co., Newcombe Piano Co., Nordheimer, and Gourlay, Winter & Leeming, all in Toronto; Bell Piano and Organ Co. in Guelph; Dominion in Bowmanville; Evans Brothers in London; Karn Piano Co. in Woodstock; Morris, Feild, Rogers Co. in Listowel; R.S. Williams & Sons in Oshawa and Toronto; Wormwith & Co. in Kingston; Martin-Orme in Ottawa; Craig, Foisy and Pratte in Montréal; and Willis & Co., Lesage Pianos Ltd., and Sénécal et Quidoz in Ste-Thérèse.

A few manufacturers were based outside Ontario and Québec: e.g., John Bagnall in Victoria, whose business was taken over by Charles Goodwin in 1885; Amherst Piano Co. in Amherst, Nova Scotia; W. Fraser and Sons in Halifax; and Edmund E. Kennay in Saint John. Retail branches or warehouses existed in the young cities of Winnipeg, Regina, Saskatoon, Calgary, Edmonton and Vancouver, but none of these had established piano manufacturing at the time.

As a further incentive for Canadian manufacturers, the protective tariff of 1879 discouraged competition from manufacturers in the United States. However, even stiffer tariffs in the US (45 per cent in 1903) stifled Canadian exports to that country. Export to other continents also developed slowly. In 1893 only 135 pianos left Canada, mostly for Great Britain, Australia and the US, whereas Canada imported nearly four times that number from the US alone. By 1903, however, the balance had swung, with 509 exports and only 367 imports. During the early years of the 20th century, trade experts observed that the quality of most Canadian pianos was so high that Canadians tended to import the pianos of only the most renowned makers, such as Steinway in New York, and the cost of these imports limited the demand. 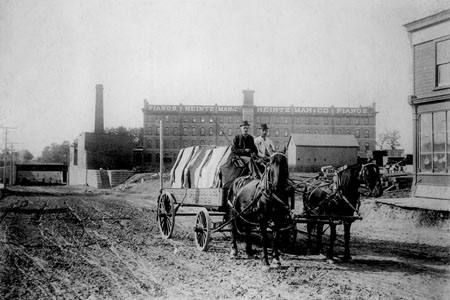 A horse-drawn piano delivery wagon north on Keele and Dundas Streets, circa 1910 (courtesy of the West Toronto Junction Historical Archives.

More than 100 piano manufacturing companies, individual builders and makers of accessory parts flourished at some point during the peak era of the industry: ca. 1890 to 1925. Many of these (Bell, Dominion, Karn) also built organs (see Organ Building). During the first 12 years of the 20th century, the number of pianos manufactured in Canada more than doubled, increasing from about 12,000 in 1900 to about 30,000 by 1912.

Best survived to become a subsidiary of Heintzman in 1973, and in the 1980s became affiliated with another maker of strings, Piano Tech. These and other companies, such as Pianophile in Montréal, were primarily wholesalers importing accessory parts from the US and Japan, but also provided custom-made parts upon demand. Other custom part makers include André Bolduc of Montréal and Ari Isaac of Toronto (both were still active as of 2015).

In 1899, piano manufacturers united to form the Canadian Piano and Organ Manufacturers' Association, which existed until 1975, when it became the keyboard committee of the Music Industries Association of Canada (MIAC). The unofficial magazine of the trade was the Canadian Music Trades Journal (1900–33). 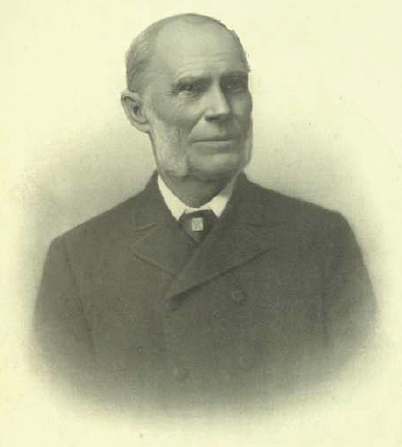 The First World War caused a temporary setback for piano manufacturing in Canada. Woods, metals and fuel were withheld from “luxury industries,” and experienced craftsmen joined the armed forces. Faced with a shortage of experienced men, many piano firms hired women trainees (the Sherlock-Manning Piano Company of London and later Clinton, Ontario, may have been the first piano manufacturer in Canada to pay its female employees the same wages as male employees received.)

With the exception of the wartime period, the piano manufacturing industry continued to thrive in the early 20th century. Advertising was designed to stir interest in the piano among all members of the average family. In the 19th century, the piano in Canada had been associated largely with genteel young ladies. But in the 20th century, slogans like “a piano for every parlor” and the “Music in the Home” campaign of the Canadian Bureau for the Advancement of Music gradually made the piano seem an integral part of life. The growing number of amateur musicians and the increasing appeal of popular music provided a fertile ground for the introduction of the player piano.

In the 1920s, several factors conspired to cause a gradual decline of the piano industry. Radio and sound films appeared, and the player piano craze began to wane. Fewer new houses had the space for a piano. Economic conditions were unstable, and family savings were more likely to be spent on work-saving appliances — refrigerators, washing machines, vacuum cleaners and automobiles — than on luxuries like a piano. An unofficial study undertaken in the late 1920s found that four in five Canadian homes had a smaller, more affordable phonograph and/or radio, but only one in five had a piano.

As a result of declining demand, several companies amalgamated or were taken over by others (e.g., Heintzman & Co. absorbed Gerhard Heintzman in 1927 and Nordheimer in 1928; Lesage took over Craig in 1930; and Sherlock-Manning acquired Doherty in 1920 and Gourlay, Winter & Leeming in 1924). Others simply went out of business (e.g., Morris in 1923; Evans Brothers ca. 1933). Some piano companies introduced new smaller models, even vying with one another to produce the smallest, in an effort to appeal to apartment dwellers and owners of small homes. (In 1921, the Weber Co. designed a five-octave, three-foot grand piano for a Winnipeg family.)

Only the strongest companies survived the Depression. Among those that ceased to exist were Bell, Craig, Dominion, Weber and Williams. In 1940 only Lesage, Quidoz and Willis & Co. were still active in Québec (Willis went bankrupt in 1979.) In Ontario in 1940, the survivors were Sherlock-Manning Pianos, Heintzman & Co. (which merged under the Heintzman name in 1978), and Mason & Risch (still operating in Canada, but taken over by an American firm in 1948). In New Westminster, British Columbia, a firm known as the Edmund Piano Co. was active until the 1950s.

Statistics after 1935 indicate a small but steady overall increase in the demand for and production of pianos. However, the figures (relative to population growth) are small compared with those of the earlier, peak years of the industry. Radio, the phonograph, television and more sophisticated home sound systems gradually displaced the piano as the focus of home entertainment. Other musical instruments, notably the guitar and the multi-gadget electronic keyboard, gradually became more popular among people with only a recreational interest in playing.

Whereas the piano was, at one time, the foundation of nearly every child's musical education, trends in music education beginning around the 1940s caused students to choose a wider variety of instruments, especially the accordion, band instruments and, more recently, string instruments. Even so, it was estimated that in the late 1970s nearly half of all music students played the piano. However, they were increasingly playing pianos manufactured outside of Canada or made by foreign companies.

End of the Industry

By the 1940s and 1950s, foreign manufacturers began moving into the Canadian market (e.g., Mason & Risch was bought by a large American corporation). By the 1960s the Japanese pianos, notably Yamaha, were being strongly merchandised. Generally lower-priced and widely available, they competed so briskly with Canadian pianos that in many instances they were being ordered in quantity by schools and conservatories which formerly had used Canadian instruments.

Sales of Canadian pianos continued to decline during the 1970s. The period 1980–86 witnessed the final intense struggle for the survival of the industry and its three remaining companies: Heintzman, Sherlock-Manning, and Lesage. After years of continuous ownership, each firm sold in the hope that new owners might provide better skills and resources: Heintzman was sold to Sklar-Peppler in 1981; Sherlock-Manning to Draper Bros. and Reid in 1984; and Lesage to PSC Management, a syndicate operated by Grant Clark, in 1986.

Following attempts to revitalize both design and marketing, Sklar ceased production of the Heintzman piano in 1986. The Heintzman & Co. brand name was taken over in 1989 by an independent Chinese-Canadian company, which manufactures pianos in Beijing. (World-renowned concert pianist Lang Lang performed on a Heintzman & Co. grand piano during the opening ceremony of the 2008 Olympic Summer Games in Beijing). Lesage closed down in 1987. Sherlock-Manning passed through three more owners; in 1991 its factory in Vanastra, Ontario, remained open with a staff of two, but closed down shortly thereafter.

In so far as their status can be determined, distributors and retailers have been omitted from the ensuing list of piano builders and assembly plants. Many of the pre-1860 names represent individual craftsmen rather than manufacturers. Minor name changes (e.g., from “piano and organ company” to “organ and piano company”) have not been indicated. A date generally refers to the years during which pianos were built, not to a company's entire lifespan.