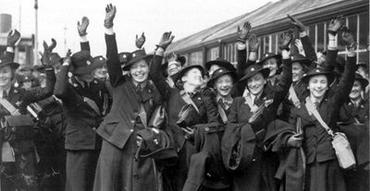 The International Committee of the Red Cross is an independent institution recognized by international law (in October 1986 the organization changed its official title to the International Red Cross and Red Crescent Movement). There are 175 recognized Red Crescent and Red Cross National Societies. The International Federation of Red Cross and Red Crescent Societies (IFRC), formerly known as the League of Red Cross Societies (established 1919), co-ordinates relief to disaster areas. The world Red Cross movement was founded in Geneva, Switzerland, by Henry Dunant, who had organized help for the wounded at the Battle of Solferino (1859). A book he wrote about the carnage he witnessed stimulated worldwide concern. His work resulted in the signing of the First Geneva Convention (1864), which provided for the neutrality of medical personnel in war and humane treatment of the wounded. He shared the first Nobel Peace Prize in 1901. The famous Red Cross symbol (the reverse of the Swiss flag) was adopted to identify and guarantee the safety of relief workers.

The founder of the Red Cross movement in Canada was George Sterling Ryerson. He accompanied the militia force sent to quell the North-West Rebellion in 1885 and used a makeshift red cross to protect his horse-drawn ambulance. This flag (currently the property of the Metropolitan Toronto Reference Library and now in the national office of the Red Cross in Ottawa) was flown during the Battle of Batoche, 9-12 May 1885. In 1896 Ryerson organized a Canadian branch (Toronto) of the British Red Cross Society which raised money for the relief of combatants in the Spanish-American War in 1898 and in 1899 distributed medical supplies during the South African War.

In 1909 the federal government passed the Canadian Red Cross Society Act, which established the society as the corporate body responsible for providing volunteer aid in Canada in accordance with the Geneva Convention. During WWI the society raised $35 million in relief, shipped supplies overseas, maintained 5 hospitals in England and one in France, and provided recreation huts and ambulance convoys. After the war, outpost hospitals were set up in isolated areas, and in 1927 the International Committee recognized the CRC as an independent national society. During WWII the society contributed volunteer services and $80 million in goods and money, followed in later years by veterans' services and overseas services for orphaned children and refugees.

The Canadian Red Cross supervises a number of programs including the Water Safety Service, which trains instructors who implement the program in all parts of Canada. Volunteers provide transportation and recreational facilities for veterans, hospital outpatients and the aged and the disabled.

Prior to 1998, the Canadian Red Cross also supervised the Blood Transfusion Service (established 1947, later the Blood Services), which accepted blood from over one million donors each year. Following the blood collection crisis of the 1990s, in which some blood and blood products from the early 1980s were found to be contaminated by the human immune deficiency virus and hepatitis C (see Krever Inquiry), this function was taken over by the Canadian Blood Services.

The CRC is made up of four zones - Western, Ontario, Québec and Atlantic - and 428 branches, and has its national office in Ottawa.