The Naujaat area is the homeland of the Aivilingmiut Inuit, and most of the hamlet’s residents are Inuit. Europeans first arrived in 1741 and 1746; these visits led to the establishment of a whaling industry. Christopher Middleton is typically credited with naming the area Repulse Bay in 1741–42 when he realized it was a cul-de-sac and not a route out of Hudson Bay.

The Hudson’s Bay Company built its first post in the settlement in 1916 and was joined by rival fur-trading company Révillon frères in 1924. A Roman Catholic mission was built in 1932.

In 2015, the hamlet officially changed its name from Repulse Bay to Naujaat, its traditional Inuktitut name meaning “nesting place for seagulls.”

The economy of the area is very traditional, although it also includes prospecting by mining companies. Economic activities include hunting, trapping, fishing, carving and the production of traditional arts and handicrafts. There is also a local tourism industry based on the area’s natural and historic sites. Ukkusiksalik National Park is located southwest of the community, on Wager Bay, and managed from a Parks Canada office in Naujaat. 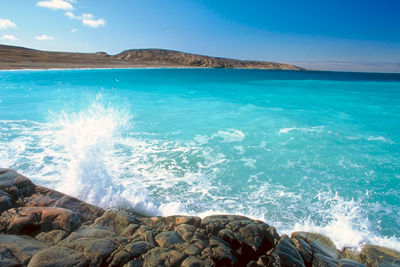 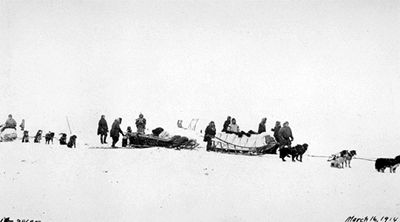