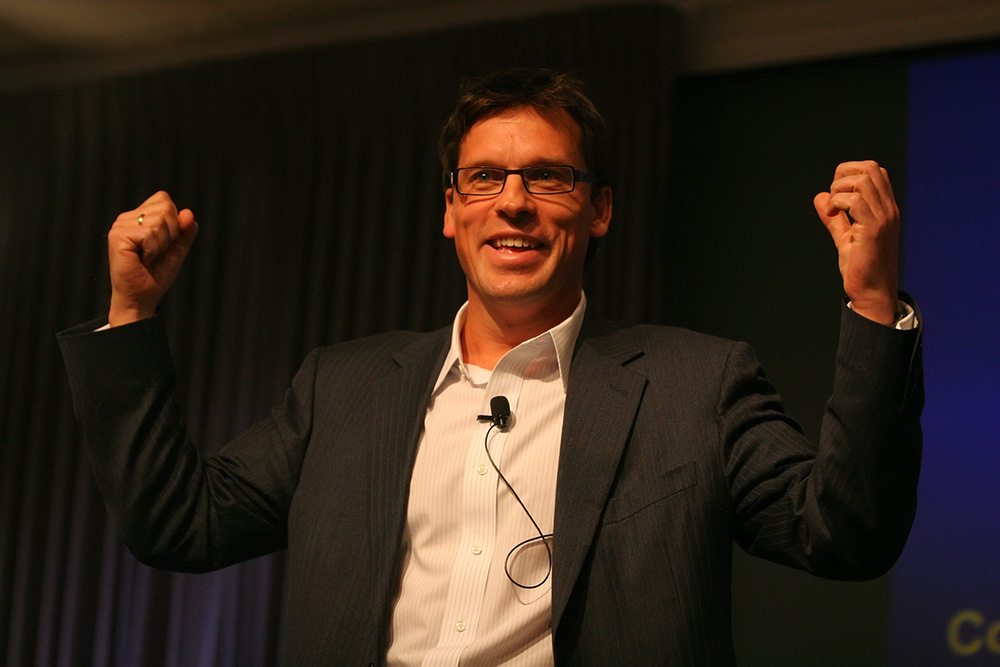 Johann Koss, four-time Olympic Gold Medalist in speed skating and founder of Right to Play. His organization focuses on improving the lives of children in the most devastated areas of the world. Photo taken on: October 14th, 2009

Right To Play International is a global charitable organization that uses the power of sport and play to educate children who are facing adversity, poverty and conflict. Its international headquarters are located in Toronto, Ontario. Founded in 2000 by Johann Olav Koss, the organization has been headed by Kevin Frey since 2015.

Right To Play International has run play- and sports-based programs in countries around the world, including Benin, Burundi, Canada, China, Ethiopia, Ghana, Jordan, Lebanon, Liberia, Mali, Mozambique, Pakistan, the Palestinian territories (West Bank and Gaza), Panama, Rwanda, Tanzania, Thailand, Uganda and the United States. The organization works with children who live in countries that have faced humanitarian disasters and crises or require significant help because of poor living conditions. As of 2013, Right To Play International reaches one million children on a weekly basis.

Right To Play International uses games, play-based activities and sports to help create positive and sustainable change, with a focus on promoting quality education, peaceful communities and healthy living. The play-based programs are delivered within schools and outside in community settings and help teach math, English, science, disease prevention and life skills that are centred on building self-esteem to children. Health has been a major part of the organization’s mandate. Its programming has resulted in an increased understanding of hygiene, sanitation, malaria transmission and sexual and reproductive health, including AIDS and HIV, among children.

The success of Right To Play depends on the work of volunteer ambassadors and coaches (program leaders), as well as paid staff. In 2015, there were 14,900 volunteer coaches, 627 international staff members and more than 300 athlete ambassadors. Right To Play Internationalhas local staff who work in each of the countries involved. The coaches are local leaders and teachers who are trained by Right To Play staff members and implement the various programs based on the needs of the community. The ultimate goal is to help communities develop self-sustaining programming. Athlete ambassadors (both Olympic and professional athletes) volunteer their time to promote Right To Play initiatives, speaking to the media and interacting with children in Right To Play programs around the world.

The organization encourages and promotes teamwork and equality: children are taught to accept everyone and not discriminate on the basis of gender, race or religion. The organization has made a conscientious effort to focus on gender equality and female participation. By 2015, 57 per cent of the coaches were female and half of the children participating in programs were girls. There has also been a focus on delivering programs for children with disabilities. By 2013, there were 10,700 children with disabilities participating in the Right to Play International curriculum.

Right To Play International was originally known as Olympic Aid, a program initiated in 1992 by the Lillehammer Olympic Organizing Committee prior to the 1994 Olympic Winter Games in Lillehammer. The purpose of the organization was to raise money for regions that had been decimated by war or other disasters. Much of this fundraising was done by athletes, who were assigned to different countries and regions.

One such athlete was Norwegian speed skating legend Johann Olav Koss, who was assigned to the country of Eritrea. Koss visited the country a few months prior to the 1994 Olympic Winter Games in Lillehammer. Moved by what he saw, the gold medallist donated much of his winnings to Olympic Aid, challenging his fellow athletes and Norwegians to donate as well.

A total of $18 million was raised, with the funds helping to build a hospital in Sarajevo and schools in Eritrea, as well as assisting refugees in Afghanistan and providing funds to a child/mother program in Guatemala and a child disability program in Lebanon.

The organization continued to raise money for those affected by war and disaster. At the 1996 Olympic Summer Games in Atlanta, Olympic Aid joined forces with UNICEF, helping to raise a total of $13 million to vaccinate women and children in Iraq and Afghanistan.

In 2000, Olympic Aid became Right To Play, and Koss became its chief executive officer. He helped transition the organization from a fundraising body to a non-governmental organization and moved the organization’s headquarters to Toronto.

Evolution of Right To Play International

The first Right To Play programs were established in Angola and the Ivory Coast in 2001, in partnership with the United Nations High Commissioner for Refugees. By the end of the year, Right To Play International had expanded to eight countries. This was followed by the development of the programs SportWorks and SportHealth in 2002. While the focus of SportWorks was on the holistic development of children through sport and play, as well as on developing community potential, the focus of SportHealth was on health education. In 2003, Right To Play International instituted a measles vaccination program in Zambia, where 18,000 children were vaccinated in a period of one week.

Right To Play International launched its first country office in Sierra Leone in 2004. It would be the start of the organization’s efforts to decentralize. Even though national fundraising offices had been established by this time in Norway, the United States, the Netherlands and Switzerland, the organization began to hire local staff and leaders to implement programs. The success of this approach became apparent in 2007, when Right To Play staff in Uganda reported that children were becoming local leaders and were involved in planning programs and activities.

Right To Play in Canada

Right To Play International had a major presence at the 2010 Olympic Winter Games in Vancouver, British Columbia, where it launched World of Play, an interactive educational pavilion, and RTPtv, where athlete ambassadors discussed the values of sport.

Right To Play also operates programs in Canada. In 2010, the Promoting Life-skills in Aboriginal Youth (PLAY) program was launched, in partnership with 88 First Nations communities and urban Indigenous organizations. The goals are to increase employability and improve educational outcomes, peer relationships and physical and mental health among Indigenous children and youth in Canada. 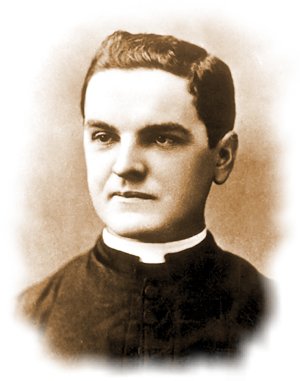 Knights of Columbus in Canada