Played with six players on the ice at one time, ringette is a skilful game which emphasizes team play and has no intentional body contact. The game begins with a "free pass," the object of the game being to outscore the opponent. Unlike in hockey, players are not allowed to carry the ring across the blue lines, but instead must pass the ring to a teammate over the blueline. Only three players from each team (plus the defending goalie) are allowed in the end zones at the same time. The result is a fast-moving, dynamic game that demands good skating and passing skills. When a 30-second shot clock was introduced in 2000, the game became even faster.

Canadian opportunities for participation range from house leagues to competition in the Canadian ringette championships, first held in Winnipeg in 1979. Ringette is also included in the Canada Winter Games. Ringette was invented in North Bay, Ontario, in 1963 by Sam Jacks, and is now played in countries around the world, including Finland, Sweden, France, ,and the United States. The International Ringette Federation was formed in 1986 and the first world championship was held at Gloucester, Ontario, in 1990. Team Alberta, the “Calgary Debs,” won that inaugural championship, cementing Canada's reputation as the leading country in the sport. 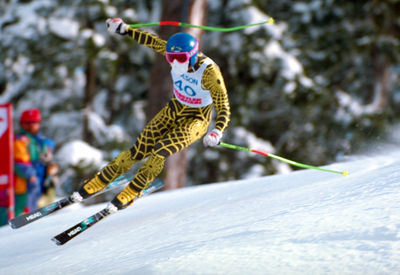