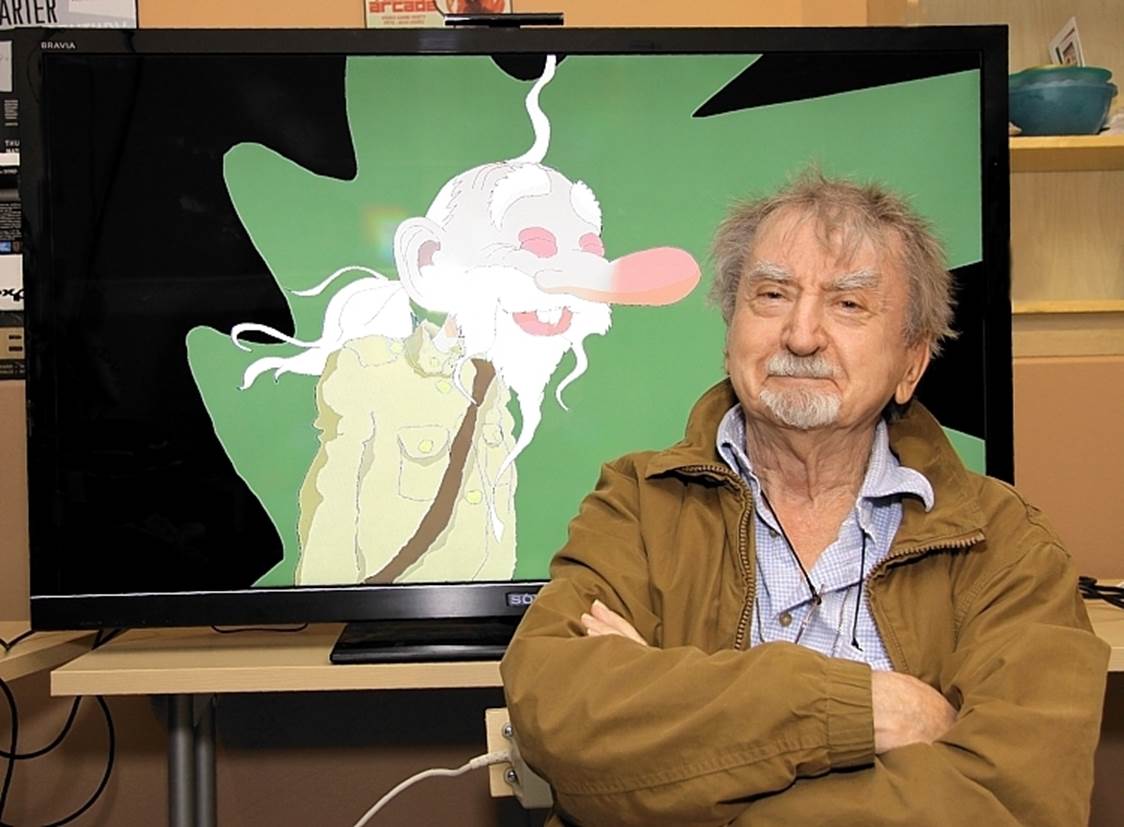 Roman Boghdan Kroitor, director, producer, writer, editor, inventor (born at Yorkton, Sask 12 Dec 1926, died near Montréal 16 Sept 2012). Roman Kroitor was a brilliant technical innovator who pioneered new cinematographic approaches for decades. He attended the Mulvey and Gordon Bell Schools in Winnipeg and received a master's degree in philosophy and psychology from the University of Manitoba in 1951. He joined the NATIONAL FILM BOARD OF CANADA (NFB) as a summer intern in 1949 and directed his first film, Rescue Party, in 1952. In the 1950s he was one of the first filmmakers to use the new lightweight cameras and portable sync-sound tape recorders. As one of the leading members of the cinéma-vérité movement at the NFB's Unit B (along with Colin LOW, Terence MACARTNEY-FILGATE, Wolf KOENIG and producer Tom DALY), Kroitor made a major contribution to the influential Candid Eye series (14 films made for the CBC, 1958-61), and directed the legendary Lonely Boy (1962; a film about singer Paul Anka) with Wolf Koenig. It won Film of the Year at the 1963 CANADIAN FILM AWARDS (CFA).

Along with Colin Low, Kroitor directed UNIVERSE (1960), possibly the NFB's most honoured film. It traces a trip through the universe from the planet Earth to the furthest reaches of space with such mathematical precision that it became required viewing by NASA technicians as they plotted to send a man to the moon. The techniques developed to produce this marvel of animation were later used by Stanley Kubrick in his groundbreaking sci-fi epic, 2001: A Space Odyssey. Kroitor also conceived and designed the multi-chambered, multi-screen LABYRINTH project, directed with Low and Hugh O'Connor; it was one of the most brilliant efforts at EXPO 67.

In the late 1960s Roman Kroitor left the NFB briefly to found the IMAX Corporation with Graeme FERGUSON and Robert Kerr, and produced Tiger Child, directed by Donald BRITTAIN; it was the first film partially shot in the revolutionary format for the World's Fair in Osaka, Japan. Kroitor returned to the NFB in the mid 1970s and was put in charge of dramatic production, producing Robin SPRY's One Man (1977, winner of 6 CFAs), and securing two Oscar nominations, for Giles Walker's Bravery in the Field (1979) and John N. Smith's First Winter (1981). Later he returned to IMAX and had a hand in directing its first feature-length film and the first concert film shot in the IMAX format - Rolling Stones at the Max - in 1991. He was also responsible for inventing the Sandde hand-drawn stereoscopic animation system that allows animators to directly draw in full stereoscopic 3D.

In 2001 Roman Kroitor received the Nation Builders Award from the Ukrainian Canadian Congress.