The Royal Canadian Legion is a non-profit, national organization that serves Canadian war veterans and their families and lobbies government on their behalf. It is best known for selling poppies every fall and organizing Remembrance Day ceremonies across the country. In recent decades, the Legion has struggled with declining membership, due in large part to the loss of Second World War and Korean War veterans.

The Royal Canadian Legion is a non-profit, national organization that serves Canadian war veterans and their families and lobbies government on their behalf. It is best known for selling poppies every fall and organizing Remembrance Day ceremonies across the country. In recent decades, the Legion has struggled with declining membership, due in large part to the loss of Second World War and Korean War veterans.

The Royal Canadian Legion has its origins in several small associations of ex-soldiers that existed throughout Canada before and during the First World War. One of the groups was the Army and Navy Veterans in Canada. The largest national organization, established in 1917, was the Great War Veterans’ Association (GWVA). By the end of the war there were 15 veterans groups and a variety of regimental associations scattered across the country, representing the interests of former servicemen and women.

In the mid-1920s, internal problems at the GWVA, along with a decline in membership and competition from rival associations, brought the GWVA to near collapse. In 1925, British Field Marshal Earl Haig, co-founder of the British Empire Service League (BESL), visited Canada and encouraged all Canadian veterans to unite under one organization. In 1925, the GWVA and other groups met in Winnipeg, where they decided to amalgamate to form the Canadian Legion of the BESL — recognized by an Act of Parliament. 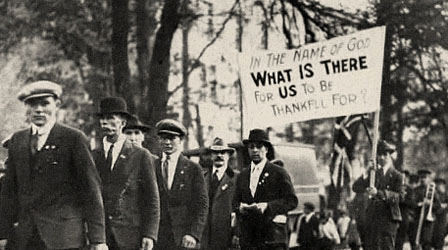 The new Legion grew steadily during the 1930s and became an influential voice in advising government in improved pension and health benefits for First World War veterans. During the Great Depression, the Legion worked to assist many veterans suffering through hard economic times.

The Legion expanded rapidly during and immediately after the Second World War, which created a massive influx of new and younger veterans. During the war, the growing organization provided entertainment programs and canteens for troops in Canada and overseas, as well as correspondence tutoring courses for men and women in uniform.

When the war came to an end, more than a million Canadian veterans returned home. The Legion concentrated its efforts in helping them re-enter civilian life and advising them on pensions and other benefits available from the federal government. The Legion helped advocate for the Veterans Charter, a landmark set of national laws that created new services for veterans, including vocational and university training, land grants for farming, low-cost housing and disability pensions. (See Second World War Veterans.)

In 1960, the organization was renamed The Royal Canadian Legion.

Did you know?
The Royal Canadian Legion is godfather to Prince Floris, the youngest son of Princess Margriet of the Netherlands and her husband, Professor Pieter van Vollenoven. Princess Margriet was born in Ottawa, where the Dutch royal family took refuge during the Second World War. Prince Floris became an Honorary Dominion Vice-President of the Legion in 2008.

Today the Legion in each province and territory is organized as a command, each falling under the national or "Dominion" headquarters based in Ottawa. It is a non-profit organization funded primarily by membership fees, and without government operating grants. The Legion currently has about 1,350 branches across Canada, as well as a handful of branches in the United States, Mexico and Europe. Leaders from the dominion, command and branch offices meet every two years at a national convention.

In the 21st century, the Legion faces a hollowing-out crisis. Membership, which once topped 600,000 in the post-war decades, had fallen to about 300,000 as of 2016 — partly thanks to the passing away of the generation that fought the Second World War and the Korean War. As of January 2021, the Legion had approximately 260,000 members. In a bid to halt the decline, the Legion now offers membership not only to Canadian war veterans but to any Canadian, or any citizen of an Allied nation, aged 18 or older. It also seeks members from among the current and former ranks of the Royal Canadian Mounted Police. Only about a third of the Legion's members are now actual veterans; many others are wives or relatives of veterans.

The Legion continues to serve and advocate for veterans and their dependents, by bringing their concerns to the attention of the government. The organization lobbies the federal government on pensions, disability and funeral benefits for veteran families, and advocates in specific cases for individuals making claims. It also advocates on social, health and defence issues of general interest to Legion members. 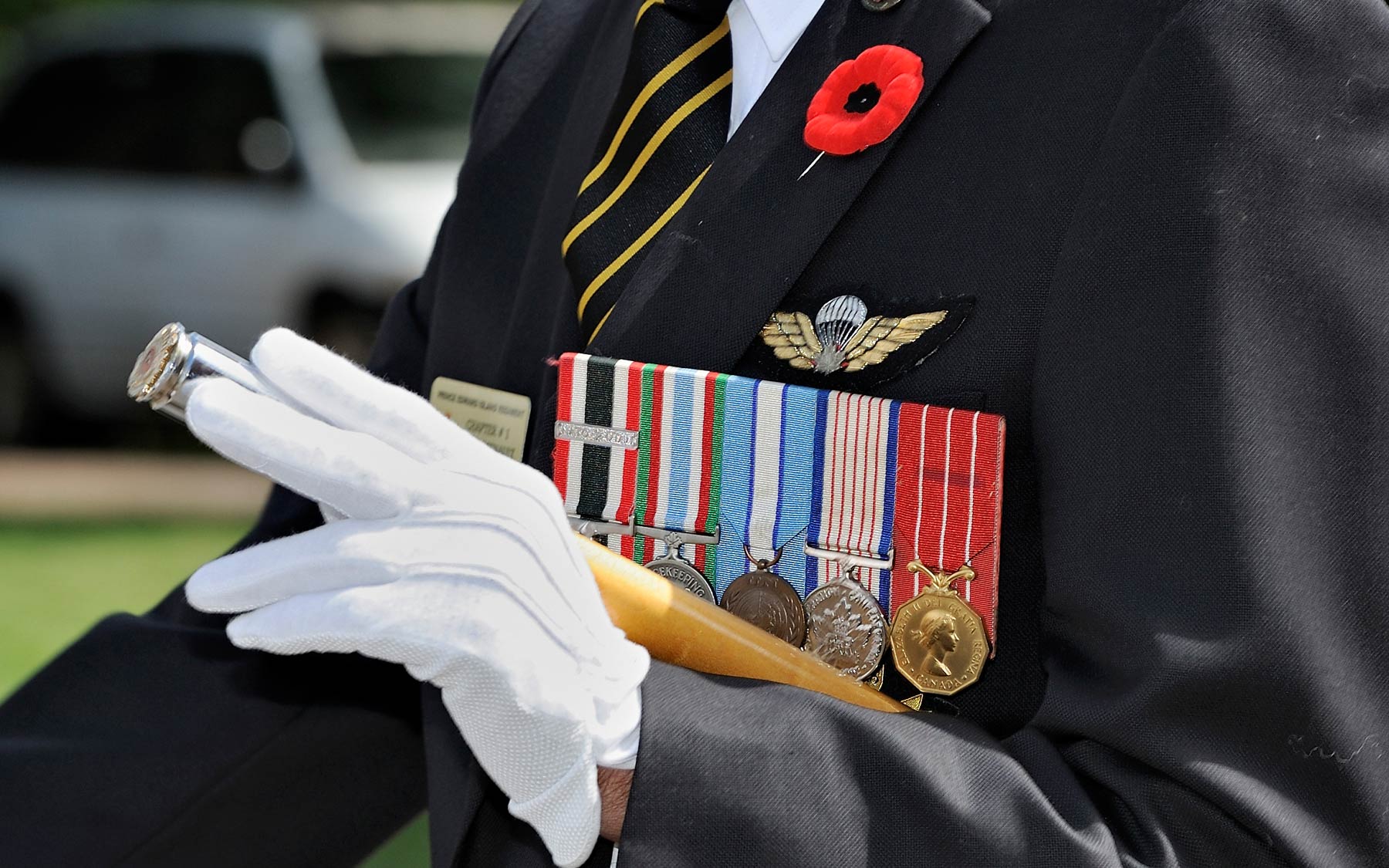 In addition to charitable work in local communities where Legion branches are present, the national and provincial commands work to preserve remembrance in Canada. The Legion runs the poppy campaign every October and November, organizes Remembrance Day ceremonies across the country, and selects a Canadian mother whose son or daughter has died in wartime, to receive the Memorial (Silver) Cross from the federal government. In recent years, the Legion has led modern efforts to rejuvenate the national observance of "two minutes of silence" on 11 November. In 2000, it helped organize the creation of the Tomb of the Unknown Soldier and the patriation of that Canadian soldier's remains to Canada from France.

Did you know?
The first “poppy day” in Canada occurred on 11 November 1921. Earlier that year, Anne Guérin of France visited Canada to promote the poppy campaign. Guérin had started the American and French Children’s League, which sold cloth poppies to raise money for people suffering in war-torn France. She convinced the Canadian Great War Veterans Association (a predecessor of the Royal Canadian Legion) to adopt the poppy as their symbol of remembrance as well. The veterans’ association chose Jewish-Canadian philanthropist Lillian Freiman to lead the poppy campaign in Canada. Millions of poppies were brought to Canada from Guérin’s organization in France. They were supplemented by cloth poppies created by Canadian women, including some working in Freiman’s home in Ottawa. By 1922, lapel-worn poppies were manufactured and distributed by veterans in Canada. The Royal Canadian Legion has run the poppy fundraising campaign in Canada since 1925.