During the First World War, more than 5,000 Canadian pilots served in the Royal Flying Corps (RFC). The RFC was formed on 13 April 1912 to satisfy Britain's need for a military presence in the expanding field of aviation. It joined with the Royal Naval Air Service (RNAS) in April 1918 to become the Royal Air Force. During the war, an RFC/RAF training program in Canada produced approximately 10,500 pilots, mechanics and aircraftmen.

During the First World War, more than 5,000 Canadian pilots served in the Royal Flying Corps (RFC). The RFC was formed on 13 April 1912 to satisfy Britain's need for a military presence in the expanding field of aviation. It joined with the Royal Naval Air Service (RNAS) in April 1918 to become the Royal Air Force. During the war, an RFC/RAF training program in Canada produced approximately 10,500 pilots, mechanics and aircraftmen.

The Royal Flying Corp comprised a military wing, a naval wing (which became the Royal Naval Air Service in 1914) and a flying school. The Corps’ duties included reconnaissance, bombing, observation for the artillery, co-operation with the infantry in attacking enemy positions, scout (or fighter) flights, supply drops, and observation for the Royal Navy. On 1 April 1918, the RFC joined with the RNAS to become the Royal Air Force.

When the First World War began, Canada did not have its own air force, apart from a short-lived Canadian Aviation Corps. The only route for aspiring airmen to join the British air service was to enlist in the regular Canadian forces (see Canadian Expeditionary Force) and try to transfer once they arrived overseas, or to travel to England to apply directly. (Two of Canada's most famous First World War pilots, William (Billy) Bishop and William Barker, joined the RFC from the Canadian Expeditionary Force. A third, Raymond Collishaw, joined the RNAS in Britain after paying for private training in Canada.)

This situation changed in December 1916. The RFC needed more training squadrons, but Britain was running short of space for additional airfields and factories. As a result, the Empire turned to its colonies and soon established the Royal Flying Corps, Canada – a training scheme that proved an early inspiration for the Second World War's British Commonwealth Air Training Plan.

The training program was commanded by Lt-Col Cuthbert Gurney Hoare and handled by the newly founded Department of Aviation at the Imperial Munitions Board (IMB). Training airfields were constructed throughout southern Ontario, including Long Branch (the former Curtiss Flying School), Borden, Leaside, Armour Heights, and near Belleville.

The IMB also nationalized the Curtiss Aeroplane and Motor Company, which was re-christened Canadian Aeroplanes Limited. Nearly 3,000 airplanes were constructed between December 1916 and September 1918, including a Canadianized version of the "Jenny" biplane – the JN-4 (Canadian) “Canuck.” These aircraft improved upon the airframe’s design, adding new controls and a re-designed tail fin.

In addition to the Canuck, Curtis/CAL factories also built 30 F-5 flying boats for the American navy and the multi-engine, C-1 “Canada” bomber. In 1918, almost five hundred Avro 504s were ordered to replace the venerable JN-4s, but the war ended before they were needed.

Outside the factories, establishment of the training program moved just as quickly. By April 1917, five training squadrons were operating and, two months later, a formal training program was in place at the No. 4 School of Military Aeronautics, located at the University of Toronto. It split cadet training into two phases, an initial eight-week course as part of a Cadet Wing, and a six-week program at the No. 4 School. Instruction included aerial navigation and meteorology, study of aero engines, airframe rigging, photography, and artillery co-operation.

Over the course of the war, nearly 16,000 men passed through the RFC/RAF Canada Recruit Depot(s). By November 1918, the program had graduated more than 3,100 pilots and observers, and another 7,400 mechanics and aircraftsmen.

Initially, flying cadets were recruited, equipped, and housed at Victoria College, University of Toronto. They then moved through a series of training centers, including instruction in armaments and gunnery, which were also originally taught at the university. Later, these moved to Long Branch, along with the broader Cadet Wing. In June 1918, the Armament School moved to Hamilton, where cadets trained for four to five weeks, learning about the Lewis and Vickers machine guns, deflection shooting and bombing. With their theoretical training complete, students then graduated to flying camps — generally at Camp Borden, near Barrie, Ontario.

When winter ended flying in Canada, the training program did not sit idle. The school of aerial gunnery, including several training squadrons, moved to Fort Worth, Texas. There, between November 1917 and April 1918, the RFC collaborated with the United States Signal Corps, completing more than 67,000 flying hours and training more than 1,960 pilots.

In the spring of 1918, the RFC (soon to be RAF) Canada School returned home to occupy a new camp at Beamsville, later renamed the School of Aerial Fighting. Having completed their training, pilots then either moved overseas (to eventually join a front-line squadron) or moved to the School of Special Flying, at Armour Heights, where they trained to become an instructor.

Both the output of Canadian Aeroplanes Limited and the RFC/RAF Canada training program were significant wartime undertakings. The program's graduates included such notable pilots as Donald MacLaren, W.G. Claxton and Alan McLeod – McLeod being one of only three Canadian airmen awarded the Victoria Cross during the war (along with William “Billy” Bishop and William Barker), and the only Canadian-trained RFC pilot so honoured.

Did you know?
On 4 September 1918, Alan McLeod received the Victoria Cross from King George V at Buckingham Palace. Later that month, he returned to Canada. Sadly, McLeod soon contracted the Spanish flu, a strain of influenza that killed millions worldwide in 1918–19. He died in Winnipeg on 6 November, one of approximately 50,000 Canadian victims of the pandemic. 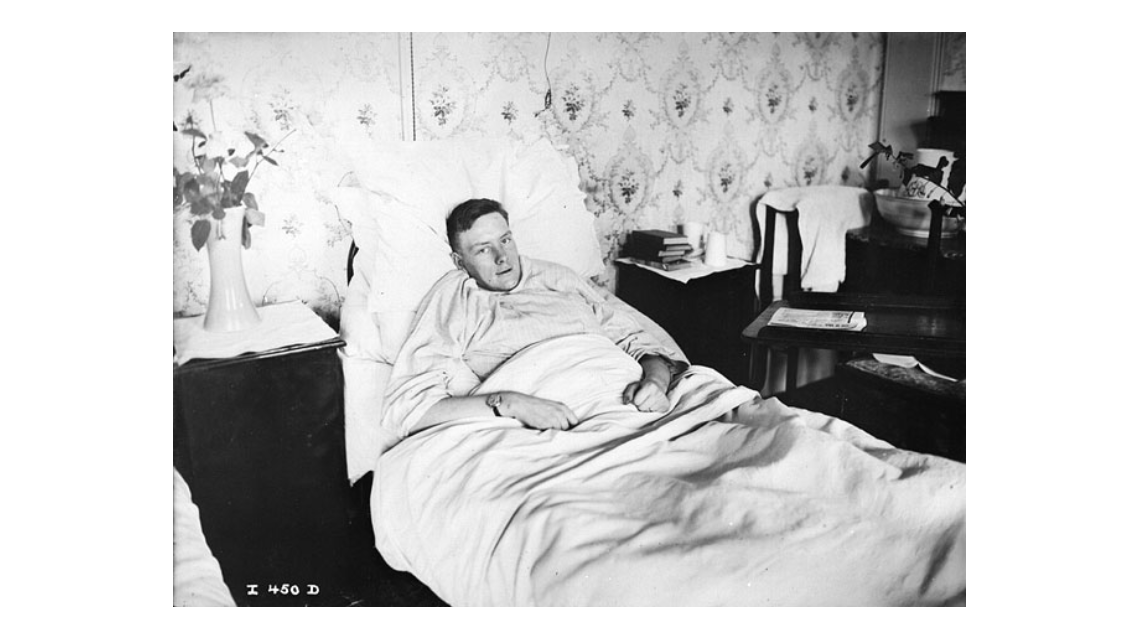 The training McLeod and other cadets received in southern Ontario and Texas was integral to the RFC/RAF’s efforts during the latter half of the First World War. It is estimated that more than 20,000 Canadians joined the British flying services by the end of the war.

The RFC and the RNAS became the Royal Air Force in April 1918. Despite several failed attempts, Canada did not have a permanent air force of its own until the Royal Canadian Air Force was established in 1924.