Colonel David Russell Williams was a decorated air force pilot and commander at the Canadian Forces Base (CFB) at Trenton, Ontario, when he was arrested in 2010, and charged with the murders of two women, and numerous other sexually related crimes. The bizarre case shocked the military and the country and became an international media sensation.

Warning: This article contains sensitive material that may not be suitable for all audiences.

Colonel David Russell Williams was a decorated air force pilot and commander at the Canadian Forces Base (CFB) at Trenton, Ontario, when he was arrested in 2010, and charged with the murders of two women, and numerous other sexually related crimes. The bizarre case shocked the military and the country and became an international media sensation. Warning: This article contains sensitive material that may not be suitable for all audiences.

In July 2009, Colonel Russell Williams, 46, became commanding officer of 8 Wing CFB Trenton. Born in Britain, he had immigrated to Canada as a boy. He was educated at Upper Canada College and the University of Toronto. Williams joined the Canadian Forces in 1987, and served in various capacities as he steadily rose in rank. As a pilot of VIP transport planes, he had passengers such as Prime Minister Jean Chrétien, and Queen Elizabeth II and Prince Philip. Williams was decorated for his years of exemplary service and for a tour of duty in the Middle East.

Williams was married to Mary Elizabeth Harriman. The couple, who were childless, lived for 13 years in a house on Wilkie Drive in the Ottawa suburb of Orleans. Later they moved to a home they had built in the capital’s Westboro neighbourhood.

Williams often spent time at a cottage he owned on Cosy Cove Lane in the village of Tweed, Ontario, 53 kilometers from Trenton. On the night of 8–9 September 2007, Williams broke into a neighbour’s cottage while the family was away, and took photographs of himself in pornographic poses with a young girl’s underwear, some of which he stole. In the months that followed, Williams broke into other residences in Tweed and the Belleville area. Beginning in May 2008, a rash of similar crimes occurred in the vicinity of Williams’s home in Orleans.

Williams victimized families whose members included girls or young women, entering residences at night when the people were away. In some cases he made return visits. Sometimes Williams walked in through unlocked doors. Other times he gained entry by cutting a screen, forcing a window open, or picking a lock.

During the burglaries Williams took photographs of female undergarments spread out on a bed, and of himself wearing brassieres and panties. When he finally left, he took underwear as trophies. In 82 documented burglaries, Williams stole around 1,400 pieces of clothing, most of it underwear and lingerie.

None of Williams’s Tweed victims reported break-ins to the police. Some weren’t aware at the time that their homes had been violated, or hadn’t noticed anything missing. However, 15 of the 25 Orleans families whose homes were broken into reported the crimes to the Ottawa Police Department. Undercover officers were posted to watch Wilkie Drive, but without results.

Detective Sergeant Jim Van Allen, a criminal profiler with the Ontario Provincial Police (OPP), assessed the information on the Orleans break-ins and deduced that as the intruder continued to evade detection, he was becoming more aggressive. In one home, he had left a taunting message on a computer. In another, police found semen on a photograph of a woman. Van Allen concluded that the prowler posed an increasing danger for “a hands on sexual assault.” 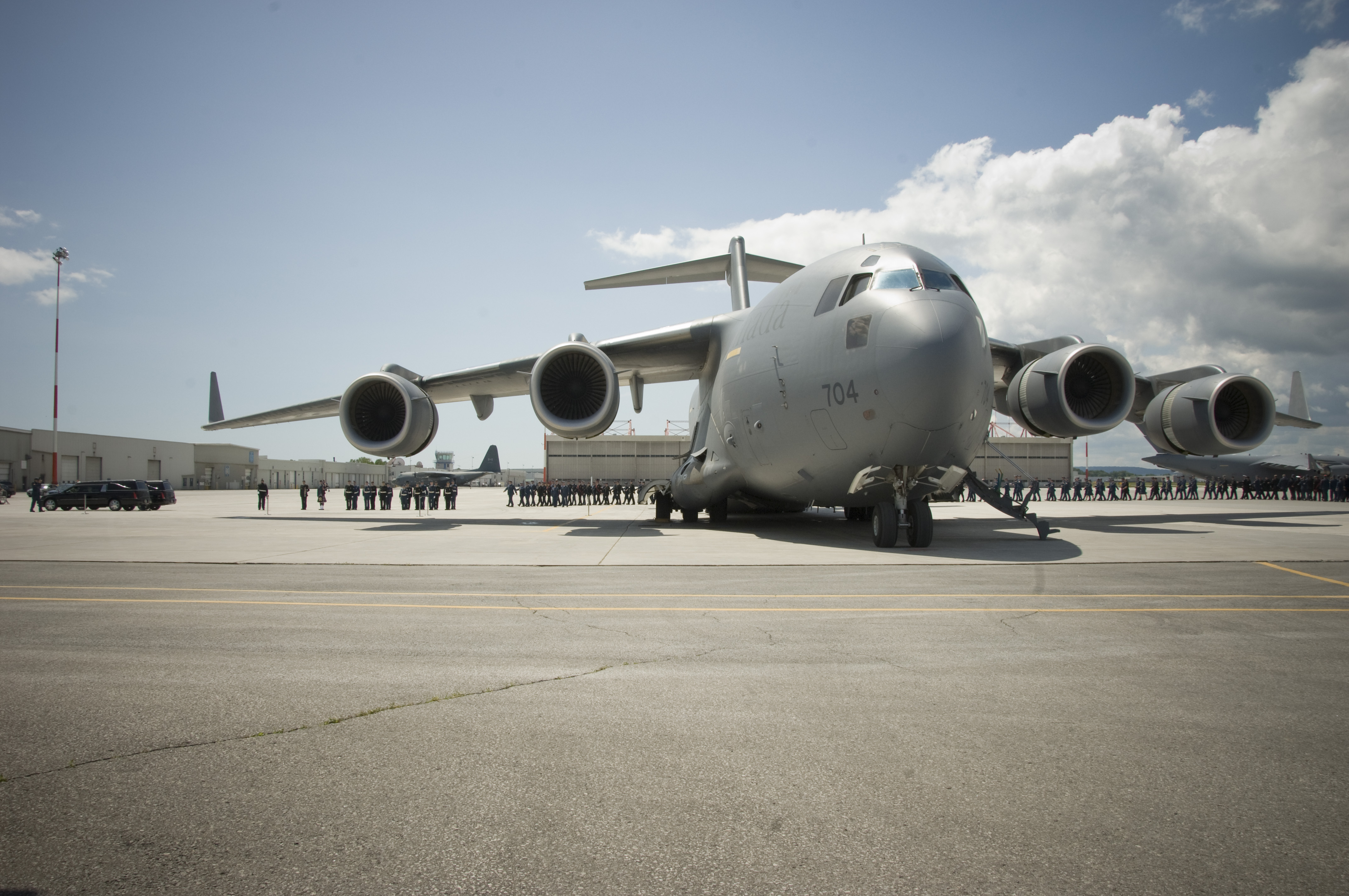 As Van Allen had warned, the dangerous nature of the crimes escalated. Two women in Tweed were attacked in September 2009: Jane Doe (her real name protected by a publication ban) on the 17th, and Laurie Massicotte on the 30th. Both women were asleep when Williams broke in. Both were bound and blindfolded, assaulted, and forced to pose nude for photographs.

In both cases the victims called the police, but only after the Massicotte attack did the OPP advise the public. Constables went door-to-door in search of information that might lead them to the prowler locals called the Tweed Creeper.

On the night of 23 November 2009, in Brighton, a town just west of Trenton, Williams broke into the home of Corporal Marie-France Comeau, who was under his command at CFB Trenton. Comeau put up a fight, and was struck on the head several times with a flashlight. Over the next two hours, Williams repeatedly raped Comeau, beating her viciously if she resisted. He recorded it all on video and with photographs. Williams asphyxiated Comeau by wrapping her face with duct tape. He wrapped her body in a duvet and left it in her bedroom, where it lay undiscovered for more than 30 hours. While police searched Comeau’s house for clues following the discovery, Williams sent personal condolences to her father. 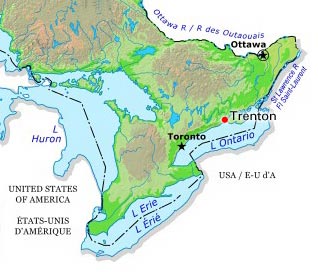 Williams’s next victim was Jessica Lloyd. He broke into her house on Highway 37 near Belleville, Ontario, at about 1:00 a.m. on 29 January, and found Lloyd asleep. Williams raped her and made her pose for photographs. Then Williams took Lloyd to his silver-coloured 2001 Nissan Pathfinder, parked in a nearby field, and drove her to his cottage. Lloyd’s ordeal continued until about 8:15 p.m., when Williams cracked her skull with a flashlight and strangled her with a piece of rope. He captured it all on video. Williams hid the body in his garage. On the night of 2–3 February, he dumped Lloyd’s body in the woods near Tweed.

Lloyd was reported missing when she didn’t show up for work and wasn’t at home, though her car was there. Police responded quickly. Investigators from the OPP and the Belleville Police Department suspected that the sexual assaults in Tweed, the Comeau murder and Lloyd’s disappearance were connected. A massive search was launched. It included personnel and a search-and-rescue aircraft from CFB Trenton, authorized by Colonel Williams.

Despite the efforts of police and hundreds of volunteers, after a week no trace of Lloyd had been found. However, witnesses reported seeing a silver-coloured SUV parked in a field near Lloyd’s house on the night of her disappearance. Police found tire tracks whose distinctive tread narrowed the range of potential suspect vehicles to a few, including the Nissan Pathfinder.

On the evening of 4 February, Williams was stopped at an OPP checkpoint on Highway 37. While appearing to be looking for drunk drivers, officers asked occupants of vehicles questions pertinent to the search for Lloyd, and examined tires. Williams said he was in a hurry because he had a sick child at home. During the brief roadside interrogation, officers saw that the tread of Williams’s tires matched those found in the field. From that moment, Williams was under police surveillance.

Suspicion mounted when police realized that Williams had lied about the sick child. On the afternoon of 7 February, Williams went to Ottawa Police headquarters at the request of OPP Detective Sergeant Jim Smyth, who said he had a few loose ends to tie up. Once Williams was in the interrogation room, Smyth confronted him with questions for which he had no satisfactory answers. Moreover, Williams was wearing the boots he’d worn the night of Lloyd’s disappearance, which were matched to footprints found in the snow outside her house.

While the interview was in progress, officers with search warrants were going through the cottage in Tweed, and through Williams’s Ottawa home in the presence of his shocked wife. Smyth periodically left the interrogation room to get updates from the search teams, which provided him with more damning facts. Williams finally gave up all pretence of innocence. Smyth asked, “All right, so where is she [Lloyd]?” Williams replied, “You got a map?”

The searches of Williams’s properties turned up his camera, a duffel bag containing a black skull cap, a manual for lock picking, and boxes and pillowcases stuffed with underwear and lingerie. Hidden in the basement ceiling of the Ottawa house were two computer hard-drives containing expertly concealed records of Williams’s activities as a sexual predator over a two-year period. Video clips and nearly 3,000 photographs included depictions of the Tweed assaults and the murders of Comeau and Lloyd. There were also detailed accounts of his break-ins, and a meticulously compiled inventory of all the items he had stolen.

News of Williams’s arrest and his bizarre double-life stunned everyone who knew him and shocked the public.

In court in Belleville on 8 February, Williams was charged with murder, sexual assault and forcible confinement. He would later be charged with numerous counts of break-and-enter. He spent the next eight months in the Quinte Detention Centre in Napanee, from which he made several court appearances via video link. Because Williams pleaded guilty to all charges, he was not put on trial.

During the Easter weekend in April 2010, guards prevented Williams from choking to death on a cardboard toilet-paper tube he had shoved down his throat. He was subsequently kept under 24-hour watch. On 22 October 2010, Williams was sentenced to two terms of life imprisonment, with no possibility of parole for 25 years. He was also registered as a sex offender. His Nissan Pathfinder and his hoard of stolen garments were destroyed.

Williams was stripped of rank and dismissed from the Canadian Forces. His uniform was burned, and his decorations were destroyed. Harriman, who claimed to have known nothing about her husband’s crimes, began divorce proceedings. Williams is now incarcerated in the maximum-security prison at Port-Cartier, Québec.

In the wake of the criminal conviction, two multi-million dollar civil lawsuits were filed against Williams and Harriman, one by "Jane Doe," the other by the family of Jessica Lloyd. They were settled with undisclosed financial payments in 2014.

A third lawsuit, filed by Laurie Massicotte, targeted not only Williams and Harriman, but also the Ontario Provincial Police — which Massicotte accused of failing to warn Tweed residents about a predator in their town, and for suggesting that she had made a false, copycat claim when she reported her assault to police. The OPP settled out-of-court with Massicotte in 2015, but as of 2016 her lawsuit against Williams and Harriman was still active. 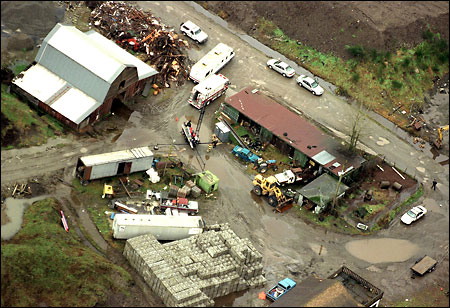