People from Russia have been in Canada since at least the late 18th century. Over time, more and more Russians immigrated and settled in Canada. In the 2016 census, 622,445 Canadians reported being of Russian origin.

People from Russia have been in Canada since at least the late 18th century. Over time, more and more Russians immigrated and settled in Canada. In the 2016 census, 622,445 Canadians reported being of Russian origin.

The first Russians in Canada were fur-hunters, based in present-day Alaska (see Fur Trade). They operated among the Queen Charlotte Islands (Haida Gwaii) and along the coast farther south in the 1790s. Several Russian officers on detached service with the British navy were based at Halifax from 1793–1795. Although some Russian officials had urged occupation of coastal lands as far as Spanish California, Russian aspirations were cut short by the 1824 and 1825 conventions with Great Britain and the US, which restricted Russian America to the present Canada-Alaska border (see also Alaska Boundary Dispute).

Both Canadian and Russian official restrictions hindered emigration from Russia throughout the 19th century. Therefore, most early immigrants to Canada from Russia arrived in groups, through special arrangement. Between 1874 and 1880, nearly 8,000 German Mennonite colonists from southern Russia settled in Saskatchewan, and in 1899, 7,500 Doukhobors settled in Canada. Their migration was aided in Russia by the famous writer Leo Tolstoy and in Canada by Professor James Mavor and minister of the interior Clifford Sifton. Beginning in the 1890s, several thousand Russian Jews emigrated, seeking relief from ghetto life and the pogroms of western Russia. Small Russian communities were established in cities across the country, notably Montreal, Toronto, Windsor, Timmins, Winnipeg, Vancouver and Victoria.

Russian immigration in the 20th century and beyond

Most of the early immigrants were peasants who found work in various industries. After the First World War, many of the one million Russians (most of them agricultural and industrial labourers) fleeing the effects of the Russian Revolution sought admission to Canada. Men willing to work as farm labourers, loggers and miners were preferred immigrants in Canada. However, the Russian intellectuals who were admitted continued to work in their own professions and contributed outstanding work in many fields. Leonid I. Strakhovsky (1898–1963) pioneered Slavic studies at the University of Toronto. Boris P. Babkin (1877–1950) resumed his career in gastroenterology (medicine of the digestive system) at Dalhousie and McGill universities. Nicholas, Vladimir, Alexis, and George Ignatieff, the four sons of Count Paul Ignatieff, the last minister of education under Tsar Nicholas II, made important contributions to engineering and government. Paraskeva Clark (née Plistik) became a well-known painter. In the late 1930s, some Russian Canadians joined the Canadian MacKenzie-Papineau Battalion, which fought on the Republican side during the Spanish Civil War. 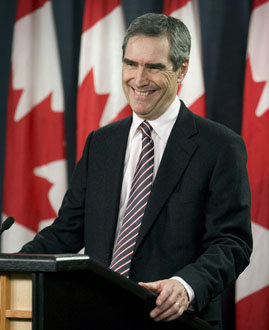 The Great Depression and the Second World War virtually halted immigration of all nationalities, but between 1948 and 1953 a significant number of Russians immigrated to Canada. They included some who had originally left Russia and settled in Europe, but the majority were among the millions of displaced persons who found themselves in Germany after the war. Many of them either because they opposed Stalin or because they had been sent there as forced labour. Both groups were generally young, well educated, urban-oriented, and aware of their Russian heritage.

After 1953, Russian immigration declined severely. In the early 1970s, the average number of migrations per year from all of the Soviet Union was only 230. The Soviet government did, however, at that time begin to allow some Jews to emigrate. By the late 1980s, about 1,500 Soviet Jewish immigrants had been admitted to Canada. Since the dissolution of the Soviet Union in December of 1991, Russian Jews have continued to be an important part of immigration from the Russian Federation.

According to the 2016 census, 622,445 Canadians declared their ethnic origin as being Russian or partly Russian (120,165 single responses and 502,280 multiple responses, respectively.)

Although Russian Canadians claim affiliation with a diversity of churches (in order of numbers: the United Church of Canada, Russian Orthodox Church, Roman Catholic), the Orthodox Church is still the traditional centre for the most vocal and active of those claiming Russian origin or descent.

Within the Russian community a broad spectrum of political organizations has been formed. During the 1930s some Russian Canadians were drawn to the left-leaning Russian Farmer-Worker Clubs. Closed by government order in 1939, they reappeared after the USSR joined the Grand Alliance against the Nazis as the Federation of Russian Canadians (FRK) in 1942.

The FRK organized some 15 branches in various Canadian cities and published the newspaper Vestnik (Herald), long the only Russian newspaper in Canada (see also Newspapers in Canada). In 1944, the FRK had about 4,000 members. By 1949, after the spy trials resulting from the revelations of Igor Gouzenko, membership dropped to 2,709, and by the late 1980s to less than 800. The Vestnik ceased publication in 1994. 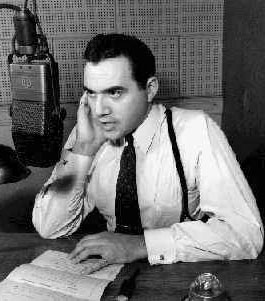 The most active Russian organization in Toronto is the Russian Cultural Society which was established in 1950. Anti-Communist in orientation, it published a journal Russkoe slovo v Kanade (Russian Word in Canada) and operated a centre for social and cultural activities. A small Literary Circle (1949), a Drama Circle, and the "Sovremennik" Publishing Association (1960) which publishes the literary journal Sovremennik (Contemporary) were also active. However, many of Russian Canadian social groups and publications declined or died out in the 1980s, as the older generation diminished in number and influence. Meanwhile, younger immigrants seem less interested in emigre politics and cultural activities, and have become absorbed in the mass of Canadian society.

Although Russian immigrants have eagerly entered their children in Canadian schools, some older immigrants have favoured schools established by church groups (the two largest are in Montreal and Toronto) and clubs for after-hours instruction in Russian language and culture.

Not all children benefited from this access to Russian education. Between the 1930s and 1950s, some 200 Russian Doukhobors children from the extremist Sons of Freedom sect were taken away from their parents and forced into residential schools. Likewise to the residential schools for Indigenous children, these Russian children were treated harshly and forbidden from speaking in Russian.

The immigration of Russians has been less than that of some of the minority peoples of the Soviet Union. Soviet Ukrainians emigrating as displaced persons after 1945 joined earlier immigrants from Austria and Poland to make up Canada's third most numerous ethnic element. The Byelorussians in Canada, chiefly from pre-WWII eastern Poland and their descendants, and Russian Jews, retain many aspects of Russian Culture.