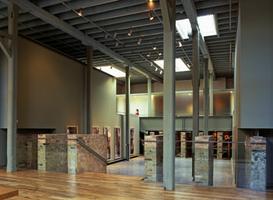 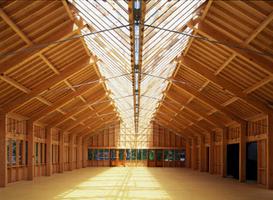 Brigitte Shim, architect, professor (born 8 December 1958 in Kingston, Jamaica) and Howard Sutcliffe, architect (born 4 May 1958 in Yorkshire, England). Recipients of no less than 10 Royal Architectural Institute of Canada Governor General Medals for excellence in architecture, the firm founded by Brigitte Shim and Howard Sutcliffe, Shim-Sutcliffe Architects, is widely regarded as one of the most innovative and successful architectural practices in Canada.

Shim and her husband Sutcliffe were educated at the University of Waterloo, where they both received degrees in environmental studies (1981) and architecture (1983). Their subsequent work experience with some of Canada's most respected architectural figures, such as Ron Thom, Arthur Erickson, Barton Myers and Kuwabara Payne Mckenna Blumberg Architects, established a foundation for the development of their own practice and for their sensitive and sophisticated approach to architecture and design.

Shim-Sutcliffe Architects was officially established in 1994, but the couple had been working collaboratively for much longer. Furniture and industrial design explorations from the mid-1980s to the early-1990s enabled the pair to work on a small scale, examining design and construction from a highly detailed perspective and testing the properties and behaviour of materials. These early explorations are evident in their architectural work, characterized by a scrupulous consideration of tectonic connections as well as unusual and unexpected material uses and juxtapositions. The Laneway House (Toronto, 1993) is one example of many of their residential designs that combine rugged and inexpensive concrete block with refined millwork and mahogany-framed windows, and the Weathering Steel House (Toronto, 2001) is richly clad in unconventional oxide-red weathering steel, a material they initially used as a structural element and then as a component of their bridge design. Their beginnings in furniture two decades ago have come full circle with the award-winning HAB Chair (2004), manufactured by Nienkämper.

Economy of means and materials and local vernacular building traditions are important considerations of the firm. The Craven Road House (Toronto, 1996) recalls both the Victorian cottage and the urban loft - two iconic Toronto building types - in one compact residence. The low ceilings and intimate spaces of the ground-floor level contrast with the second storey's open plan and airy 12-foot ceilings. Even the scaling of the exterior cladding underscores this distinction of type: the ground-floor front and side elevations are wrapped primarily in horizontal clapboard, while the more expansive upper floor is enveloped by larger abstract panels of red-painted plywood. Careful attention to local tradition is also evident in the Muskoka Boathouse (Lake Muskoka, 1999), employing traditional Victorian beadboard construction in the shaped Douglas fir ceiling of its sleeping cabin, while the typical Muskokan boat deck is referenced in the mahogany duckboard flooring in the bathroom.

Integral to Shim-Sutcliffe's architectural work are the importance of landscape and the particulars of site. The uniqueness of each project is derived from the specificity of the regional conditions and site cues such that building and landscape achieve a degree of integration where each becomes virtually indistinguishable from the other. The couple's own Laneway House (1993) incorporates external courtyards into the design of the house by means of large pivoting panes of glass, seamlessly extending the living space into the outdoors during temperate months. In the Weathering Steel House (2001), the outdoor reflecting pool penetrates into the residence's main-floor space, allowing the enclosed living and dining areas to engage with the extended body of water through transparent glazing. And where site conditions are weak, such as in the Ledbury Park Recreation Centre (Toronto, 1997), Shim-Sutcliffe will construct site and topography, conceptually representing the larger and more abstract surrounding landscape of Toronto. The recent Corkin Shopland Gallery (Toronto, 2004) evidences the firm's continuing response to site specificity and historic legacy. The gallery is housed in one of a cluster of original 19th-century distillery buildings, and it was Shim-Sutcliffe's imperative not to mask but rather reveal the layers of history embedded in the project renovation. Existing brick and timber structures were retained, enhanced by the addition of new glazing and dark grey-painted walls, all of which refreshingly defy the conventional notion of a timeless and placeless white cube gallery. 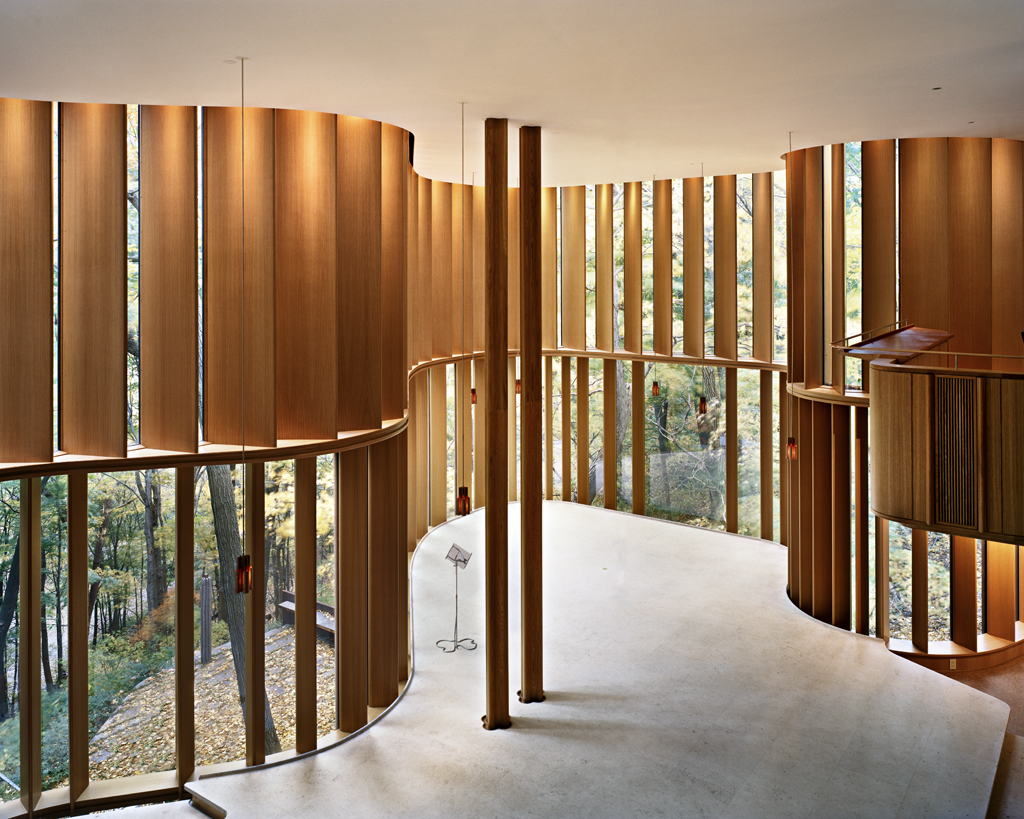 The Integral House (Toronto, 2009) is both a beautiful exploration of landscape, as it sits two stories high at its front entry and rises five stories at the rear of the ravine . The curvilinear forms give the house a sculptural effect, serving to blur the boundaries between inside and out. This kind of consideration for the discovery of the landscape and the heightening of our senses can also be seen in the carefully articulated Ravine Guest House (2004). The Integral House is unique because of its complex program, which includes a performance space that can hold up to 150 persons. It is unusual for a residence to have both intimate and public spaces. The house is a masterpiece that has been likened to works like Le Corbusier’s Villa Savoye. The careful attention to detail is carried through all the way to the scale of the pendant lights in the home.

Laneway Housing and the City

In ideological pursuit of the sustainability and intensification of cities, the firm is committed to increasing urban density and providing affordable housing options in the prohibitively expensive downtown core. Moving beyond her own Laneway House as a solitary example, Shim led a University of Toronto masters-option architectural studio, and the resulting Site Unseen: Laneway Architecture & Urbanism in Toronto was published in 2004, documenting the studio's explorations in incremental urbanism and alternative housing on the frontier of the Toronto laneway.

Evidencing Shim-Sutcliffe Architects' reputation for excellence, the firm's work has been published widely for over two decades, and it has garnered numerous national and international awards since the beginning of the 1990s. No fewer than 10 Governor General's medals and awards for architecture have been received for the following: Garden Pavilion and Reflecting Pool in Don Mills (1992), House on Horse Lake in Haliburton (1994), Laneway House in Toronto (1994), Craven Road House in Toronto (1997), Ledbury Park in Toronto (1999), Moorelands Camp Dining Hall in Lake Kawagama (2002), Weathering Steel House in Toronto (2004), Muskoka Boathouse in Lake Muskoka (2004), Corkin Gallery in Toronto (2010) and Craven Road Studio in Toronto (2010).

As a tenured professor at the University of Toronto faculty of architecture, landscape and design, Shim has taught a broad range of architectural design studios and lecture courses since 1988, and fluidly manoeuvres between the demands of practice and the theoretical constructs of academia. In 1993 and 1996, she was a visiting professor at Harvard University's Graduate School of Design, followed by a stint as Bishop visiting professor and the visiting Bicentennial Professor of Canadian Studies at Yale University's School of Architecture in the fall of 2001. In the spring of 2002, Shim undertook a visiting professorship at the École Polytechnique Fédérale de Lausanne in Switzerland.