St Lawrence, NL, incorporated as a town in 1949, population 1244 (2011c), 1349 (2006c). The Town of St Lawrence is located in the southeast corner of Newfoundland on the Burin Peninsula. The origin of its name is open to some dispute. One theory holds that is was named by shipwrecked sailors from Sir Humphrey GILBERT's expedition, who saw similarities between it and the St Lawrence in Canada. An alternate theory is that it was named by Channel Island fishermen for St Lawrence parish on the island of Jersey.

The area was known to French and BASQUE fishermen in the 1600s and there was French habitation of the area in the 1640s. Settlement of St Lawrence itself, however, began in the late 1700s. Fishing was the main economic activity of the settlers for over 100 years. In 1929 an earthquake destroyed much of the fishing property of the town and soon after interest switched from the sea to the mineral deposits nearby. Fluorspar deposits had been noted as early as 1843 but it was not until 1933 that mining began. The deposits of the mineral here are North America's largest known. The mine is not currently in operation.

In 1942, 3 American ships went aground in a storm; 189 sailors were rescued by the townspeople, but another 203 perished. As a memorial to those who drowned and an expression of gratitude to the people of St Lawrence, the American government constructed a hospital in St Lawrence. The hospital has since been replaced by a chronic care facility. A memorial to the wrecks was also erected in 1992. 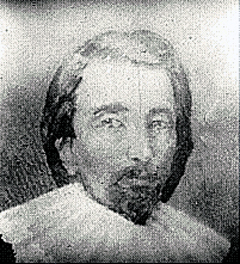