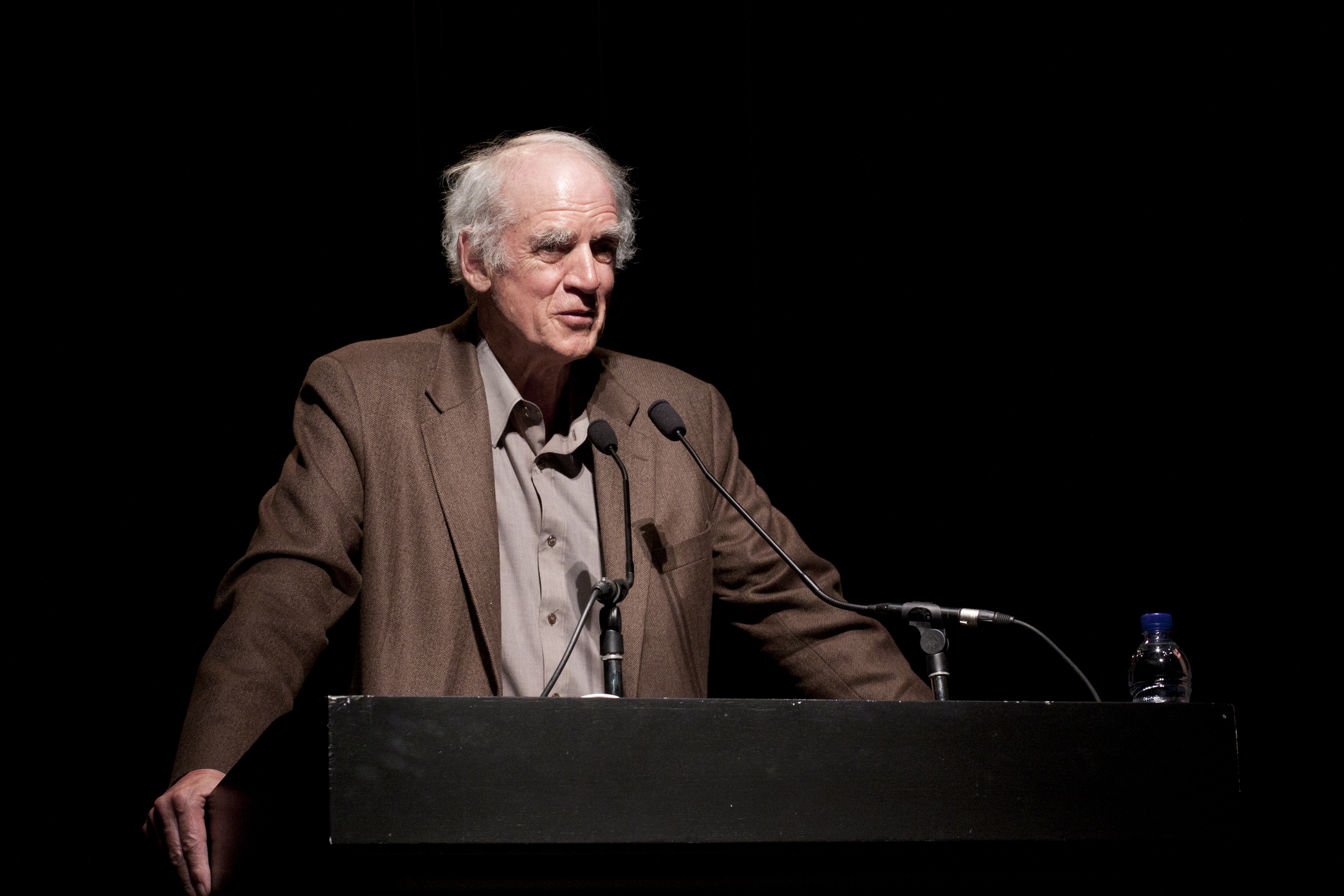 Charles Taylor was the subject and guest of honour at an event celebrating his career and contributions. Charles Taylor at 80: An International Conference was held at the Montreal Museum of Fine Arts in March, 2012.

Charles Taylor grew up in Outremont, a residential borough of Montreal, Quebec. The youngest of three children, he was raised in a bilingual household. His father, Walter Margrave Taylor, was a steel magnate and an anglophone Protestant from Toronto. His mother, Simone Marguerite Beaubien, a dressmaker, was a francophone Roman Catholic. The children were brought up Catholic in a very political home, where discussions about the place of Quebec within Canada were common. Taylor attended Selwyn House, a private boys’ school in Montreal. He later completed his secondary schooling at Trinity College School, a co-educational college preparatory school in Port Hope, Ontario.

Charles Taylor earned a BA in History at McGill University in 1952. As a Rhodes Scholar at Oxford University’s Balliol College, he completed an undergraduate degree in philosophy, politics and economics in 1955. In 1956, Taylor was named Fellow at Oxford’s All Souls College. He went on at Oxford to complete an MA in 1960, and a PhD in Philosophy in 1961. After leaving the All Souls Fellowship in 1961, he returned to Montreal to join the Department of Political Science at McGill University and the Université de Montréal in 1963.

In 1976, Taylor became Chichele Chair at Oxford, considered to be the world’s most prestigious chair in political philosophy. He returned to the political science department at McGill in 1982, where he eventually achieved the rank of Professor Emeritus. He later joined the departments of Philosophy and Law at Northwestern University.

In his early work The Explanation of Behaviour (1964), Taylor critiqued the psychological theory of behaviourism. He maintained instead that explanations of human actions must include reference to purpose and always involve an element of interpretation. As a result he saw the social sciences as being fundamentally different in method from the physical sciences. In addition to his well-known Pattern of Politics (1970), he produced a noteworthy philosophical commentary, Hegel (1975), and in 1979 published Hegel and Modern Society. Many of his shorter pieces are collected in Philosophical Papers (2 vols, 1985).

Taylor first drew an audience beyond his fellow philosophers with the publication of his widely read Sources of the Self: The Making of the Modern Identity (1989). The book provides an annotated history of the changing notions of identity, and the subsequent implications for personal and social interactions. His 1991 The Ethics of Authenticity is based on his Massey Lecture, which was titled with the phrase he coined, The Malaise of Modernity. Here Taylor considers ways to reconcile the seeming conflict between individualism and larger social groups.

Political engagement in Canada and Quebec

Taylor has been a staunch and outspoken defender of Canadian federalism. Reconciling the Solitudes: Essays on Canadian Federalism and Nationalism, was published in 1993. His ongoing interest in the practical effects of contemporary theories and ideas is evident in his 1994 Multiculturalism: Examining the Politics of Recognition.

In 2007, together with sociologist and historian Gérard Bouchard, Taylor co-chaired the Consultation Commission on Accommodation Practices Related to Cultural Differences, the Quebec government’s response to questions around the “reasonable accommodation” of religious and cultural groups in the province. It became known as the Bouchard-Taylor Commission.

Taylor was named a Companion of the Order of Canada (1995), and Grand Officer of the National Order of Quebec (2000). He was inducted into the Academy of Great Montrealers (2003) and was named a Commander of the Ordre de Montreal (2016). In 2003, Charles Taylor was the first recipient of the Social Sciences and Humanities Research Council Gold Medal for Achievement in Research. His continuing efforts to break down the traditional barriers between scientific and spiritual approaches to knowledge and understanding were recognized in his receipt of the world’s most lucrative academic award. In 2007, he received the $1.8 million Templeton Prize for Progress Toward Research or Discoveries about Spiritual Realities. Other awards include the Berggruen Prize for Philosophy (2016), the John W. Kluge Prize for Achievement in the Study of Humanity (2015), Japan’s Kyoto Prize for Arts and Philosophy (2008), and the Prix du Québec (Prix Léon-Gérin) (1992).