The Iroquois Nationals and the 2010 World Lacrosse Championships

The Iroquois Nationals are a lacrosse team representing the Haudenosaunee Confederacy, which crosses the Canada-US border. It is the only First Nations team officially sanctioned to compete in any sport internationally. While this gives the team a unique distinction, it is also at the heart of an ongoing controversy that has resulted in the Nationals forfeiting games due to disputes over the legitimacy of the passports they use to travel internationally.

The Iroquois Nationals are a lacrosse team representing the Haudenosaunee Confederacy, which crosses the Canada-US border. It is the only First Nations team officially sanctioned to compete in any sport internationally. While this gives the team a unique distinction, it is also at the heart of an ongoing controversy that has resulted in the Nationals forfeiting games due to disputes over the legitimacy of the passports they use to travel internationally.

Few people would question the team's world-class reputation within the sport. The Iroquois finished fourth at the 1998, 2002 and 2006 World Lacrosse Championships, and placed second at the 2003, 2007 and 2011 World Indoor Lacrosse Championships (losing only to the Canadian national team).

But in spite of these these successes, the Nationals were sitting at the bottom of the international standings in field lacrosse in 2013. The reason for the Nationals' relegation to last place was their absence from the 2010 World Lacrosse Championships in Manchester, England. At issue was the nationality of their passports. Although the team had travelled to other international matches using their Haudenosaunee passports, British officials did not recognize the passports as acceptable forms of identification and refused to allow them into the country. 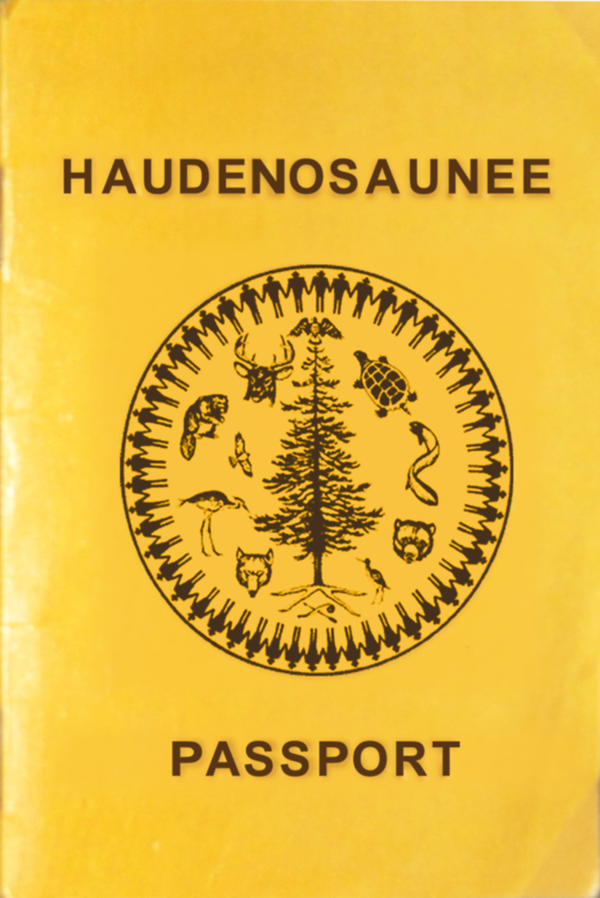 However, events in 2010 illustrated changing international attitudes regarding the validity and security of the Haudenosaunee passport. While many Iroquois had travelled on the passport in previous decades, increased security concerns following terrorist attacks in the 2000s have contributed to stricter passport controls in North America and abroad. In this context, Canadian officials in early 2010 refused to accept the Haudenosaunee passports of Mohawk delegates who had travelled from Kahnawake to an environmental conference in Bolivia, and were trying to return.

When the Iroquois Nationals were refused entry into the United Kingdom for the World Lacrosse Championships in the summer of 2010, the British government was concerned that the team would likewise not be allowed to return to the United States. The Canadian and American governments offered the players expedited passports, which they refused. Hillary Clinton, US secretary of state at the time, then issued a one-time waiver which confirmed that the Iroquois Nationals would be allowed to re-enter the United States after the tournament. However, the United Kingdom still refused to issue visas, and the team thus forfeited its scheduled games in the championship.

That was particularly frustrating for the team because, after a series of strong performances in prior years, the Nationals were supposed to play in the elite Blue Division during the 2010 championships. Had they done so, they would likely have remained in the Blue Division for the next championship. However, because of the forfeitures, they were demoted to last place. According to the bylaws of the Federation of International Lacrosse (FIL) at the time, teams were placed in the various divisions according to the results of the last world championship. The Iroquois Nationals launched two appeals, and in June 2013 the member nations of the FIL rejected the bylaw in question, opening the way to the Nationals' reinstatement to the Blue Division for the 2014 World Lacrosse Championships in Denver, Colorado.

The overall controversy has highlighted ongoing international tensions around the issues of security and sovereignty. Just as the delegates from Kahnawake were offended by the Canadian government's insistence that they travel on Canadian passports, so too were the Iroquois Nationals when the United Kingdom demanded they present either Canadian or American passports to play at the World Lacrosse Championships. For the Iroquois Nationals, the only First Nations team sanctioned to compete in international sporting events, it simply did not make sense to travel under one passport (Canadian or American) and play under another (Haudenosaunee). Conversely, if Canada - or the United States - were to officially recognize the passport, it would also imply recognition of the Haudenosaunee Confederacy's sovereignty and likely affect negotiations around land claims, Indigenous self-government, education, and government policy more generally.

While the Iroquois Nationals have won their appeal, and will play in the Blue Division at the 2014 championships in Denver, the larger issue of Haudenosaunee passports and sovereignty remains unresolved.