Thetford Mines, Quebec, incorporated as a city in 1905, population 16,174 (2016 census), 16,440 (2011 census). The city of Thetford Mines is located on the Bécancour River in the Appalachian Mountains, 107 km south of Quebec City. It was named after the town of Thetford in Norfolk, England. During the 20th century, it was one of the world’s largest asbestos mining and production centres.

Thetford Mines, Quebec, incorporated as a city in 1905, population 16,174 (2016 census), 16,440 (2011 census). The city of Thetford Mines is located on the Bécancour River in the Appalachian Mountains, 107 km south of Quebec City. It was named after the town of Thetford in Norfolk, England. During the 20th century, it was one of the world’s largest asbestos mining and production centres.

Before European colonization, the Abenaki inhabited the Thetford Mines region. They partnered with the French in the fur trade and allied with them against the British. Within a few decades of contact with Europeans, warfare and exposure to diseases had decimated the area’s Abenaki population. British and  Loyalist settlement of the region began after the British Conquest of 1760.

In 1853, the Province of Canada created an Abenaki reserve near the village of Saint-Joseph-de-Coleraine, just south of Thetford Mines. However, facing the encroachment of settlers on their land, the Abenaki surrendered this reserve in 1882 and moved to other Abenaki communities.

The discovery of Thetford Mines’ asbestos deposit in 1876 is usually attributed to local resident Joseph Fecteau. Having taken a break from cutting hay to pick blueberries, Fecteau spotted a strange, greenish rock. He scraped some fibres from the rock with his fingernail and showed the substance to a visiting fur trader named Roger Ward. Ward had samples of the fibres analyzed and confirmed it was the mineral asbestos.

In 1877, Ward bought property and mining rights in the village. Mining companies began production later that year. In 1879, the arrival of the railway made it possible to transport the mineral in larger quantities and more quickly to Lévis, Quebec. The village incorporated as Kingsville (named after William King, an important mine owner) in 1892. It grew rapidly as the mines attracted people from other areas. Kingsville was incorporated as a city and renamed Thetford Mines in 1905.

On 14 February 1949, 5,000 asbestos miners in Asbestos and Thetford Mines began a strike that lasted almost five months. It was one of the most violent labour conflicts in Quebec’s history. The Catholic Church sided with the miners against the provincial government and mining company Johns-Manville. The Asbestos Strike was a turning point in Quebec’s social history, helping to lay the groundwork for the Quiet Revolution.

Both underground and open-face mines operated in the city. Streets were built between the mines and the asbestos tailings (debris). To enlarge the King and Beaver mines, the neighbourhood of Saint-Maurice was relocated in 1953 and again between 1970 and 1973. The second redevelopment also changed the course of the Bécancour River. Called the “Capitale mondiale de l’amiante” (Asbestos Capital of the World) and the “Cité de l’or blanc” (City of White Gold), Thetford Mines was the largest production centre for this fibre in the Western world in the 20th century.

In the 1980s, growing concern about the health hazards associated with asbestos and increasingly strict regulations on the mineral caused demand to fall. With lower demand came a decrease in production and the number of people employed in the industry. The city’s last mine closed in 2012. In 2018, following the example of many countries, Canada banned the sale and use of asbestos and asbestos products. (See also  Mining Safety and Health.)

Thetford Mines has developed other sectors, namely manufacturing (e.g., industrial equipment, plastics, and aluminum and steel structures). Thetford Mines is also the administrative centre of the Appalaches regional county municipality. The city has a notable mineralogy and mining museum. 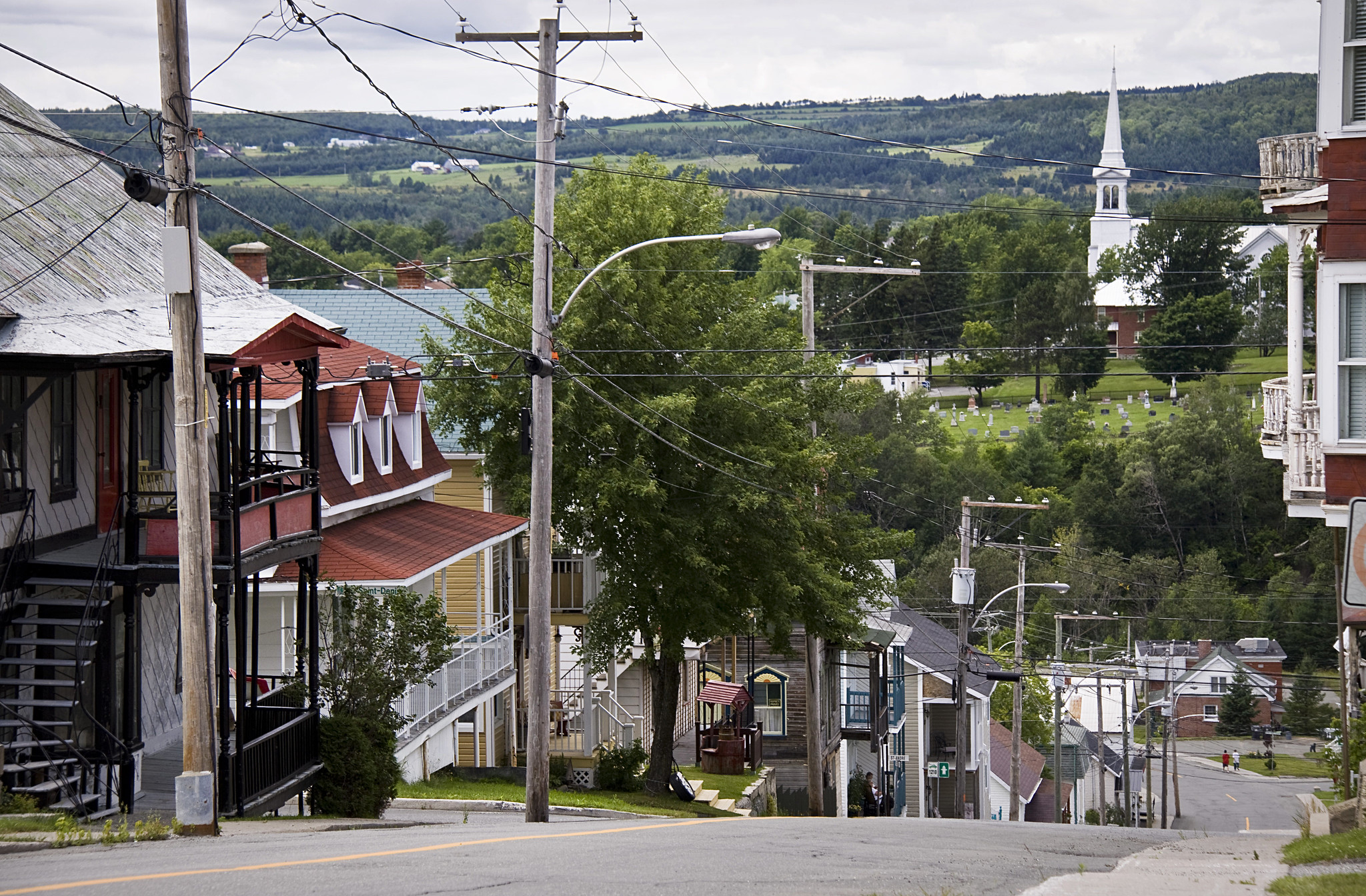