The United Nations (UN) is an international organization made up of 193 member states. The UN works to maintain global peace and security, address humanitarian concerns, promote cultural heritage, and administer systems of international law, transportation, commerce and justice. Canada is a founding member of the UN (see Canada and the League of Nations).

The United Nations (UN) is an international organization made up of 193 member states. The UN works to maintain global peace and security, address humanitarian concerns, promote cultural heritage, and administer systems of international law, transportation, commerce and justice. Canada is a founding member of the UN (see Canada and the League of Nations). 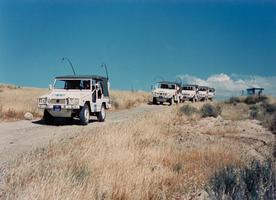 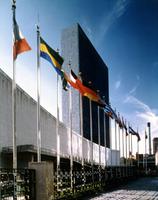 The flag of the United Nations
PreviousNext

The United Nations began in 1945 as a loosely co-ordinated international system of discussion-based bodies, functional agencies and temporary and permanent commissions with headquarters in New York, Geneva and elsewhere. It replaced the League of Nations, but has a bigger, nearly universal, membership. According to its charter, its purpose is to:

The term United Nations was first used on 1 January 1942 when 26 nations pledged to continue fighting the Axis powers of Germany, Italy and Japan. As the Second World War drew to a close, a UN charter was drawn up by 50 countries, including Canada, in San Francisco.

The UN was designed to promote co-operation among sovereign states in which each would give up some of its sovereignty in the common interest of all nations to promote peace, security, economic development, social justice and fundamental human rights and freedoms. Much of this work would be done through powerful functional agencies such as the International Monetary Fund, the International Civil Aviation Organization and the Food and Agriculture Organization, which were already being established and linked to the UN system.

The United Nations has remained adaptable to changing circumstances. The original 50 members have steadily welcomed new countries. The 1960s saw the arrival of many newly-independent African states, including Chad, Ivory Coast and Senegal. The most recent member state is South Sudan, added in 2011 after it achieved independence from Sudan.

The main organs of the UN are the General Assembly of all 193 member states, each having one vote; the Security Council of 15 members, in which five countries have permanent seats as well as the power of veto on the Council; and the Economic and Social Council of 54 members.

The secretary general of the UN — its administrative and diplomatic leader — is elected by the overall membership and is bound by decisions of the constituent organs.

The Security Council is the UN's most powerful body. Its primary purpose is to maintain world peace and security. While the Security Council has more power and influence than other UN organs, the ability of any arm of the UN to enforce decisions is limited by the amount of consensus among members, and their willingness to impose military or economic sanctions, or other measures.

The five permanent members of the Security Council are China, France, Russia, the United Kingdom and the United States. The non-permanent 10 members are selected from the General Assembly for two-year terms. Canada has been selected six times, most recently in 1999–2000. Canada vied for a spot on the council in 2010 but failed to win a seat. It was the first time Canada had unsuccessfully sought a seat. In 2013, Prime Minister Stephen Harper’s government announced it would not seek a spot in the 2014 election. Critics saw the decision as a sign Canada was disengaging from such multinational organizations.

In June of 2020, Canada lost its second consecutive bid for a UN Security Council seat. Prime Minister Justin Trudeau had led a costly, high profile campaign for the seat, and the loss prompted questions about Canada’s approach to international affairs and foreign policy under his government. 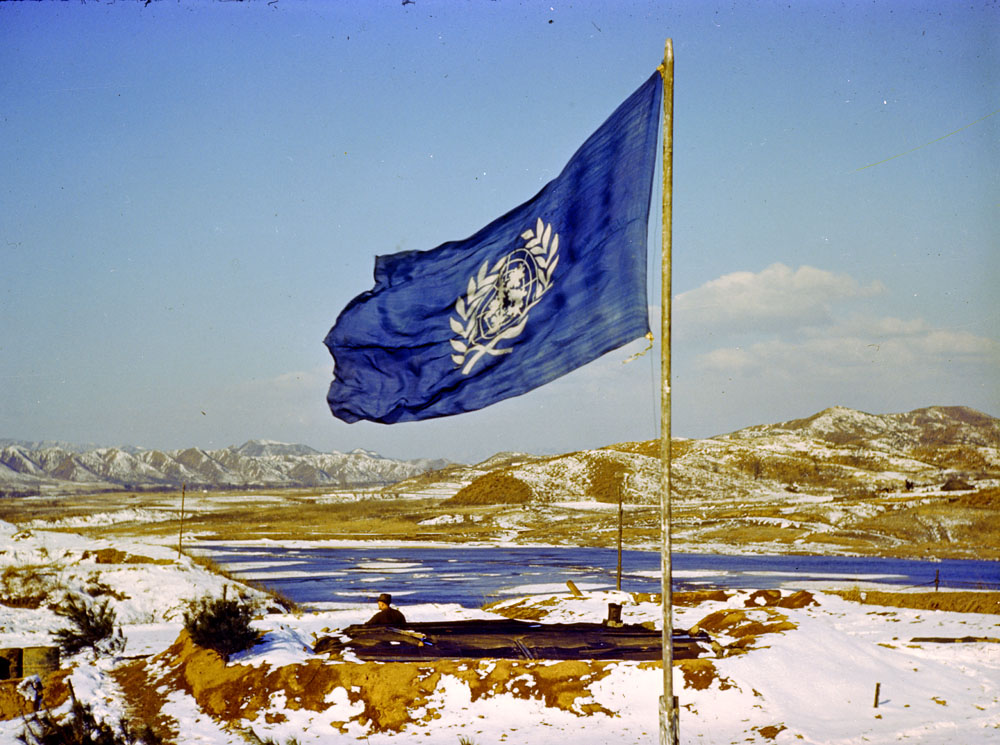 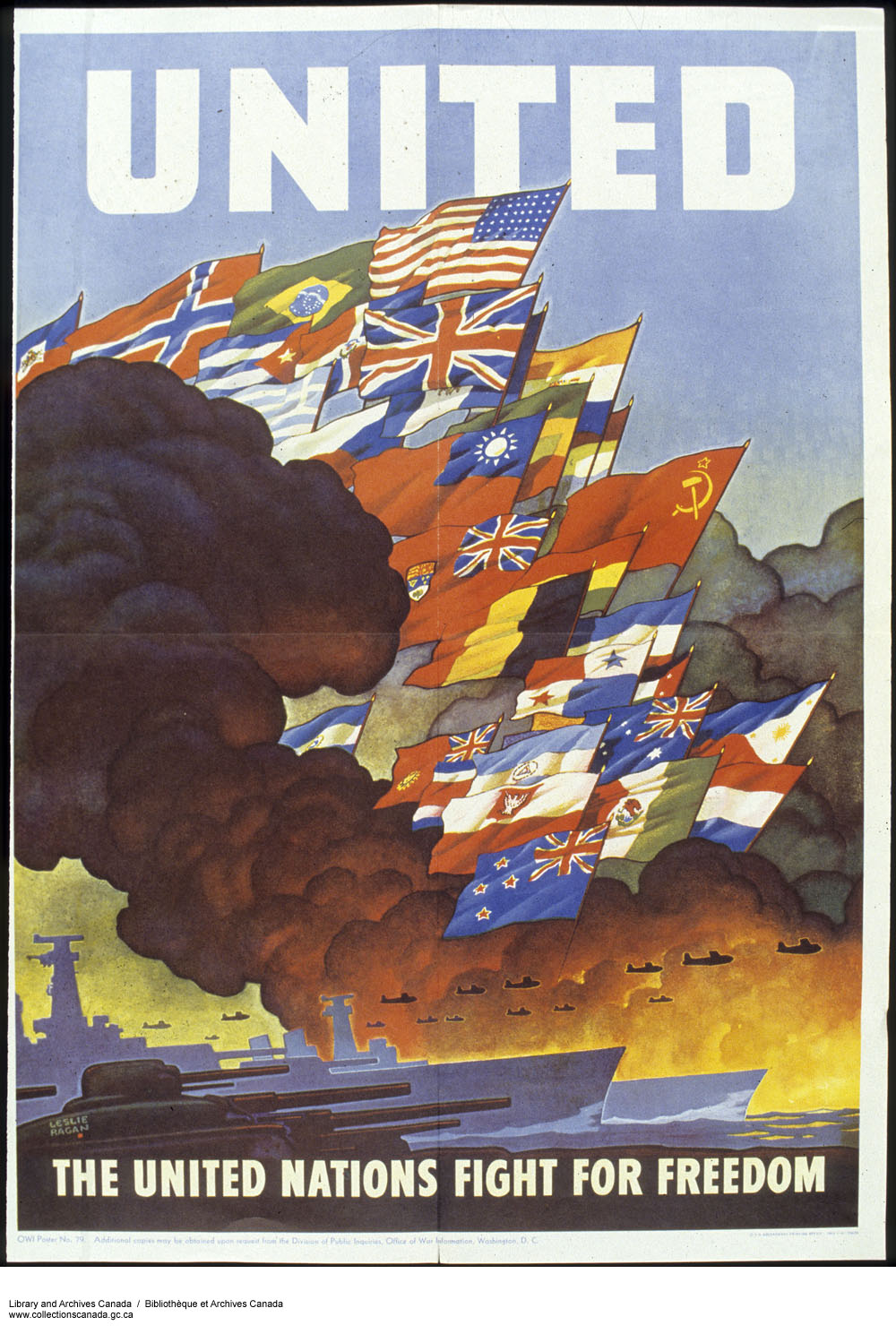 A poster for the United Nations in 1943, issued by the United States Office of War Information. Image: Harry Mayerovitch/Library and Archives Canada/1981-32-23
PreviousNext

​The United Nations first tried to impose its will militarily in 1950, when it supported South Korea against North Korea in the Korean War. The Security Council was then dominated by Western countries, and boycotted by the Soviet Union. At the time, China’s seat represented the Western-leaning Republic of China, based in Taiwan (the communist People’s Republic of China took over the seat in 1971). The US led the drive to armed intervention in Korea under the UN banner, and Canada supported the effort with more than 26,000 troops.

The war ended in a stalemate in 1953. Since that time the Security Council has concentrated instead on trying to achieve peaceful settlements to other world conflicts, including the provision of peacekeeping forces, in which Canadians have played a major role.

Lester B. Pearson, Canada’s prime minister from 1963–1968, served as president of the UN General Assembly in 1952. In 1956, he proposed and helped develop a UN peacekeeping force to find a diplomatic solution to the Suez Crisis in Egypt. Pearson received the 1957 Nobel Peace Prize for the success of his peacekeeping solution.

Although global security was the major reason for the UN's creation, economic and social questions have come to share the limelight. Specialized UN agencies such as the World Health Organization and the UN High Commission for Refugees do high-profile work in poor or troubled regions around the globe, while the UN's International Court of Justice has an agenda that now goes far beyond the adjudication of political disputes.

Since 1945, enormous changes in science, technology, and global trade and industry have required new international conventions, laws and infrastructures to be enacted or administered by the UN in areas such as space law, commerce, travel, seabed mining and satellite communication.

Today the UN is essentially a network of institutions for multilateral diplomacy rather than a world government, and as such its achievements depend upon the collective strength and agreement of its members. That is why it has struggled to resolve such problems as the escalating arms race, refugees, regional conflicts in the Middle East, Cambodia, Cyprus, Rwanda and the Balkans, and the increasing gap between rich and poor.

The 1980s revealed signs of severe strains in the organization. There were years in which large member-states withheld funds earmarked for UN programs which did not meet their expectations. This, along with inefficient financial management and duplication, put the UN's continued operation in jeopardy. The US and Britain even withdrew from agencies such as UNESCO — the UN's education, science and cultural arm.

Canada preferred to work from within to reform the organization rather than become a disengaged critic. Along with subsequent budget restraint at the organization came some notable successes which served to bolster confidence in the UN system: a declaration on international terrorism, a massive famine relief program for Africa, the superpowers' use of the UN as a forum for reaching world opinion on arms control, and the resolution of the Iran–Iraq Gulf War. 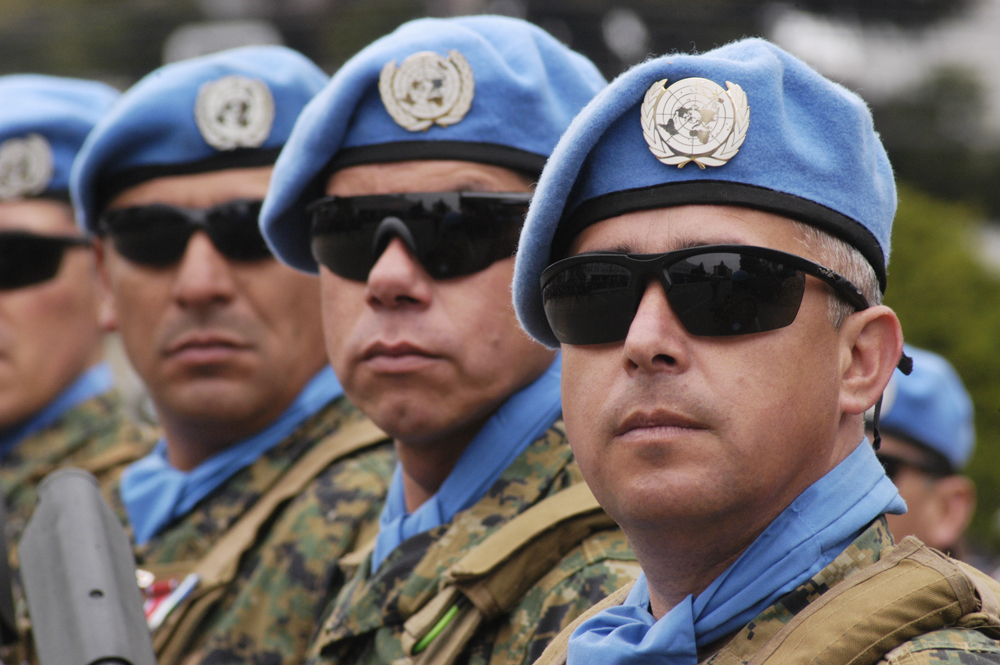 Military personnel of the UN, belonging to the army of Chile during the military parade.

Logo/symbol of the United Nations at the front entrance of the Palais des Nations in Geneva, Switzerland. 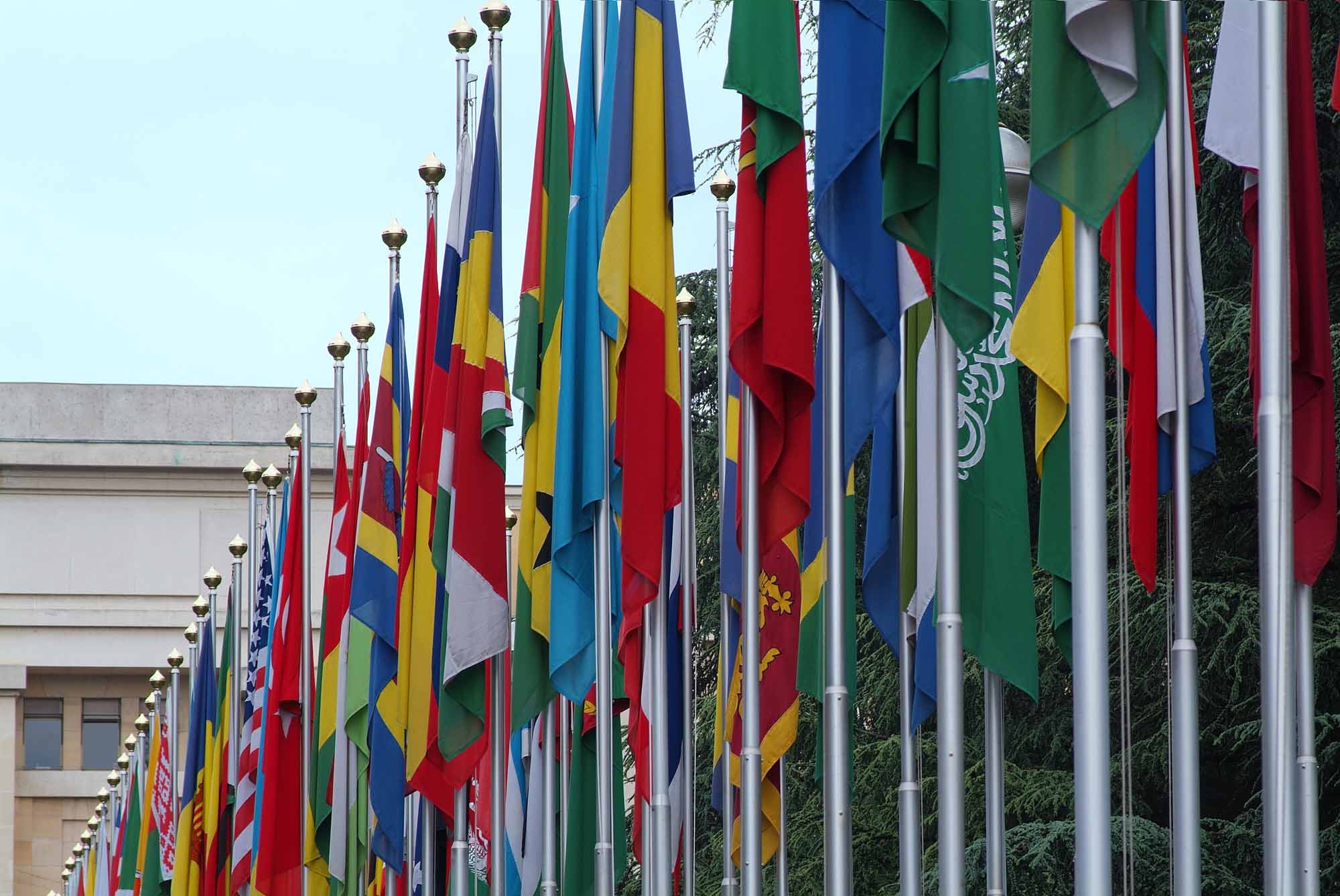 Canada has traditionally believed that working with other nations offers the best hope for dealing with global problems such as pollution, racial discrimination, hunger, sexual discrimination, and others that trouble and ultimately affect Canadians.

Critics argue the UN is ineffective, inefficient and unable to solve problems such as world hunger, or to prevent atrocities during conflicts. UN peacekeeping forces were unable, for example, to prevent the 1994 Rwanda genocide, or to protect civilians killed in the 1995 Srebrenica massacre during the Bosnian War. (See Canadian Peacekeepers in Rwanda; Canadian Peacekeepers in the Balkans.)

Defenders of the organization argue that however frustrating the UN system may at times be, its essential purpose is being served as long as it provides the principal forum for discussing issues of conflict and human security, and helps prevent the centuries-old effort to create a world order through violent conquest.

Canada and the League of Nations