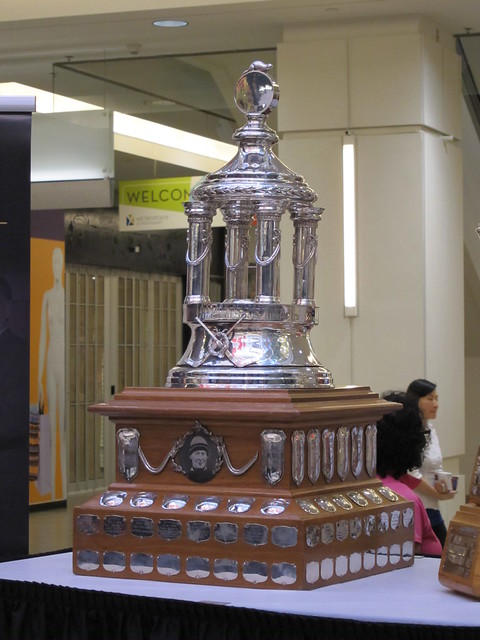 The Vezina Trophy was first presented in 1927 in memory of Georges Vézina, the Montreal Canadiens goaltender who collapsed during a game on 28 November 1925 and died of tuberculosis a few months later at the age of 39. The trophy was donated by Canadiens owners Leo Dandurand, Louis Letourneau and Joe Cattarinich.

In 1946, the NHL clarified the criteria for the Vezina Trophy, which would be awarded to the main goalie for the team that had allowed the fewest goals in the regular season. However, as the game evolved, and teams regularly employed more than one goalie, the criteria for the Vezina Trophy changed as well. In 1965, the league allowed goaltenders to share the award, as long as they had each played at least 25 games for the team (e.g., Johnny Bower and Terry Sawchuk of the Toronto Maple Leafs shared the trophy for the 1964–65 season). On one occasion, goaltenders from different teams shared the award: in 1973–74, the Philadelphia Flyers and Chicago Black Hawks tied for the lowest number of goals against, so the trophy was presented to both Bernie Parent and Tony Esposito.

Since the 1981–82 season, the Vezina Trophy has been awarded to the league’s outstanding goalie, as determined by a poll of all NHL general managers. Since 1982, the league has awarded the William M. Jennings Trophy to the goalie(s) with at least 25 games on the team that allowed the fewest goals.

Jacques Plante won the Vezina Trophy seven times, including five consecutive trophies between 1956 and 1960. In 1969, he shared the award with Glenn Hall. Bill Durnan and Dominik Hasek won the Vezina Trophy six times, followed by Ken Dryden with five, and Terry Sawchuk, Martin Brodeur, Michel Larocque and Cecil Ralph “Tiny” Thompson with four. Canadiens goaltenders have won the most Vezina Trophies with 29. 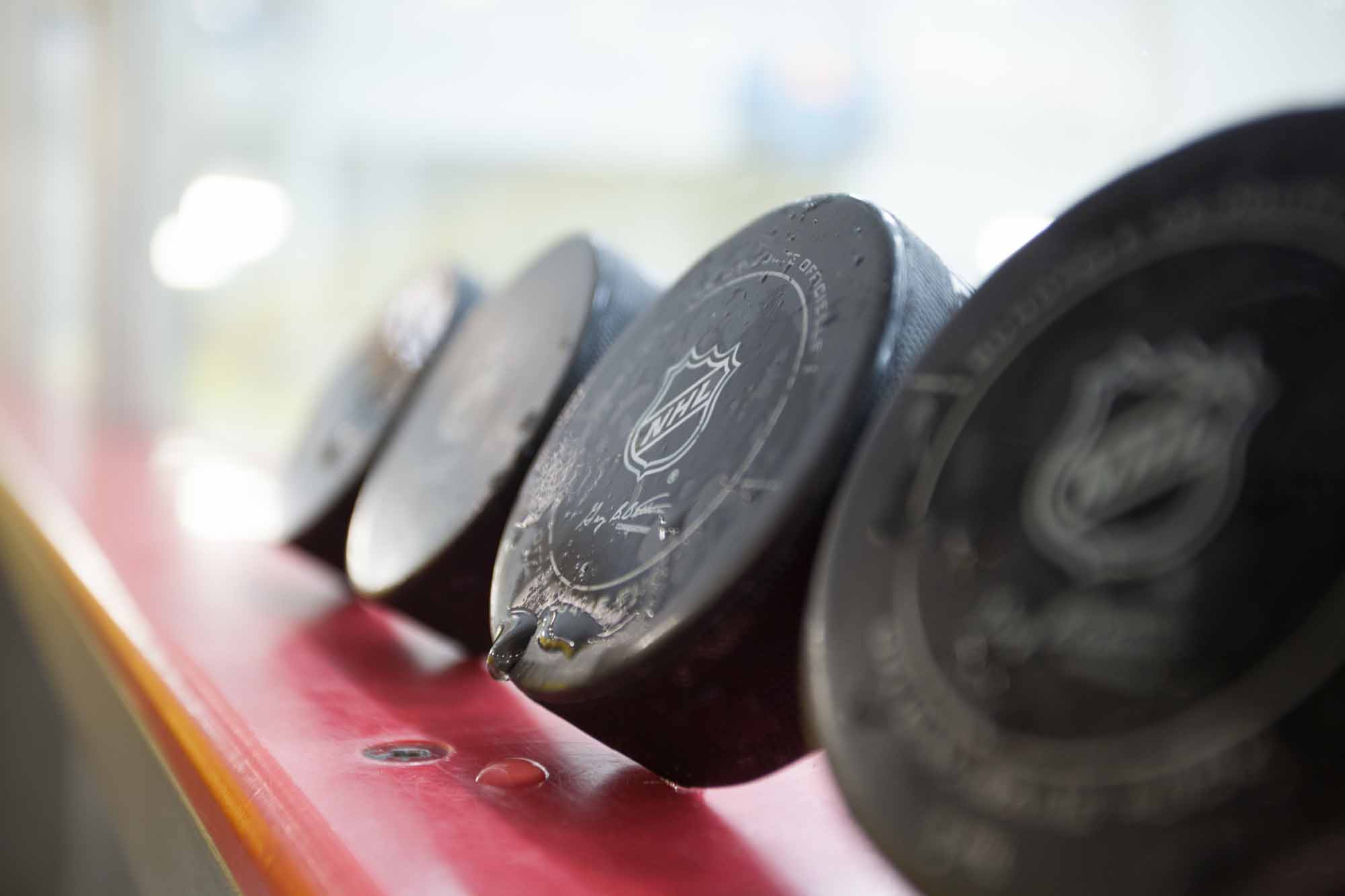