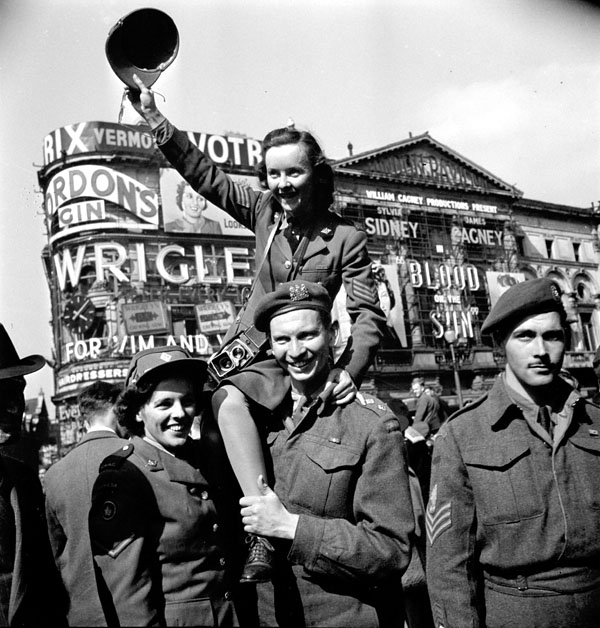 Canada in the Pacific

During the 1930s, Japan steadily expanded its empire via military conquest throughout East Asia. In response, Canada, like other western nations, placed economic sanctions on Japan, but the two countries were not at war. That didn't happen until the Japanese bombing of Pearl Harbour on 7 December 1941. Prime Minister William Lyon Mackenzie King and his cabinet declared war against Japan that day. Canada had already been at war with Germany for more than a year, and became the first country to officially declare war on Japan — just ahead of the United States' declaration. 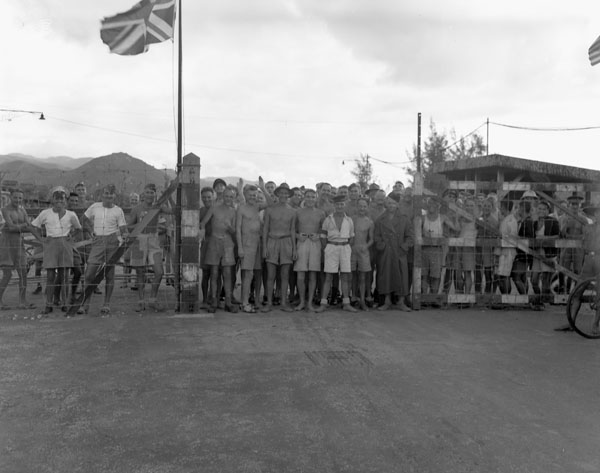 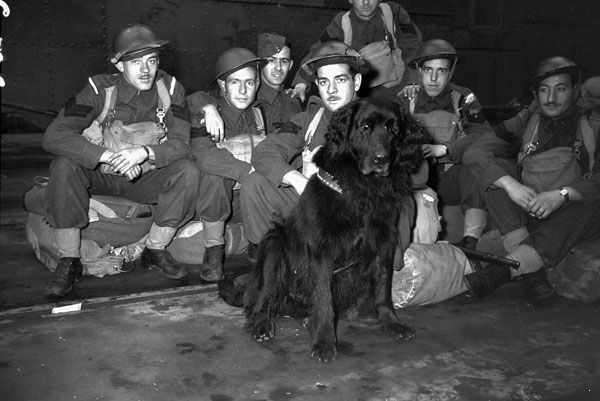 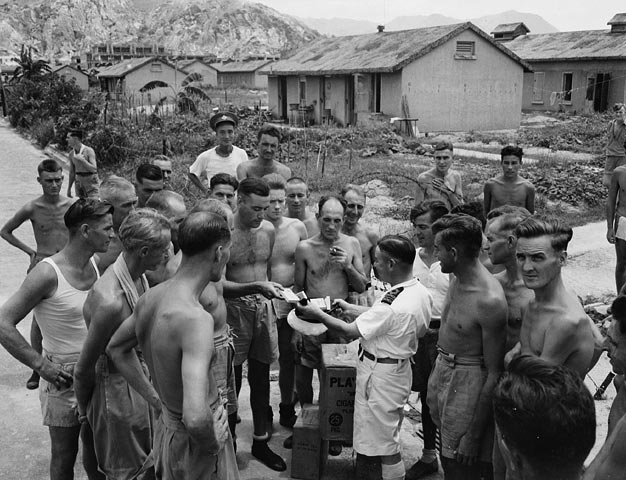 Shortly after the attacks on Pearl Harbour, Japan attacked Allied forces throughout the Pacific, including in Hong Kong. Two Canadian regiments, the Royal Rifles and the Winnipeg Grenadiers, had earlier been sent to Hong Kong to help defend the British colony. The Japanese invasion proved to be too strong, and on 25 December the colony surrendered. Of the 1,975 Canadians involved in the defence of Hong Kong, 557 were killed or died in prison camps in the years that followed.

Over the next three-and-a-half years, Canadians played only a small role in the Pacific war — attached to British or Allied combined operations units. Victory in Europe arrived on 8 May 1945. The war in the Pacific ended four months later, when the United States dropped two atomic bombs on Japan — one on Hiroshima and one on Nagasaki.

On 14 August, five days after the second atomic bomb, Japanese Emperor Hirohito accepted the United States’ demand for unconditional surrender. Due to a difference in time zones, news of the surrender reached Canada and other Allied nations the following day. The official signing of Japan's surrender, in a ceremony on board the American battleship USS Missouri in Tokyo Bay, didn't occur until 2 September.

From London, King George VI conveyed his joy in a speech to Canada and the Commonwealth: "The war is over. You know, I think, that those four words have for the Queen and myself the same significance, simple yet immense, that they have for you. Our hearts are full to overflowing, as are your own. Yet there is not one of us who has experienced this terrible war who does not realize that we shall feel its inevitable consequences long after we have all forgotten our rejoicings of today."

The surrender gave Canadians and the people of other Allied nations an overwhelming sense of relief. As they had on Victory in Europe Day, Canadians took to the streets to celebrate the defeat of Japan, and what would be the start of the return of soldiers, sailors and airmen deployed across the globe. 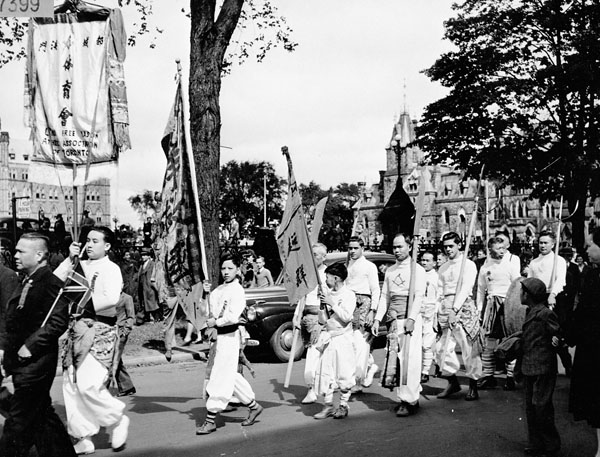 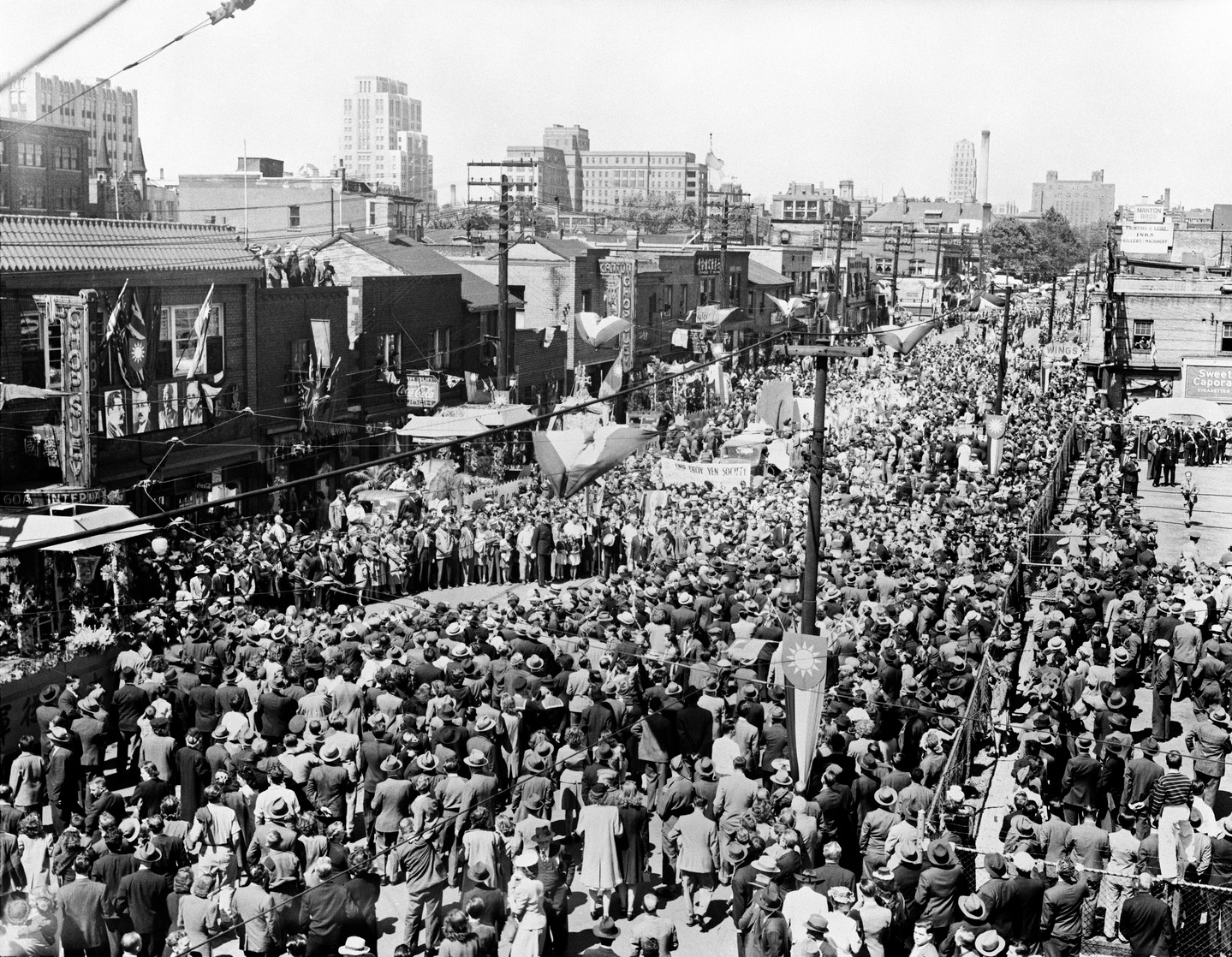 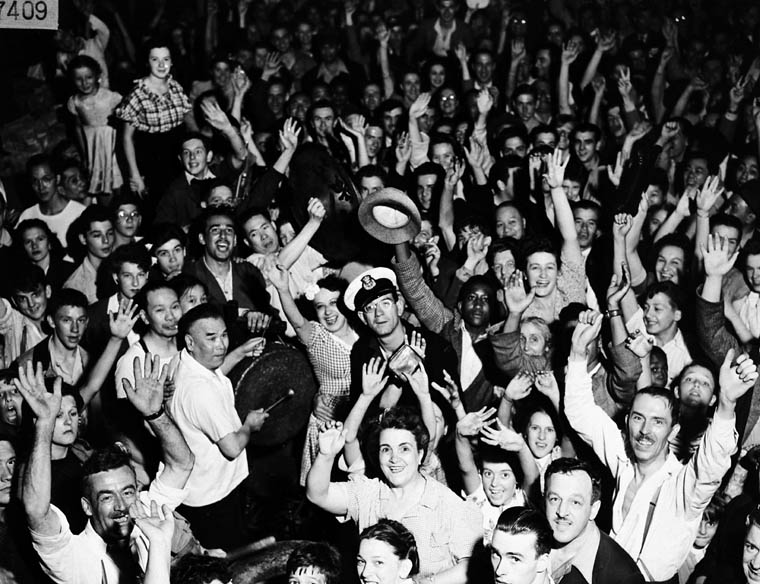 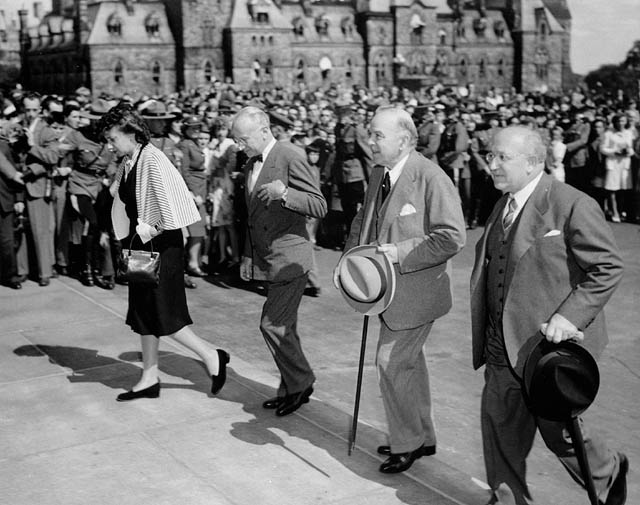 Canadians came out of their homes and offices, filled the streets, rang bells and embraced one another, sharing their relief and joy. In cities with large Chinese populations such as Montréal, celebrations exploded with particular exuberance — much of China having been under Japanese occupation since before the war.

Some of the revelry devolved into looting and rioting. In Sudbury, Ontario, mobs smashed windows and looted goods from storefronts, causing $40,000 in damage to downtown Sudbury, according to the Sudbury Star. Newspapers in British Columbia also reported similar disturbances. In Victoria, police were used to disperse crowds breaking windows.

Halifax had been the scene of shocking riots on VE-Day. On VJ-Day things were kept under control in the city — with its large numbers of Navy personnel — thanks to a strong police presence and the guarding of liquor stores. 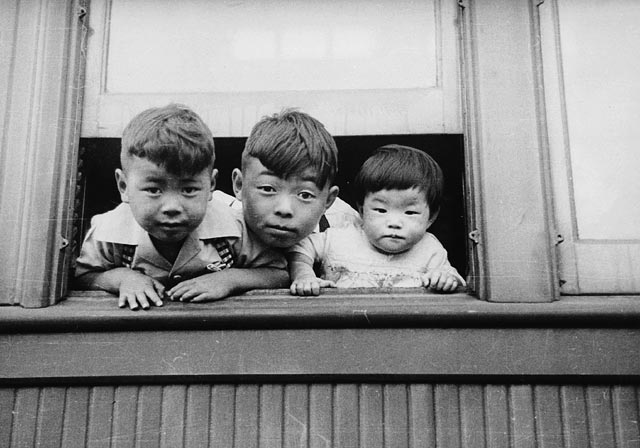 In 1941, after Pearl Harbour, the federal government had forced nearly 22,000 Japanese Canadians — more than half of whom were Canadian citizens by birth — out of their homes and farms, mostly on the British Columbia coast, and into internment campsin the interior. But VJ-Day didn’t bring immediate freedom, or the end of persecution. After the war, Mackenzie King said that Japanese Canadians should return to Japan, or move away from the West Coast, to east of the Rockies.

Thousands of internees were deported to war-ravaged Japan; others were forced to relocate permanently to other parts of Canada.

The persecution of Japanese Canadians, including controls on their residency and property ownership, was only gradually eased. The final restriction was only lifted in 1949, when Japanese Canadians were allowed to vote in elections.