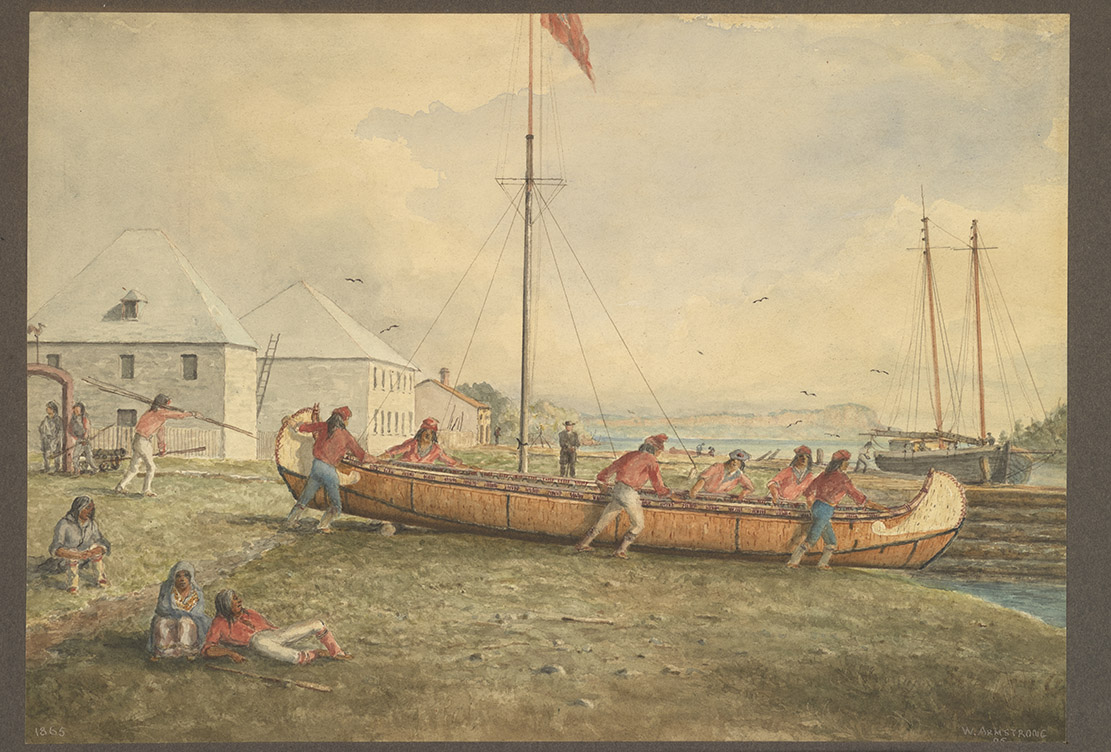 William Armstrong, civil engineer, artist, photographer (b at Dublin, Ire 28 July 1822; d at Toronto 8 June 1914). He immigrated to Toronto in 1851, and his work as a railway engineer gave him opportunities to indulge his hobby of painting in not yet settled parts of the country. He painted native life in the style of Paul KANE and his sketches of troops in the RED RIVER REBELLION (1870) appeared in the Canadian Illustrated News. He was a competent watercolourist and in works such as The Arrival of the Prince of Wales at Toronto (1860) he has left a valuable record.

He was much admired in his day and, as drawing master at the Toronto Normal School for 26 years, had a lasting influence. He was associate member of the Royal Canadian Academy at its founding. Armstrong was also one of the earliest collodion wet-plate practitioners, but few of his photographs have survived.