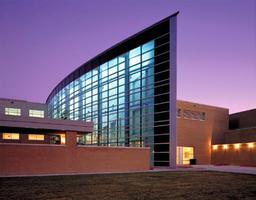 The Young Men's Christian Association is a worldwide charitable organization that offers a wide range of opportunities for the development of persons in spirit, mind and body and service to the human community. Founded in 1844 in London, England, by George Williams, it spread rapidly to other cities where groups of young men wished to protect themselves against the temptations of modern urban life. The first North American association appeared in Montréal in 1851 and a Canadian National Council was organized in 1912. The YMCA's original goal was the spiritual improvement of young men, and for many years it was closely tied to the Protestant evangelical churches. Today it serves people of both sexes and all ages, walks of life, races and religions. The Canadian YMCA is among the largest providers of programs in fitness, recreation, child care and employment training, and has promoted camping, adult education and international development projects. Currently, over 400 000 Canadians hold memberships in the YMCA, while over 1.5 million people use its available services.