The earliest manifestation of anti-Jewish sentiment was the expulsion in 1808 of Ezekiel Hart from the Quebec legislature, though this may have been more the result of his politics than his religion. A major exponent of anti-Semitism in the 19th century was the prominent writer and critic Goldwin Smith. A pathological anti-Semite, Smith disseminated his hatred in dozens of books, articles and letters. Jews, he charged, were"parasites," "dangerous" to their host country, and "enemies of civilization." His anti-Jewish tirades helped set the tone of a still unmoulded Canadian society and had a profound impact on such young Canadians as William Lyon Mackenzie King, Henri Bourassa, and scores of others. Indeed, in 1905, in the most explicitly anti-Jewish speech in the history of the House of Commons, Henri Bourassa, borrowing heavily from Smith, urged Canada to keep its gates shut to Jewish immigrants.

Anti-Semitism was particularly acute in Quebec, where the Catholic Church associated Jews with modernism, liberalism and a host of other "dangerous" doctrines. From 1880 through to the 1940s such Catholic journals as La Vérité, La Semaine réligieuse and L'Action sociale and activists such as Jules-Paul Tardivel helped spread anti-Jewish sentiment throughout the province.

The most notorious incident of violence against Jews occurred in Québec City in 1910. Following a particularly inflammatory address by a well-known anti-Semite, Joseph Plamondon, some of the audience attacked Jewish storekeepers and damaged their businesses. The aggrieved Jews launched a civil action against Plamondon. Four years later the courts finally awarded them minimal costs; but the onslaught continued.

Anti-Semitism Between the Wars

Leading the attack from the 1920s was the respected French-Canadian intellectual Abbé Lionel Groulx. In many ways, what Goldwin Smith was to English Canada in the 19th century, Groulx was to French Canada in the 20th century. His savage denunciations of the Jews influenced the province's elite — its clerics, politicians, teachers and journalists. (See also Delisle-Richler Controversy.) Not only were Jews denounced in the Catholic press but popular newspapers also joined in the assault. (See also Action Nationale; Le Devoir.) Out of this was created the "Achat Chez Nous" movement, an attempt by Church and nationalist leaders to institute a boycott of all Jewish businesses in the province, thus forcing the Jews to leave. As well, since in the view of the Catholic and Protestant clergy Quebec was a Christian society, Jews were barred for years from various school boards. What is most surprising about this concerted campaign against the Jews was that they made up only one percent of Quebec's population.

Anti-Semitism was not limited to one province; it existed — indeed thrived — elsewhere in Canada. In English Canada, organizations such as the Social Credit Party, the Orange Order, and the Native Sons of Canada were rife with anti-Jewish sentiment. One of the worst eruptions of ethnic and anti-Semitic violence in Canadian history occurred in Toronto in 1933 with the Christie Pits riot. The riot was sparked by displays of swastikas to provoke the Jewish community.


For Canadian Jews in the 1920s and 1930s, quotas and restrictions were a way of life. Many industries did not hire Jews; educational institutions such as universities and professional schools discriminated against them. Jewish doctors could not get hospital appointments. There were no Jewish judges, and Jewish lawyers were excluded from most firms. There were scarcely any Jewish teachers. Jewish nurses, engineers, and architects had to hide their identity to find jobs in their fields.

Furthermore, there were restrictive covenants on properties preventing them from being sold to Jews. As well, many clubs, resorts, and beaches were barred to Jews. Signs warning "No Jews or Dogs Allowed" or "Christians Only!" could be found on Halifax golf courses and outside hotels in the Laurentians. The same was true for the cottage areas in Ontario, the lake country of Manitoba, and the vacation lands of British Columbia.

Worst of all, at least for the Jews desperate to get out of Nazi-infested Europe, anti-Semitism had permeated into the upper levels of the Canadian government. While Prime Minister William Lyon Mackenzie King was worrying that Jewish immigration would "pollute" Canada's bloodstream, his government was ensuring that no more would be coming. One particularly bad case was that of the Jewish refugees aboard the ship MS St. Louis. They were denied entry because of discriminatory immigration policies and had to sail back to Europe where many later died because of the Holocaust. It is no surprise therefore that Canada had by far the worst record of any Western or immigration country in providing sanctuary to the Jews of Europe in the 1930s and 1940s. (See also Canada and the Holocaust.)

Why Was Canada So Anti-Semitic?

Some hated Jews for religious reasons — after all, they had "killed Christ" and had refused to repent or convert to Christianity. To others the Jew was the symbol of the millions of foreign migrants who had entered Canada since 1900. They hated Jews because they were the most visible element of this "mongrelization" of Canada. To the Canadian elite — its leaders, teachers and intellectuals — the Jew did not fit their concept of what a Canadian should be. Theirs was to be a country of farmers and homesteaders, and they believed Jews could not become successful agriculturalists. They saw Jews as city people in a country that wished to build up its rural base.

Since the Second World War, anti-Semitism has been on the decline in Canada. New ideas — and leaders — replaced the old order; attitudes, old habits and traditions were slowly transformed. The creation of the state of Israel changed stereotypes about Jews, and overt anti-Semitism was reduced. In the House of Commons, there was still an occasional outburst from Social Credit members, and from a tiny handful of Parliamentarians from Quebec. However, for the most part, vocal attacks against Jews have been banished from the public arena — though not necessarily from board rooms and private clubs.

By the 1970s and 1980s most of the earlier barriers had been removed. Human rights commissions, the Canadian Charter of Rights and Freedoms, and scores of statutes and judicial decisions guaranteed that the discrimination once so rampant in Canada against Jews — and others — would never reappear. Jews were now playing an increasingly crucial role in all sectors of Canadian society — in politics, law, medicine, arts and business.

There are still residues of anti-Semitic feeling in Canada. This is highlighted by anti-Jewish hate crimes like vandalism and by the activities of some right-wing Holocaust-denial groups. 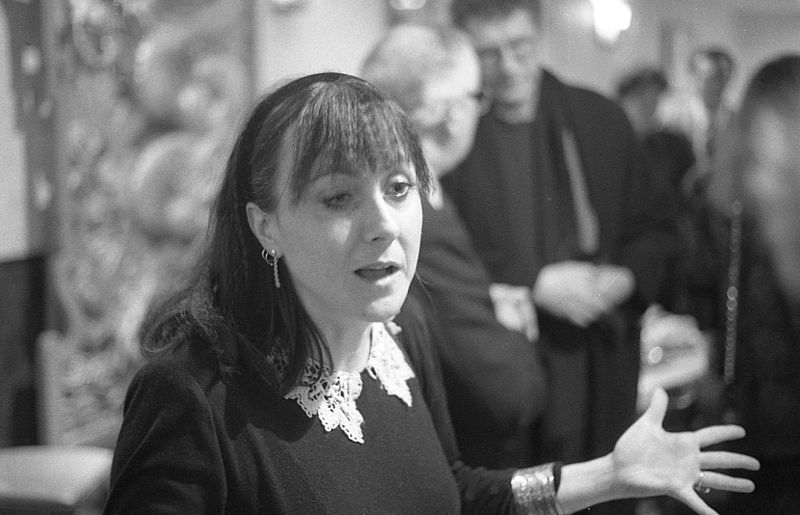